The Devon Rex is quite a new cat breed that was accidentally discovered in the region of Devonshire back in the 1960s.
Because of her peculiar features, such as her large triangular head and huge eyes, she received various nicknames such as alien cat, pixie cat, or even bat.

The Devon Rex’s unique look has proved to be one of her striking points as it captured the attention of many people around the world.

With her mischievous yet quirky, sweet, and lovable personality, the Devon Rex manages to win the hearts of numerous cat enthusiasts in the UK and around the world.

The American Shorthair cat is a medium-sized feline that is native to the United States. However, the cat breeds that were used to develop her, including the British Shorthair, came from Europe. She was first created in 1904 for the purpose of being an alert and hard-working mouser.

The American Shorthair cats are very attached to their families. Whilst they are affectionate feline companions, they are also independent. Unlike other cat breeds, they do not need constant human company.

These cats can entertain themselves even without their loved ones around. For this reason, they are one of the most popular cat breeds in the UK.

The eye-catching Sphynx cat originated in Toronto, Canada. She was known as the Canadian Hairless before her name was changed to Sphynx. This cat became one of the most popular breeds because of her distinct looks and sweet nature.

The Sphynx cats have hairless bodies and sharp green eyes. They are friendly furry friends that love to be involved in their families’ activities. They are always ready to impress their owners with their incredible acrobatic skills.

Although their faces may appear displeased, they are clowns with a wonderful sense of humour.

One of the top popular cat breeds in the UK is the Scottish Fold. She is a cat with folded ears that originally came from Pertshire, Scotland, hence the name of this cat breed. However, here’s a fun fact: not all Scottish Folds’ ears fold, as some remain pointed.

The Scottish Folds are highly sociable and outgoing. These domestic cats crave for adventure and fun, and they want their family to be in on it. Having Scottish Fold cats around in your home will keep boredom away.

The Bengal has a blood of a wild cat in her veins. To create her, domestic tabby cats were crossed with Asian Leopard cats. The Bengal cat is closely related to her wild ancestors. Thus, she is very active and is naturally fond of exploring the world around her.

Why is the Bengal one of the most popular cat breeds in the UK? This agile and playful cat is friendly and enjoys interacting with her loved ones. Bengal cats are notoriously smart and clever as well. They may pull off hilarious kitty pranks on you if you are not too careful.

The Ragdoll cat was created in California in the 1960s. She got her name from her adorable ability to go limp when carried. This cat exudes elegance and grace, from her baby blue eyes to the tip of her fluffy tail.

The Ragdoll cats are even-tempered cats with doglike personalities. They are extremely friendly and would greet guests on the front door. Don’t be surprised if start shadowing you everywhere you go.

The British Longhair has been around since the 1870s. This magnificent cat is dubbed ‘Britannica’ in Europe, whilst in other parts of the world, including the US, she is called ‘Lowlander.’

This long-haired cat is known for her relaxed, quiet, and charming nature. She is able to find her own means enjoyment when left alone.

As a sedentary cat, there’s nothing more satisfying to her than relaxing with her loved ones. It is no surprise that this cat breed has become well-loved by many people in the UK.

The British Shorthair cat has lovingly earned the moniker ‘teddy bear’ because of her thick fur and chubby face. This large cat was brought to the UK from Egypt back in the 1st century AD.

The Persian cat is famously known for her elegant appearance and luxurious fur. She is also considered as one of the oldest cat breeds that ever existed.

However, her origins are still a mystery since there were no proper breeding records established back in ancient times.

The Persian cat is quieter compared to other felines. Although she is rarely vocal, a lot of cat enthusiasts attest that her meows are one of the sweetest sounds you can ever hear. Many people choose to have a Persian cat as their furry companion because of her sweet and affectionate nature.

The Most Popular Cat Breed – The Siamese Cat

The Siamese was a king’s favourite in Thailand. In fact, she is known as the Royal Cat of Thailand. The Siamese cat first appeared in Victorian England in 1871 during the London’s Crystal Palace Cat Show.

Later on, this cat breed became renown in Hollywood. The Siamese cat was featured in various family movies including Lady and the Tramp and The Aristocats.

The Siamese cat is known for creating a strong bond with her owners. She loves to follow after her favourite humans just like dogs do! She is also an affectionate and bold cat that will not hesitate to inform you through her meows that its cuddle time.

The Siamese is more social compared to other cats. She will appreciate your company over being left home alone.

There is a dispute about the puppy training pads’ effectiveness in potty training. Some attest that they helped pups move forward in training, whilst … END_OF_DOCUMENT_TOKEN_TO_BE_REPLACED 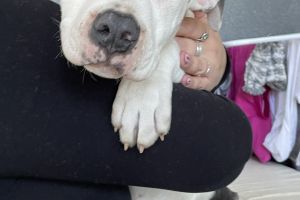 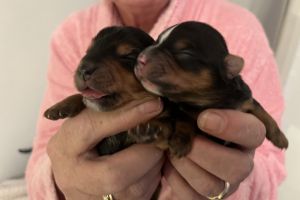 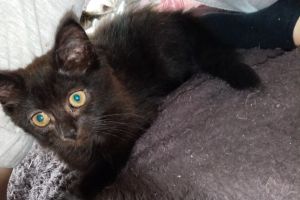 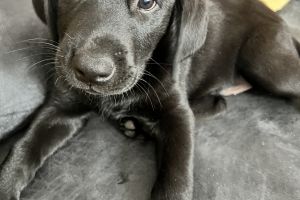