Bold, loyal, and fiercely courageous when faced with a threat, guard dogs are ready to spring into action to protect their masters from danger. Some dog breeds have strong instincts to defend their families than others. This makes them a perfect fit for this role. If you are looking for the best guard dog breeds, we have especially prepared this list for you.

A canine with an imposing build and strong personality, the giant schnauzer has all that it takes to be a guard dog. His devotion to his family members greatly motivates him to safeguard them from any threats.

Due to his highly dominant nature, the giant schnauzer requires rigorous amounts of training to become a confident and assertive guard dog. Families with small children need to supervise when he spends time with the young ones. This is to prevent him from accidentally knocking down small children due to his large size.

The Staffy, as the breed is often called, is a well-muscled breed that was originally bred for bear fighting and bullfighting. Despite his medium-size body, the Staffordshire bull terrier is very capable of standing his ground.

He has a fierce and protective nature, which makes him a great guard dog. With that said, proper training and socialisation are necessary to prepare him for the job. The breed is known to show aggressiveness only when protecting his family.

The bull mastiff is a powerful and hefty breed primarily created to fend off poachers. As a family pet, he is extremely lovable and strongly attached to his humans. He does not ask for lots of attention, unlike some breeds, since he is quite an independent canine. However, expect him to fiercely defend his family once he senses a threat.

Because of his huge size and self-reliant nature, he is not the best choice for new dog owners. The bull mastiff requires a great deal of proper socialisation and training, so that he matures into a well-balanced family companion.

Originally bred to protect livestock and ward off thieves and wild animals, the Bulgarian shepherd dog is a brave and alert canine wholly dedicated to his work. Thus, if he is properly trained to be a guard dog, expect that he will perform his duty well.

Since he is a herding dog, the Bulgarian shepherd dog adapts more quickly if he lives in the countryside. It offers him lots of space to run around and expend his energy.

The Komondor is popularly known for his dreadlock-like coat. His appearance may seem adorable and comical, but he is a robust herding dog with a protective streak. He possesses natural guarding skills, which make him an excellent guard dog.

The Komondor is an amiable and kind family companion, but an aloof canine to strangers. Therefore, he must undergo proper training and socialisation to ensure that he has a sound judgement of his surroundings.

The Hungarian puli shares almost the same look as the Komondor with his moplike appearance. The breed was created to herd livestock and deter any predator that tries to snatch them away. Because of his work, the puli is extremely alert and cautious of his surroundings. Once he senses an intruder, he will bark to alert his master.

The puli is an outgoing family pet that thrives in engaging fun family activities. Thus, he is a great addition in families that have an active lifestyle.

The litheness and agility of the Dobermann pinscher are some of his best traits as a guard dog. The Dobermann has incredibly fast reflexes, which allow him to quickly catch suspected intruders.

Apart from his fleet of foot, the Dobbie is highly valued for his unshakable bravery and deep loyalty to his family. Since he is a very energetic dog breed, an ample amount of exercise is required to prevent him from developing destructive behaviours.

The Beauceron is a hard-working dog that can take on several challenging tasks, from guarding his family and herding livestock to hunting wild boar. His incredible skills also led him to be a part of law enforcement as a military and K-9 dog. His bravery, keenness, and high intelligence make him a dependable guard dog.

In a household setting, the Beauceron is a loving dog that relishes in pleasing his family, which makes him easy to train. Due to his high energy levels, he does well in families that love the great outdoors.

Despite the Great Dane’s massive physique, he is a sensitive and docile family companion. He is a great fit for first-time dog owners. The breed’s big love for his humans makes him an excellent guard dog.

Although he is not a highly territorial or protective dog, if he senses that his loved ones might be in danger, he won’t hesitate to keep them safe. The Great Dane’s humongous size alone is threatening enough to scare off intruders.

The Belgian Malinois is commonly used as a protection dog and police dog. This attests to his impressive skills as a working canine and makes him one of the best choices as a reliable guard dog.

The Belgian Malinois closely resembles the German shepherd, but he has a smaller physique. The breed also possesses higher levels of energy compared to his larger counterpart. Due to his energetic nature, he fits perfectly in families that have an active lifestyle.

The German shepherd is often used as a police dog. After all, he fits the job since he is a fearless canine with a steadfast and daring personality. These traits also make him one of the best guard dogs for families.

The German shepherd may look intimidating, but he is actually a sweet and lively canine companion. However, he won’t hesitate to bare his fangs to whoever tries to put his loved ones’ lives in danger.

The Rhodesian ridgeback is a cuddle bug that loves to be showered with affection. However, his sweetness doesn’t hinder him from becoming a proficient guard dog. The breed is primarily developed to take down lions.

What is the best small guard dog?

The Giant schnauzer’s smaller counterpart, the miniature schnauzer, is one of the best small guard dogs around. He may be a small pooch, but he is just as capable of protecting his family as the giant schnauzer.

Whilst he is not prone to aggression, he will display fierceness once he senses a threat. His cheerful and outgoing nature makes him a great canine companion. This breed is well-suited for families and apartment dwellers.

All of these 12 breeds listed above are excellent choices as family guard dogs. However, each of them has distinct personalities and differs in needs.

To pick the best guard dog for your family, you need to think about the ideal traits that you wish your family pet to have. It is also crucial to take into consideration the kind of lifestyle that you have to ensure that your dog fits perfectly in your life and home.

What is the best guard dog for a farm?

The best guard dogs to keep in the farm are breeds that are originally bred to protect livestock. In our list, the Beauceron, Bulgarian shepherd dog, Hungarian puli, and Komondor are the top guard dog breeds that would do well in guarding farms.

Keep in mind that they tend to have higher prey drive compared to other dogs. Thus, they need constant training throughout their lives.

Many dogs love bananas. Can cats have bananas too, or should pet parents keep these fruits to themselves? Evaluate the benefits and risks of feeding … END_OF_DOCUMENT_TOKEN_TO_BE_REPLACED 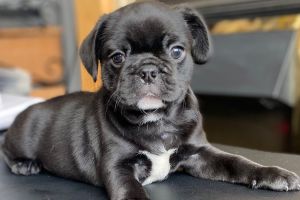 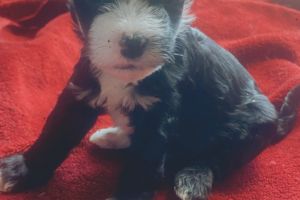 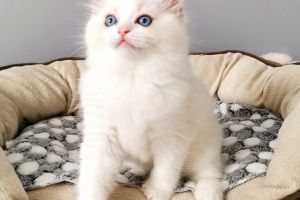 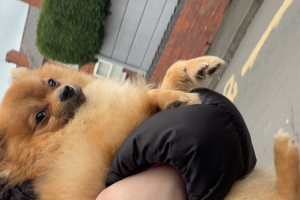