A new poll has proven an unbreakable bond between dogs and humans despite the stresses in the world today. 53% out of the 2,000 subjects preferred the company of their pets rather than their best human companions. 17% opted to have quality time with their pets rather than their partners. Out of the 221 pedigree dog breeds recognised by the Kennel Club, not to mention the numerous mutt populations worldwide, there is always a dog type for everyone. So, how much do you really know your favoured furry companion? We have plenty of dog facts that will amaze even the most experienced pet owners.

1. Puppies are born blind and deaf.

Puppies are brought to the world in a helpless condition. They are born blind, deaf, and toothless but they are very sensitive to the sense of touch. It takes several weeks for all of their senses to fully develop.

2. Their intelligence is comparable to a two-year-old baby.

How smart is a dog? The intelligence of an average dog equivalent to a toddler. This is unsurprising given that dogs positively respond to basic commands such as sit, stay, come, and roll over. Border collies, golden retrievers, and German shepherds are just some of the most trainable dog breeds.

3. Dogs can actually see in colour.

Contrary to popular belief that dogs are colour-blind, dogs can indeed see colours. However, they can only read the blue-yellow spectrum and not the red-green spectrum. They may have a limited colour range but they have night vision.

As we all know, canines have a more advanced sense of smell than we do. This is to the extent of actually smelling diseases. In fact, the dog’s nose has 300 million scent receptors. Humans only have 5 million receptors.

If you are wondering why your dog makes little movements whilst sleeping, he is dreaming. Puppies and senior dogs have more chances of dreaming than the adult ones.

What do dogs dream about? Quite similar to what humans dream, they dream about common dog activities and memories from their past experiences. A dog may have entered the realm of dreams when you see his muscles twitching or their eyes move under their closed lids.

6. There is a reason why they take their food or treats to another room or area.

This usually happens when they think that you are the alpha of the pack. With that in mind, they tend to eat in private in case you attempt to steal their possession.

7. Licking is a way of submission.

Is your dog constantly licking you? There are several reasons why dogs lick their owners. Licking is a submissive behaviour in dogs. It could mean that they acknowledge the more dominant individual in the pack.

8. Black tongues in dogs are a mystery until now.

At present, there are two dog breeds that have a blue-black tongue. The chow chow and Shar-Pei both have blue-black tongues whilst others only have spotted tongues. Those spots on their tongues are simply caused by pigmentations, similar to birthmarks or freckles in humans.

9. Dogs have a third eyelid.

Whilst humans only have the upper and lower eyelid, dogs have a third eyelid located on the inside corner of the dog’s eye. This helps protect their eye and maintain the moistness without blinking their eyes.

10. The dog’s nose print is as unique as your fingerprint.

Like fingerprints, a dog’s nose print can prove identity. There are a few places who have implemented dog nose prints as a way to identify lost dogs. In fact, since 1938 the Canadian Kennel Club has been using this way of identification.

11. Greyhounds are one of the fastest land animals.

A greyhound can run 45 mph, farther than the average speed of most dogs which is at 19 mph. This also means that the greyhound is the fastest runner of all dog breeds.

12. Basenji is the only dog breed that does not bark.

Instead of barking, Basenjis make sounds through yodelling. It is believed that barking was bred out from them during the ancient times when people are extra cautious. They do not want to make their presence known to the enemies.

13. One dog breed is named after a character in a novel.

The Dandie Dinmont terrier is named after a fictional character from the novel written by Sir Walter Scott entitled Guy Mannering.

14. Dogs have a sense of morality.

Researchers from Kyoto University’s department of psychology in Japan have proved that dogs have a sense of morality almost comparable to that of humans. Their experiments arrived at a conclusion that dogs are less likely to interact with people they perceived as rude and unjust.

15. The dog with the longest tongue is a Saint Bernard.

Mochi, a Saint Bernard, has a massively long tongue with a measurement of 7.3 inches (18.58 centimetres).

Don’t forget to share these fun facts with your pet owner friends!

Why Is My Dog Licking Me?

Why Is My Dog Licking Me?

Are slugs poisonous to dogs? The answer to this question is not cut-and-dried. Many types of slugs do not create dangerous toxins in their body, but … END_OF_DOCUMENT_TOKEN_TO_BE_REPLACED 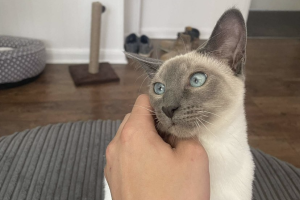 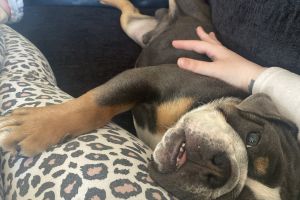 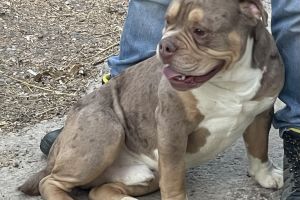 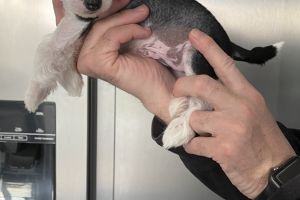