‘Artworks that can swim’ and ‘live gems in the water’—these are the lavish titles koi carps have garnered. With their elegant patterns and colours, they are a popular choice for fish owners, which make them ultimately one of the most common fish species in parks. However, the mismanagement in the feeding process and improper handling during the fishing process may result in different diseases in koi carps. These are the most common koi carp diseases:

It is also known as the white spot disease. Ich is a protozoan that starts its life in the pond or koi fish aquarium. However, as it continues to mature, it would eventually attach itself to the koi carp’s skin, gills, or fins. It would burrow underneath the epidermis of the fish. At first, it would appear like small grains of salt on the koi carp’s skin and later on would turn into small white bumps.

Once an ich outbreak in koi carps arises, it can swiftly spread through the group of Koi fish. Furthermore, it can infect every fish existing within the body of water. This disease should be taken seriously because if left untreated, the ich can kill multitudes of fishes in a short span of time. Small koi carps are more likely to succumb to the infection and die first.

‘Motile aeromonas septicemia’ (MAS), ‘haemorrhagic septicemia,’ ‘ulcer disease,’ or ‘red-sore disease’ are the other names for this disease. It is characterised by the lacerations or abrasions caused by the bacterium. It also includes septicaemia, also known as blood poisoning, where the bacterial toxins exist inside various koi fish’s organs and skin ulcers on fish.  Aeromonas hydrophila is commonly sequestered from water fish ponds. It is a normal inhabitant within the gastrointestinal tract.

However, it is encouraged that prevention is better than treatment. Therefore, koi carp owner is advised to minimise stress on the koi carp, which includes handling, nutrition, transportation, stocking levels, and water quality. Additionally, it is also crucial to observe proper koi fish care sanitation and filtration procedures.

Koi dropsy disease is also known as bloater or pine cone disease, which reflects the symptoms exhibited by the Koi Carp. It is primarily harmful to individual koi carps rather than a whole collection and usually occurs during late winter and early spring. If left untreated, it may have irreversible effects on the fish and may cause death. It may result in kidney enlargement, which can lead to kidney failure.

This disease is also dubbed as fish pox or carp pox. After being discovered in 1563, it is currently regarded as the oldest fish disease. It is caused by a herpesvirus infection that weakens the koi carp with lesions. Thus, the disease leaves them susceptible to secondary infections caused by other hazardous microorganisms.

The common carp and agasi carp, where the koi carp is clustered into, are considered as the primary hosts. Pox disease has been sighted in most European countries, USA, Japan, Israel, Russia, Malaysia, and Korea. It is usually contracted in freshwater and in some cases, marine and brackish water. It commonly occurs from late autumn to early winter or spring and if the water temperature is below 15 °C.

Causes
The herpesvirus-1 or HPV-1 is the main causative agent of the pox disease.

It is a fish rotting disease that is caused by a fibromyxic bacterium. It causes swift infection and long-standing disease. Rot disease is difficult to contain once it is diagnosed. There are two types of fish rot disease: bacterial rot disease and parasitic rot disease.

It happens during temperatures going beyond 15°C. It starts in April and usually ends in October in the south. Meanwhile, in the north, it begins in May and ends in September. July and August are observed to be the peak months of this disease.

Daily inspection of the koi carp’s habitat and the condition is important to effectively avoid these common diseases. Remember to check the water’s temperature especially during extra hot and cold days to know if you need to make adjustments. If the koi carps do exhibit symptoms of these diseases, immediately apply the necessary treatments to avoid dire consequences.

The winter season does not only bring in a festive ambiance and cold weather. It also drags along a number of threats that can endanger our dog’s … END_OF_DOCUMENT_TOKEN_TO_BE_REPLACED 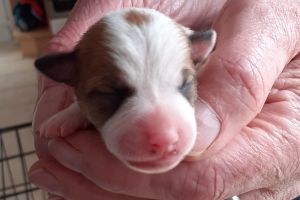 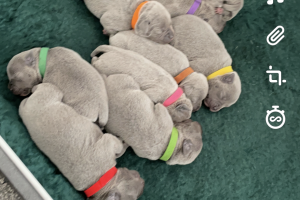 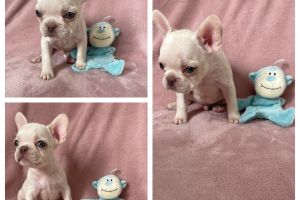 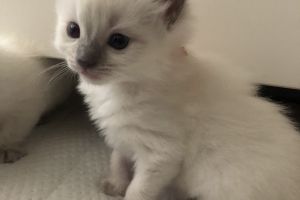