There are several reasons why pet owners opt to have indoor cats such as concerns over catfights from neighbouring pets, busy roads, and more. Regardless of the reason, people often questioning is it cruel to keep a cat indoors?

Indoor cat breeds are inevitably limited when it comes to exploring their natural behaviour. This may lead to aggressive behaviour or stressed unhappy feline. To make them happier, make sure to provide them with mental and physical stimulation as well as enough of human companionship. There are however a few breeds that are better suited as indoor cats.

What is the best cat for an apartment? What cats make the best indoor cats?

This breed is easy to distinguish from others for having a white silky coat with only its ears, face, and tail covered in darkened colours. This is a large-sized feline in the name of Ragdoll and it can live with you for up to twelve to seventeen years.

Ragdoll owners are advised to keep them indoors due to this breed’s poor outdoor skills. They are too trusting which can lead them to undesirable situations. As such, they should not be given access to roam the neighbourhood by themselves. However, if you wish to take them outdoors, do so with your supervision and in a safe and secure garden.

Another beautiful cat on the list is none other than the Persians. They stand proud as a medium-to-large feline in their well-muscled body and short, thick legs. These flat-faced felines can live with you for ten to fifteen years.

Whilst a Persian’s personality can thrive well outdoors with their strong instincts to hunt small prey, they are rationally ill-suited living an outdoor lifestyle.

If you are on the hunt for a cat with unusual features, look no further than the Sphynx cats. Despite how they generally look, the Sphynx is never completely naked. Their body is wrapped with a soft coat and warm peach to touch.

You can find their hair on the bridge of their nose and their feet. This rare breed can live with you for up to eight to fourteen years.

Further, they are best to keep as an indoor pet due to their sensitive skin. They are very much vulnerable to the sun. If you wish to take her to outdoor walks, make sure to keep her on a lead and a coat for rainy days and sun cream during summer. Be the best Sphynx owner by giving him enough protection, especially from neighbouring pets.

Posing a cuddly teddy bear appearance is the British Shorthair feline. They are best known in their British Bluecoat, although they come in varieties of colours. Considered as the “bulldog of cats”, the British Shorthair is a medium-to-large cat that can live with you for up to twelve to seventeen years.

This is one of the best choices for busy owners, the British Shorthair can quite handle when left alone when you have a 9-5 job. Just make sure to leave him with fresh food and water in an accessible area.

And when you come back home, they sure are affectionate fluff balls. They desire nothing but to follow you around the house. Their laid-back personality makes them great indoor pets.

A striking feline dressed in a bluish-grey coat is the Russian Blue cat. Her appearance speaks elegance and aristocratic demeanour paired with deep bottle green eye colour. This medium-to-large feline can live with you for up to ten to fifteen years.

They make excellent indoor companions to you or with your other pets. They have a friendly and sociable nature which means they can easily adjust well with other cats in any breed.

It is worth noting that as an intelligent cat breed, they are likely to perform acts of mischief such as opening doors by themselves and others. To prevent such behaviours, she should be provided with interactive toys and proper training. This is a breed with great potential in learning tricks.

Popular for its distinctive folded ears, the Scottish fold cat is dressed in large rounded-shaped eyes, round face and body. This medium-sized feline can live with you for up to eleven to fourteen years.

They tend to be couch potatoes when given the opportunity. As such, owners are advised to provide exercise as much as they can to prevent obesity.

However, they are also flexible to stay outdoors roaming and hunting just like their ancestors that were once farm cats. Despite that, they make fine indoor cats due to their love for their humans. On top of that, they can easily get along with children.

There is a dispute about the puppy training pads’ effectiveness in potty training. Some attest that they helped pups move forward in training, whilst … END_OF_DOCUMENT_TOKEN_TO_BE_REPLACED 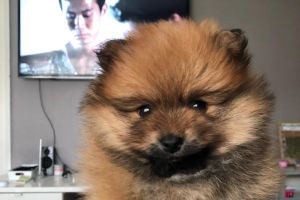 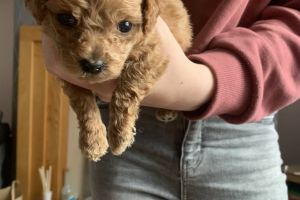 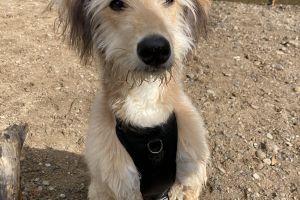 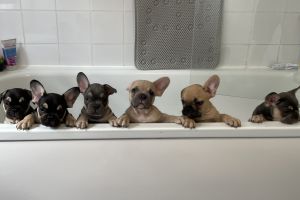