Cavalier King Charles spaniels are elegant and gentle dogs. It’s no wonder why this dog breed gained so much popularity throughout the years. Aside from their wonderful looks and personalities, check out these seven interesting facts you might not have heard about this wonderful breed.

The breed’s name is inspired by King Charles II, who ruled during the seventeenth century. The king was known to be an extreme toy spaniel fancier. It was believed that King Charles was so fond of them that he refused to go anywhere without at least three spaniels trailing before him. It even got to a point where he was accused of neglecting his kingdom. This was because his subjects believed he prioritised caring for his favourite pooches more than them.

It is said that he created a law stating that King Charles spaniels are not to be restricted from any public space. The Houses of Parliament are not even excluded from the rule. Up to now, the King’s decree is still in place. Because of his extreme dedication for these pooches, King Charles earned the moniker Cavalier King. This is how this dog breed acquired the other part of its name.

3. Bring Back the Passé Look

He dedicated his time travelling to England and offered at least 25 pounds to see the best example of the ‘old-type’ spaniels. These pooches ideally need to have bulkier bodies with more protracted and elegant-looking snouts. Sadly, breeders hardly took notice of his efforts. Eventually, a small group of breeders accepted Roswell’s challenge. Later on, they successfully made a new variation, which they named Cavalier King Charles spaniel.

The Cavalier King Charles spaniel is the progeny of the miniature toy spaniel. The pooch can be commonly seen in various northern European paintings created during the sixteenth to eighteenth centuries. It was bred to be a ‘comfort dog,’ which had the duty of warming the laps of its owners during cold trips in a carriage or freezing castles. It was even included as a prescription for people with colds.

The modern-day Cavalier King Charles spaniel carried these traits, which make it an excellent furry companion. This dog breed likes to give love and receive equal affection from its human companions in return. It loves to stay close to its owners, such as relaxing on their laps or enjoying cuddle time with them.

Back in the day, the ancestors of the Cavalier King Charles spaniel were not only used as comfort dogs but baits for fleas as well. The bubonic plague had started sweeping throughout the lands and the said parasites were to blame. Thus, the people came up with the idea of owning these pooches. They believe that by owning these furry companions, the fleas will bite the dogs instead of them.

6. The Legend of the Blenheim’s Spot

When the Battle of Blenheim raged on, the Duke had to leave his wife, Sarah, the Duchess of Marlborough, and join his army in the bloody war. The duchess was so anxious that her husband might not return. To keep her mind off those distressing thoughts, she took care of her pregnant Cavalier King Charles spaniel that was about to give birth.

In an attempt to soothe her worries and her furry companion’s pain, she would press her thumb on the dog’s forehead. Eventually, the good news arrived that the battle was finally won. Not long after, the duchess’s pooch gave birth to puppies with red spots on their forehead. It is believed that these marks were a result of the pressure coming from the duchess’s thumb. The colouration was called the ‘Blenheim spot,’ which was named after the battle.

Queen Victoria owned a tricolour Cavalier King Charles spaniel named Dash. She loved her furry companion dearly. So much so that after her coronation in 1837, she headed straight to Buckingham Palace to give Dash a bath. She also commissioned numerous artists and craftsmen to create images of her beloved pooch. Thus, she possessed an impressive collection of Dash-themed needlework, paintings, and porcelain figurines.

The queen’s love for her Dash was so great that when he passed away, she ordered an effigy to be erected over his grave with the following inscription:

Tip: Here lies Dash, the favourite spaniel of Her Majesty Queen Victoria, by whose command this memorial was erected. He died on the 20th December 1840 in his ninth year. His attachment was without selfishness, his playfulness without malice, his fidelity without deceit. Reader, if you would live beloved and die regretted, profit by the example of Dash.
Share this: Facebook Twitter Email

The fluffy French Bulldog’s unclear origins had people wondering if he is a mixed breed or a purebred. Find out how fluffy Frenchies developed this … END_OF_DOCUMENT_TOKEN_TO_BE_REPLACED 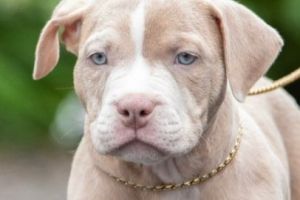 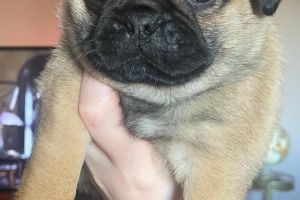 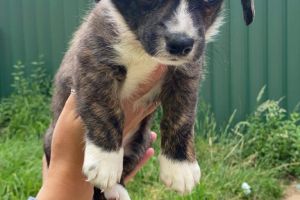 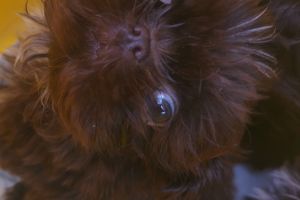