The fluffy little Sproodle is one of the most popular doodle breeds in the world and for good reasons. This is a designer crossbreed from an outcross between the English Springer Spaniel and Poodle. That said, it brings out the best traits of both breeds as well as the worst. Will it make for a perfect furry member in your family? Find out if the Sproodle is a good match by learning these 7 Sproodle facts.

Sproodle Fact #1 – It’s a dog breed with many names.

Despite having several names, this breed is popularly recognised as the Springerdoodle, which is a combination of its parents’ name (Springer Spaniel and Poodle). Other names include:

The Sproodles come in a variety of colours and sizes. Its physical features may vary according to the dominant gene from its parents. The English Springer Spaniel can be crossed with either the standard or miniature size of the Poodle.

Considering the lack of breeding restrictions, it is important for prospective owners to acquire Sproodle puppies from reputable breeders that can provide health tests. Know if they have stud dogs with health tests routine in the examination of all hereditary and congenital health issues.

Sproodle Fact #3 – They have weather-resistant fur in a variety of coat colours and patterns.

This breed is highly praised for the quality of its coat. A Sproodle has a smooth and dense coat which is water-resistant. This is a trait inherited from the Poodle. The Sproodle may look like it hates to get wet but they are actually great swimmers with a coat made to adapt well with water.

Being a hybrid, the Sproodle may appear with a Poodle-like coat with coarse curls or a Springer-like coat with straighter fur. Apart from that, they are usually seen covered in the following colours:

Sproodle Fact #4 – It is believed to have a low to non-shedding coat.

Enthusiasts wanted to develop an energetic, intelligent, and obedient dog with low shedding coat. The result came out as the charming Sproodle. However, not all Sproodles have this trait from the Poodle, and for those that have inherited those desirable traits may significantly cost more.

Ok, this one might not be so surprising. Aside from their charming looks, the Sproodles earned their popularity from their kind and affectionate nature. In fact, they are often seen as therapy dogs for that reason. They love all family members and get on well with children of all ages.

However, make it a general rule, regardless of the breed, not to leave canines interaction with children without adult supervision. Know that Sproodles can get too boisterous at times which could cause an accident especially to smaller children.

Sproodle Fact #6 – They like hearing the sound of their own voices.

There are some Sproodles that enjoy hearing their own voices; hence, they tend to bark more often. Others may also bark as a form of communicating that there is something that they do not like. It is best to rule out the cause to address the issue. Read What Does Dog Barking Noises Tell Us? Keep in mind to be very careful when correcting bad behaviours of your Sproodle.

Sproodle Fact #7 – They are susceptible to some hereditary health issues.

Although not all Sproodles are vulnerable to diseases, they still have the likelihood of getting affected by health issues from both parent breeds such as:

Sproodles make wonderful furry companions to families. How do you find this breed? Share your thoughts about this doodle breed in the comments now!

The fluffy French Bulldog’s unclear origins had people wondering if he is a mixed breed or a purebred. Find out how fluffy Frenchies developed this … END_OF_DOCUMENT_TOKEN_TO_BE_REPLACED 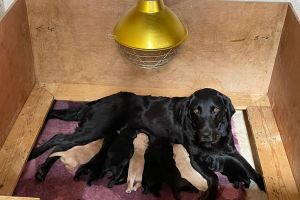 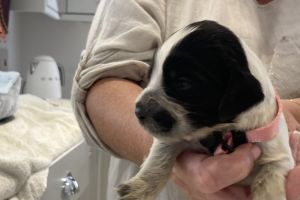 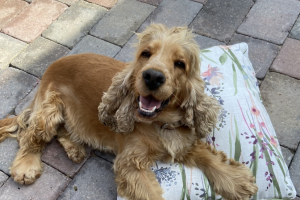 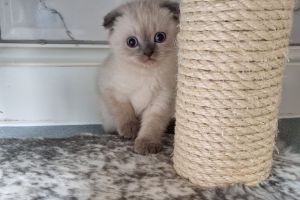