Feisty miniature pooches with tons of personality—that’s the Chihuahua for you! These energetic and loveable dogs are so popular that even famous celebrities can’t seem to get enough of them. But how much do we really know about Chihuahuas? Check out these 8 amazing facts about these pint-sized pooches.

Several other dog breeds have been assumed to be Chihuahua’s ancestors. The list includes the Chinese Crested, the Papillon, the Perro Chihuahueno, and the Maltese Pocket Dog.

Burial grounds of ancient Mayans and other Mesoamerican people that dated as far back as 200 B.C. were discovered in Mexico’s Colima region. They found mummified canines or images of pooches which closely resembles Chihuahuas. These ancient tribes believe that dogs have the power to help the souls of the dead travel peacefully in the afterlife.

Back in 1482, Botticelli completed his fresco painting called “Scenes from the Life of Moses” in Rome’s Sistine Chapel. He painted a boy holding what appears to be a white shorthaired Chihuahua.

Other paintings that feature Chihuahuas can also be observed during the 15th century. These were created by artists such as Sir Edward Landseer, Henri de Toulouse-Lautrec, Pietro Longhi, and Vittore Carpaccio.

4. Marilyn Monroe Had One

Yes, the iconic Marilyn Monroe had a Chihuahua in 1948. She gave her pooch the name Josefa and also gave her the nickname Choo Choo. However, the two were rarely seen together, so only a few photographs of them exist.

5. Living With the Stars

Chihuahuas are extremely popular among celebrities. These little balls of energy are featured on Instagram at different levels of cuteness. Britney Spears, Hillary Duff, Paris Hilton, Jennifer Lopez, Madonna, and Paula Abdul are just some of the celebrities who couldn’t resist the Chihuahua charm.

It is said that Christopher Columbus once wrote to the King of Spain about these miniature dogs. He also wrote in his journal that Chihuahuas were rather quiet compared to other dogs. There is a possibility that the renowned explorer brought Chihuahuas back with him from his travels.

Chihuahuas can have different coat colours including black, fur, sable, silver, brindles, spotted and many more. Chihuahuas also have different hair types. It can be short, long, or mid-coat. They can be silky or wiry and have either a single coat or a double coat.

Aspiring dog owners have been warned to be vigilant against deceitful puppy sellers. However, others still fall prey to scammers. There have been reports of people who paid for rats that were passed off as Chihuahua puppies by shady sellers. According to a documented case in Brazil, an individual paid $487 for a “Chihuahua” that was actually a rat.

If Spiderman has sharp spider-senses to detect any incoming danger, then cats have their fluffy ears to do it for them. Their acute sense of hearing … END_OF_DOCUMENT_TOKEN_TO_BE_REPLACED 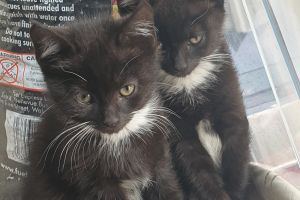 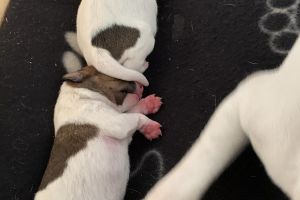 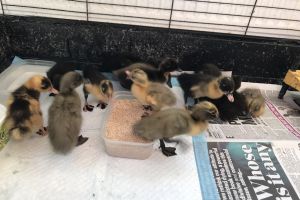 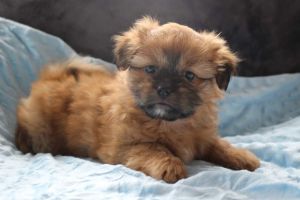