Are You a Dog Person or a Cat Person?

What makes a person a dog person or a cat person? Cats vs dogs is a common heated discussion in the realm of pet animals. Undeniably, humans always categorise everything; they may be categorised according to gender, astrological sign, and even (or especially) in politics. From where people stand, it is believed that there is a sort of cognitive shortcutting. Most of the times, interests and values are vital keys in categorisation. Whilst it is obvious that felines and canines are different in a lot of ways, so does the responsibility of each pet entails.

This time, research reveals your true personalities based on your preferences on pets. It may just be merely coincidental for others; however, your pet preference may explain some of the core parts of your personality.

Who is more extroverted?

From a survey, 15% of dog people are more extroverted than cat people. In addition to that is a study conducted by Samuel D. Gosling and others that confirms extroversion in dog people.

In fact, dog owners have a lot of opportunities for social interactions during dog walks or runs at the park, streets, or country lanes. This is especially true with puppies having expressive faces. Starting a conversation becomes easier even whilst waiting inside an elevator.

According to Denise Guastello, a researcher and an associate professor of psychology at Carroll University in Wisconsin, there is no doubt that dog persons tend to be livelier. They needed to be outside with their dogs, which serve as a good outlet to talk and connect with people. As for those who are more introverted and sensitive, they tend to spend more time at home, which suits well with cats that do not need to go outdoors for walks.

Sorry, dog lovers, but based on a study of six hundred college students by Denise Guastello and colleagues, cat people have higher intelligence and are more intellectually curious. Dog people echo one of the dog’s best qualities, which is obedience to rules, whereas cats tend to relish independence (the cat’s famous personality).

Moreover, the study reveals the differences when getting a cat or dog as a pet. 38% of canine lovers seek companionship, whilst 45.6% of feline lovers want affection.

Your preference for pets reflects your outlook in life

A survey conducted by Time revealed people’s personalities and their preferences on pets. Those who preferred cats were seen as liberals, whilst dog people are conservatives. ‘People prefer pets that behave in a way that complements their own personalities,’ stated Beatrice Alba and Nick Haslam in Dog people and Cat People Differ on Dominance-Related Traits.

Another implication that stirs rivalry between cat and dog lovers is about the personality differences on which camp is happier. As dog people are associated with extroversion, they are usually assumed to have a greater positive emotionality. On the other hand, cat people are associated with neuroticism, which is deemed as a negative emotionality.

However, generally speaking, whether you prefer a cat or a dog, we as pet owners are healthier than non-pet owners, as pet ownership helps in alleviating depression, anger, or loneliness.

We have covered a few distinctions between a cat person and a dog person. However, the most blinded belief is associating femininity with cat people.

‘There are aspects of orthodox masculinity that get it in the way or prohibit. . . many men from being able to talk in the same kind of ways about their feelings about animals as women,’ stated Doctor Fraser on ABC news.

Such stereotype has existed for hundreds of years up until now. In fact, research on the ‘cat men’ phenomenon has not been widely explored. Fortunately, apart from the usual tag as ‘cat lady,’ there is now an upsurge on cat guys dubbed as ‘cat men’ on social media. Popular celebrity men with cats are singer Ed Sheeran, comedian and actor Russell Brand, and Chanel designer Karl Lagerfeld.

As of this time, there is no other definitive logical base aside from the owner’s personality. Perhaps, future research and surveys may contribute other factors such as pet ownership during childhood that will give enlightenment on the matter.

Regardless if you’re a dog person or a cat person, there is one thing you have in common—your love and adoration for your furry companion.

There is plenty of hidden value to teaching your dog his name. It greatly helps maintain his attention on you and keeps him safe in new situations. … END_OF_DOCUMENT_TOKEN_TO_BE_REPLACED 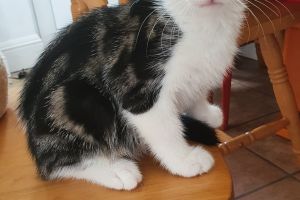 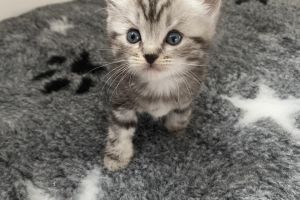 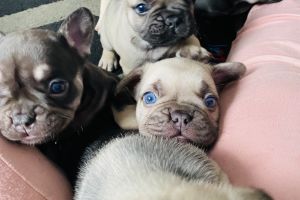 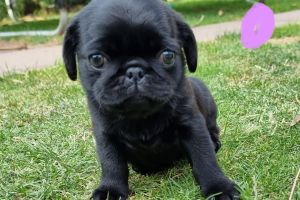