A Mystery ‘Dog’ Rescued from Ice by Estonians

Three good-natured Estonian construction workers endeavoured to save a distressed dog from an icy river. As the incident unfolds, they were met with startling truth that the docile canine they had rescued was far from a typical dog.

Erki Valli, Rando Kartsepp, and Robin Sillamae narrated that they were working at the Sindi Dam. It was situated on the ice-covered Parnu River in southwestern Estonia.

Whilst they were preoccupied with construction work, they noticed an animal trapped in the icy river. It appears that it has accidentally fallen through the ice and was struggling to make it out alive.

The three workers immediately set out to rescue the animal in distress, which they identified as a dog. They made a clear path for the canine to move through by pushing away the chunks of ice that may have blocked its way.

Thankfully, the animal had enough strength left despite its tedious struggle on the ice minutes ago and was able to swim for about one hundred metres towards the shore. The weakened and shivering canine was immediately enveloped in a towel from their nearby car and brought it inside to be kept warm.

At 8 am on that Thursday, Sillamae called Estonian Union for the Protection of Animals (EUPA). He informed them that he, together with his colleagues, has ‘rescued a dog’ from the frozen Parnu River.

The EUPA immediately searched and found a pet clinic located in Parnu, and suggested that the three rescuers should bring the animal there for a medical check-up. They carried the rescued animal down the slope and transported it to the pet clinic.

Whilst they were on the road, the vets have a hunch that the three workers had mistaken the rescued animal for a dog. It was then revealed by a nearby local hunter’s affirmation that the animal was, in fact, a young one-year-old male wolf.

Despite being a wild wolf by nature, the rescued animal appeared to be meek, compliant, and friendly. Rando Kartsepp said, ‘We had to carry him over the slope. He weighed a fair bit.’ It appears that the wild wolf did not resist as the three rescuers carried him. Kartsepp added, ‘He was calm, slept on my legs. When I wanted to stretch them, he raised his head for a moment.’

According to the EUPA, the young wild wolf’s docile nature might stem from its bad condition after it was rescued. It had low blood pressure and was stiff from exhaustion which caused its lack of energy, making it well-behaved.

Despite being docile, the EUPA still advised the vets to muzzle the wild wolf. The fact that it is untamed, it requires an extra level of caution as it might be prone to aggression. Then the clinic staff transferred the wolf inside a cage just in case it becomes less submissive after recovering.

The EUPA was relieved that the situation turned out fine for both the wild wolf and the three rescuers. According to the vets, the rescued animal was unscathed from its near brush with death. Furthermore, it has swiftly recovered from its poor state of condition. The untamed wolf was released back into the wild after the researchers from the EUPA fitted it with a GPS collar.

The rescued animal has reportedly returned back to its habitat. According to a wolf watchman at the environment agency, Marko Kübarsepp, the young wild wolf was found seventy kilometres away from the site it was released.

The animal protection association said that they already paid the medical bills and wholeheartedly thanked the wild wolf’s rescuers and the vets. ‘We are so happy for the outcome of the story, and wish to thank all the participants—especially these men who rescued the wolf and the doctors of the clinic who were not afraid to treat and nurture the wild animal.’

Dogs are common hosts for various intestinal worms. Many dog owners are wondering, “What home remedy can I use to deworm my dog?” We have  6 natural … END_OF_DOCUMENT_TOKEN_TO_BE_REPLACED 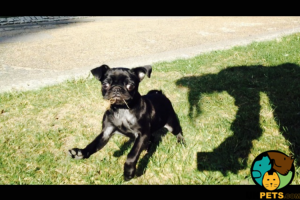 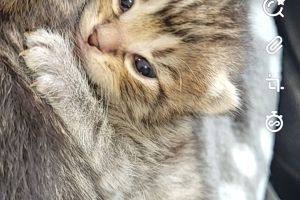 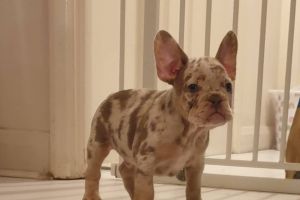 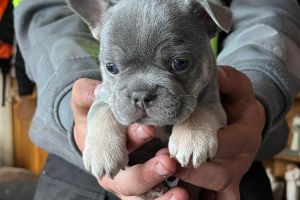