As early as thirteen-week-old, a cocker spaniel puppy can be introduced to necessary training. In fact, Northumbria Police have begun training four cocker pups (Henry, Herbert, Hartley, and Hunter) to become the future Northumbria Police specialist search dogs. They recently had their first swimming lesson in a hydrotherapy pool. Click this to view the video.

It is important to recognise that there are two types of cocker spaniels and they are bred for different purposes.

Show Strain
Aside from being kept as great family dogs, they are some of the breeds that can be seen in dog shows such as Crufts. The breeding of this type is very particular in its appearance and compact size. What we usually see in the photos of a book or in any featured photos are usually the show-strain type.

Working Strain
This type is commonly referred to as the working cockers. In comparison, they look physically different from the former type. Working cocker breeders breed with particular concentration on the dog’s working ability and put less interest in the dog’s appearance.

Trivia: At present, there is a growing number of working cockers being reared in pet homes rather than solely reared as field dogs.

In general, both types are active little canines, though a working cocker can be more active. A show-strain dog can be as energetic but is likely to tire easily. That being said, the working cocker is inclined to get involved in outdoor opportunities and dynamic activities.

Are cocker spaniels easy to train?

For a gun dog that is eager to please his humans, cocker spaniel training can be done easily with the proper method. Are you feeling enthusiastic about training this breed? Here are some important keys to remember:

Cocker as a stubborn breed
Each cocker has a personality of his own, and unfortunately, there is a stubborn one. On the other hand, this can be corrected in training kindly but firmly. In other words, guide your cocker gently but be persistent as well as consistent, especially when giving commands or directions. Take heed when you are too permissive at times as the cocker may take his advantage and may act too harsh instead.

Cocker as an enthusiastic breed
It is said that cockers are named after their distinct fervour in hunting down woodcocks in the olden days. However, nowadays they are now merely kept as companion dogs. Such hunting enthusiasm can be fulfilled when provided with relevant training to exercise their mental and physical capabilities.

Cocker as an instinctive breed
There may be times when they show resisting courses of action, only because of their instinctive nature. Cocker spaniels are known for having a strong sense of smell, which sometimes propels them to track down any strange trace. Commands may be put to use when this happens or ensure that the area is escape-proof when they are off-leash.

Tricks you may teach to your cocker spaniel

‘Sit’ command
The ‘sit’ command is believed to be the easiest trick to teach dogs in general. Introduce this trick to him over mealtime.

Note: Do not forget to praise him for every successful command.

‘Begging’ or ‘sitting up’ command

Either ‘beg’ or ‘sit up’ can be used as a keyword for this trick.

‘Bang-bang’ command
This is a command where your cocker pooch will play dead.

Each time you wish to use this command, use the right paw consistently. If you want to take this command to the next level, you may put a treat on its right paw and say ‘stay.’ After a moment, you may let him eat the treat. Once mastered, right after the first paw, give him a signal by slightly moving your hand to the left. Keep doing this until the alternate giving of its paws is understood.

Keep on doing this until mastered, and do not forget to give treats to your intelligent furry friend.

‘Dance’ command
Cocker spaniels tend to be overly excited, which drives them to jump around people. Use this as an opportunity to teach him the ‘dance’ trick.

As soon as he understands the command, try to see if he can stand on his own. This will test his balancing skills.

The winter season does not only bring in a festive ambiance and cold weather. It also drags along a number of threats that can endanger our dog’s … END_OF_DOCUMENT_TOKEN_TO_BE_REPLACED 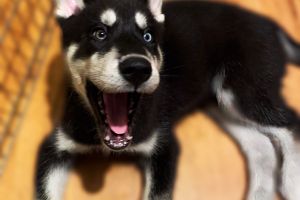 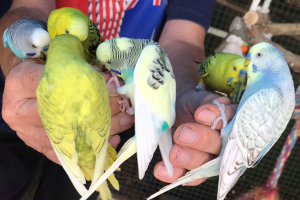 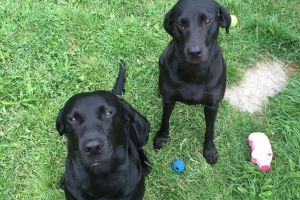 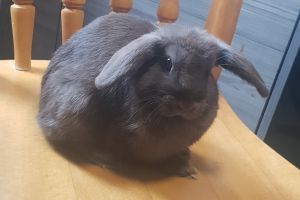