The insistent pull of wanderlust coupled with her deep adoration for animals paved Merebeth Veit’s way to becoming a pet transporter. Her dream job did not only quench her thirst for adventure but also reunited hundreds of pets with their loving owners. Life of a pet transporter is a jumble of heart-warming, thrilling, and amazing adventures.

Merebeth’s pet transport job started back in the 2000s. Financial crisis severely affected the real estate firm where she worked as an office manager for ten years. The economic downturn pushed her to look for a new job.

Then, a pup unexpectedly appeared that shifted the gears to what could be the best turn of events in her life. The puppy was obviously lost as it aimlessly wandered around the road where Merebeth chanced to pass by. Unable to leave the pup alone, she picked it up and carried it to the nearest house that she could find.

It turns out that the lost puppy was only one of six pups. Sadly, the pup’s owner did not seem to care about the puppies. It urged Merebeth to sway him into giving her the whole litter.

After the deal was successfully closed, Merebeth brought four of the puppies to shelter whilst she took the remaining two back home. Her sister, who lives in Denver, agreed to have one of them.

However, there is one small drawback. Her sister’s home is located one thousand six hundred miles away, which means she must drive the puppy all the way there. But it did not spell out as a problem, not when she already made up her mind to start her car and travel the winding miles together with the puppy to bring it to its loving forever home.

Her very first pet transport experience proved to be an enjoyable one. Merebeth knew she had to involve herself more in pet ground transport, that is why she decided to join UShip, a popular US online marketplace website.

For Merebeth, it was an ideal platform to start her animal transport business. The site gives people the opportunity to list their items that must be delivered. However, it does not only feature things that need to be transported but it also includes various pets.

Merebeth’s reputation as a pet transporter grew to the point that she has earned a five-star user feedback rating. Through her constant interaction with pet enthusiasts, she has built a strong relationship with rescue centres and breeders who heartily endorsed her services.

Warning: the bumpy road ahead

Merebeth’s pet transport adventure is not without tribulations. She recollects her drastic experience with one tricky feline. The cat sank its teeth into Meredith’s hands as she attempted to open its cage. The whole fiasco ended with her bleeding so much that she had to get bandages from a local pharmacy. On the other hand, she recalled that she has never been bitten by a dog during dog transport tasks.

She was put into another frustrating yet hilarious occasion when she was tasked to transport a rescue cat. The feline wouldn’t stop meowing unless the car was in motion. It got to the point where she had to call the rescue centre to confirm if the cat’s name, Traveller, was some form of ironic joke.

Pets with puzzling quirks are not only the challenge that Merebeth has faced in being a pet transporter. She also has to deal with the constant change of weather on her journeys. Merebeth recalls the moments where she braved the snowstorm in Kansas, drove through the 55 mph winds in Wyoming, and severe flooding and thunderstorms in Alabama. However, these obstacles proved to be only slight hiccups on the road as Merebeth admitted that she loves the thrill in battling the elements.

Sometimes transporting a pet to its new family can be bittersweet, a realisation that dawned on Merebeth as she travelled with a French bulldog named Harley. The pooch came from an animal rescue centre in St. Louis, Missouri. Harley has caught the attention of a young couple online. They were living in San Francisco and requested Merebeth’s service to drive the pooch to their home located in California. For three nights, they became travel companions as they drove through Utah, Colorado, and northern Nevada.

The French bulldog was one of Merebeth’s most well-behaved clients. She even decided to let him cosy up on the makeshift bed on the passenger’s seat than being stuck inside the portable kennel. ‘I got so attached to that dog,’ Merebeth admitted. ‘I’ve got a tonne of pictures of him – super sweet.’

As Merebeth securely delivered the gentle Harley to its loving family, she cannot help but feel the mixed emotions welling inside her. ‘I told them that if for whatever reason things didn’t work out, I would drive back and collect Harley to look after him myself,’ she narrated.

Pet ground transportation is usually an option for pet owners who want to avoid subjecting their pet to the trauma of flying. In a year, Merebeth drives sixty thousand miles or ten thousand kilometres just to unite pets and their owners. The car she bought back in 2011 for the primary purpose of pet transporting is already overused, with 334,000 miles on the clock.

Merebeth has handled a wide range of pets from cats, dogs, to hamsters. She confessed that out of all animals she has transported, hamsters are the easiest of the bunch. Furthermore, Merebeth also tried transporting a turtle, two guinea pigs, and Angora rabbits.

After nearly a decade, Merebeth, at the age of sixty-five, is still as passionate as ever in being a self-employed pet transport specialist. The best part of being a pet transporter is standing back whilst silently appreciating how the pet and its human companion get reunited.

4 Miniature Pig Breeds That Will Melt Your Heart

4 Miniature Pig Breeds That Will Melt Your Heart

Many rare dog breeds have gone to near extinction in the past, leaving them few in number. They are so scarce that estimations can only be made about … END_OF_DOCUMENT_TOKEN_TO_BE_REPLACED 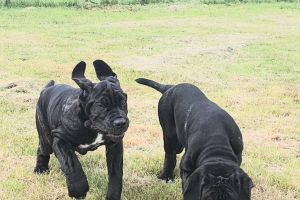 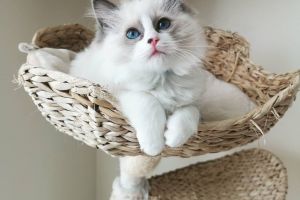 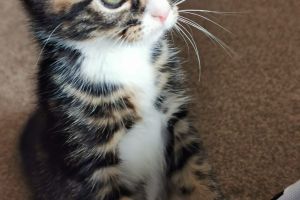 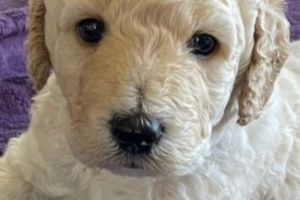