The American Bully and the American Bulldog are both powerful dogs with large, muscular, and imposing builds. Since they have a strong presence and formidable appearance, many dog lovers assume that they belong to one breed.

However, is an American Bully the same as an American Bulldog? No, these 2 are separate breeds with different origins, traits, and characteristics. Let’s discover how these dogs differ from each other.

Many people wonder: “Do American Bulldogs have Pit Bull in them?” The answer is no, they don’t. However, the Pit Bull has Old English Bulldog lineage as he is a cross between this breed and the Old English Terrier.

The American Bully is a newer breed that was developed in the 1980s in the United States. He is primarily developed as a family companion.

There is no breed standard for the American Bully breed, hence he is considered a designer dog. This is also one of the reasons why he is not recognised by the American Kennel Club.

The American Bulldog is the largest of the 2 as he weighs around 27–54 kilos and stands about 52–70 centimetres in height.

Both breeds have a boxy head and a muscular body. However, the American Bully has a more pronounced musculature and is heavy-boned.

Both breeds are very active and athletic canines, but the American Bulldog needs more exercise. His high energy comes from his history of being a catch dog.

The American Bulldog was tasked to catch and take down free-ranging livestock. This breed usually needs 1–2 hours of physical and mental exercise daily.

The American Bully may not be as energetic, but he still has high activity levels since he descended from working dogs. 30 minutes to an hour of daily exercise is normally efficient to expend his energy.

Both breeds are prone to bone and joint problems such as hip dysplasia because of their bulky and heavy physique. Thus, American Bully and American Bulldog puppies should only have a minimal exercise of around 10–20 minutes a day until they are fully grown to avoid these health problems.

These 2 breeds are both suitable companion dogs for families with an active lifestyle. Their exercise needs should never be overlooked as it can result in serious problems.

Bored dogs that are full of extra energy often develop destructive behaviour such as excessive barking and aggression.

American Bully vs. American Bulldog: Which of the Two Are Suitable for Dog Lovers with Allergies?

Both breeds have low-shedding short coats that require minimal grooming. However, they are not considered hypoallergenic and thus not the best choice for pet owners with allergies.

Their minimal shedding turns heavy whenever seasons change. Generally, it occurs between winter and spring. Brushing their coats regularly can help manage their shedding. These dogs need to be brushed at least once or twice a week.

They may not be great for people with allergies, but they are suitable for those that are looking for a low-maintenance family dog.

Countless people are often concerned about the potential aggression these dogs might possess. This is one of the reasons why many are hesitant to welcome them into their homes.

The question “Is an American Bully aggressive?” often comes up. The answer is no. Breeders aimed to develop this breed as a family dog so he needs to have a low fighting drive.

One common question among dog lovers is, Are American Bulldogs aggressive like Pit Bulls? No, they are not as aggressive as Pit Bulls, but they are very protective of their family. If they do sense a threat, these dogs will do everything to keep their family safe.

Another thing to keep in mind is the American Bulldog breed’s propensity to be dominating against other dogs and animals. Therefore, proper socialisation during the early period of their life is crucial.

Despite the stigma behind the American Bulldog and American Bully breeds, they are still wonderful family companions. They are fun-loving canines with deep loyalty and devotion to their owners.

Both dogs are very social animals and thrive on human companionship. They cannot be left alone for long periods, or else they may develop separation anxiety. But through proper behavioural training, these dogs can overcome this issue.

When it comes to training, American Bulldogs are often very headstrong, and they require an experienced handler. They are not the best pick for novice owners.

On the other hand, American Bullies have an eager-to-please personality. This trait makes them more trainable and suitable for first-time owners.

When it comes to apartment living, both breeds can adapt well, so long as their daily exercise needs are met. Once their energy is expended, they are content in relaxing with you on the sofa.

With that said, the ideal living space for both breeds is a spacious house with large back gardens.

Another reason why these dogs are good apartment companions is that they rarely bark. Both breeds are sharp and alert dogs but possess a relaxed countenance, especially if properly socialised. Most of the time, they will only bark to warn you of an intruder’s presence.

Which of the Two Dog Breeds Best Fits You?

The American Bulldog and American Bully have many differences as much as they have similarities. Now that we have laid them out for you, it is time to see what breed suits you the most.

If you are living in an apartment or condo, the medium-sized American Bully might be the one for you. His exercise needs are lesser than that of the American Bully. Thus, he will save you more time in taking trips outside for walks and other activities.

If you live an active lifestyle and have a spacious home, the American Bulldog is a great choice. He has enough stamina and endurance to keep up with your outdoor activities.

Potential American Bulldog owners would often need a lot of experience and knowledge of the breed. So, make sure you are skilled and confident enough to handle him.

Also note that since the American Bulldog is a large canine, his basic needs such as food may cost more; thus you will likely spend more to keep him healthy and happy.

Cushing’s disease in dogs is a condition wherein your dog overproduces the hormone cortisol. Also known as hyperadrenocorticism, the disease is … END_OF_DOCUMENT_TOKEN_TO_BE_REPLACED 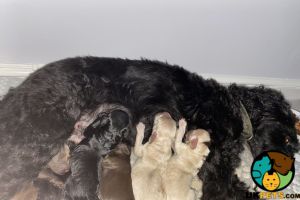 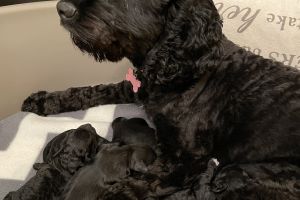 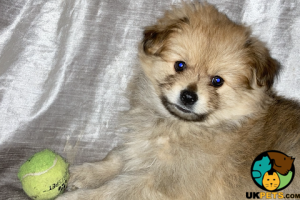 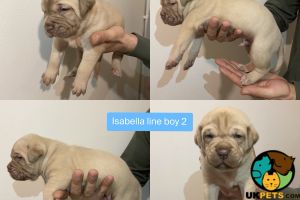