Herbert Wagner developed the first tennis ball launcher and served as the initiator to canine flyball in the 1970s. The flyball game was first launched in small tournaments as a segment in dog shows. It was only until 1983 that it was able to open the first flyball tournament. Moreover, it was only introduced in the UK at Crufts in 1990.

Over the years, this sport has earned soaring numbers of interested participants and spectators. Are you interested to introduce this canine sport to your furry friend? The good news is that any dog breed can play, except those who have medical conditions that might risk their health with all the running required. Although there are some breeds that stand out, including border collies, herding dogs, and hunting retrievers, any dog can participate.

How do you play canine flyball?

Flyball is a fun and exciting dog sport. It involves a lot of fast-paced action for dogs, handlers, and spectators. The competition is composed of two teams with four dogs in each team. The dog must race down the 51-foot course with obstacles of four hurdles before reaching the flyball boxes. A tennis ball will then be released, which the dog must catch in his mouth. The pooch should keep it in his mouth as he strides his way back to the course with the same hurdles in place. Once back in place, the next dog may be released to do the same course. The first team to have all four dogs complete the course without any errors wins the race.

How do teams work?

Each team is made up of four dogs and four handlers. There should also be a box loader who is tasked to put tennis balls in position to the flyball boxes.

A maximum of two reserved dogs and reserved handlers are allowed to be used at the team’s discretion. However, substitution with reserved dogs can only be done during the end of each round but not when the division begins.

This sport only requires four pieces of equipment:

Balls
Each team should be provided with plenty of unpunctured round balls. The size should be made accordingly to the safety and size of the dog participants. It can be in any colour but must bounce enough to fly out of the box. It should not be smaller or larger that might cause harm to the said canines.

Backstop board/Barriers
These should be placed in protection of dogs that might hurtle over running the course as well as preventing the fallen balls from rolling too far.
Hurdles
The hurdles should be ten inches high and are usually painted in white. With the dog’s safety in mind, the top rail should be flexible or padded.
Flyball box
Each team should be provided with flyball boxes that can be any commercial flat-fronted flyball boxes. The said boxes should be designed with the dog’s safety in mind.

Details below are a set of regulations for competitors during competitions:

Watch this flyball tournament at Crufts 2018:

Train yourself and your pooch effectively using the following things in mind:

Remember, patience and giving rewards is always the key in training. Don’t forget to share this article with your pet owner friends!

Are slugs poisonous to dogs? The answer to this question is not cut-and-dried. Many types of slugs do not create dangerous toxins in their body, but … END_OF_DOCUMENT_TOKEN_TO_BE_REPLACED 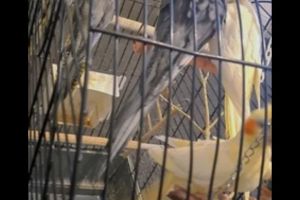 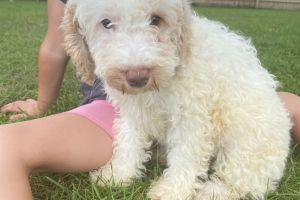 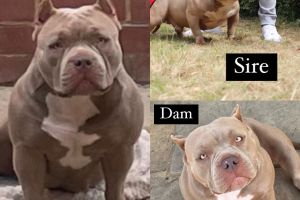 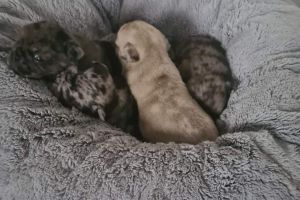