The Appaloosa horse was brought to North America by Spanish explorers. A Native American tribe called Nez Perce developed the breed and used it for travelling, transport, and even mounts during battle.

The modern Appaloosa horse is docile and gregarious with a slightly stubborn streak, which makes him an ideal mount for intermediate to professional riders. His versatility also allows him to do various work such as trail riding and working cattle.

The average lifespan of an Appaloosa is about 30 years. Although the Appaloosa can live a long life, he is prone to diseases prevalent to the breed. Thus, regular check-ups are necessary to prevent health issues down the line.

Where did the Appaloosa originate from?

The predecessors of the modern Appaloosas were first recorded in cave paintings during the prehistoric times. They were depicted as spotted horses. These breeds of horses were also present in China, Egypt, and Persia. Later on, they were introduced and bred in Spain primarily as riding horses.

Around the 16th century, these spotted horses arrived in the United States and Mexico through Spanish explorers. The breed’s number grew specifically in North America. It did not take long for the horse breed’s eye-catching form to charm Native Americans, especially the Nez Perce Indians.

Since the Nez Perce people lived near the Palouse River, they named the spotted horses as A Palouse, which later changed became Appaloosa. They were primarily used by the tribe for battle, hunting, and transport. In the 1930s, the population of the Appaloosa horse was on the brink of extinction. This was due to the attempts of the US government to seize the lands of the Native Americans.

During this time of chaos, some of the tribe members were able to escape together with their horses. However, a great number of Appaloosa horses were stolen, killed, or lost. Fortunately, around the 1930s, many horse breeders became interested in developing the Appaloosa. In 1938, the Appaloosa Horse Club was established as a breed registry, which later on became one of the largest horse breed registries in the world.

What is an Appaloosa Horse?

The Appaloosa is a striking horse with a magnificent and unique coat. A fully matured Appaloosa horse weighs about 450 to 500 kg and measures approximately 144 to 163 cm.

He has a compact and sturdy body with a short and straight back. His shoulders are broad and sloping whilst his legs are sturdy and strong. The hair on his mane and tail are quite sparse. He has striped hooves that come in black and white.

The Appaloosa horse has several distinctive traits that set him apart from other horse breeds. He has mottled skin with black spots and white markings found on his muzzle, around the eyes, and on his genital.

The Appaloosa also sports different spotted patterns which are unique to each horse. The coat pattern types of Appaloosa horses include the leopard spotting, snowflake, near leopard, frosted hip, marble, few spot and white blanket.

The coat of the Appaloosa breed comes in a wide variety of colours. These include bay, blue roan, black, brown, buckskin, chestnut, cremello, dun, dark bay, grulla, and red roan.

He also has different facial colours and patterns such as star, bald, stripe, blaze, and snip. Are you in need of an Appaloosa horse? Check out our For Sale and Rehoming page to find the right one for you.

How to care for an Appaloosa?

Frequent brushing for Appaloosa is necessary; more so for those with a white coat. Brushing will remove the dirt and debris stuck on his coat. Moreover, it stimulates and distributes natural oils to his skin and hair making them shiny and healthy.

When bathing the Appaloosa, do not use a horse shampoo with harsh chemicals as it can damage his coat. Take time to check your Appaloosa for injuries, mites, and other parasites during grooming sessions. After riding, use a hoof pick to extract gunk and soil stuck on his shoe.

Highly adaptable and versatile, Appaloosas are very skilled at carrying out various kinds of work. Racing, show jumping, long-distance trail riding, fox hunting, working cattle, pleasure riding, and rodeo events are some of the activities that the Appaloosa can participate in.

The Appaloosa horse breed’s charming appearance also led him to be featured in movies and television shows. Appaloosas are smart and friendly riding horses as well. However, he might not be the best choice for beginners as he has the tendency to challenge them.

What can an Appaloosa eat?

The Appaloosa horse’s diet should be composed of high-quality hay, fresh grass, oats, and other grains. Treats such as fruits can be included in his meals provided that it is only done occasionally. Too many treats can lead to digestive issues.

Providing the Appaloosa horse with fresh water is a must especially during hot seasons. This is to keep him well-hydrated and lower the risk of heat exhaustion.

How long do Appaloosa Horses live?

The Appaloosa breed can live for about 30 years if given proper care and attention. Consistently providing him with his daily needs is one of the best ways to keep him healthy. Regular vet check-ups and preventive care will keep your Appaloosa in good condition.

How much do Appaloosa Horses cost?

Vet and dentist check-ups can cost you around £70 per session. Getting your Appaloosa dewormed costs between £40 and £105. Estimated expenses for trimming and shoeing is £225 to £765 per year.

Getting pet insurance is an additional £20 to £40 monthly premium. Search for the perfect Appaloosa horse for you here.
Fun Facts

The winter season does not only bring in a festive ambiance and cold weather. It also drags along a number of threats that can endanger our dog’s … END_OF_DOCUMENT_TOKEN_TO_BE_REPLACED 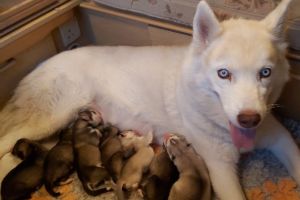 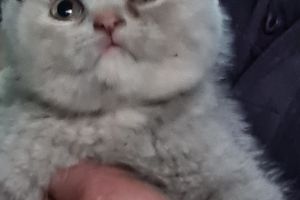 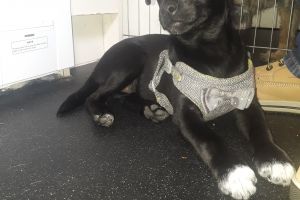 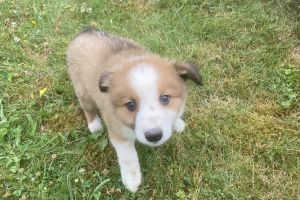