Grumpy-faced English Bulldogs, also called British Bulldogs, have been the subject of many people’s fears for years. They are notorious for being aggressive and ferocious dogs. However, is there any truth in this? Are English Bulldogs dangerous by nature?

Understanding the English Bulldog’s origins will allow us to get a good grasp of his ancestors’ temperament. It will also help us figure out if whether today’s English Bulldogs are dangerous or not.

The early English Bulldog first began as a hunting and guarding dog. He also helped in farms by protecting livestock and herding hogs and cattle.

Unfortunately, people eventually used the English Bulldog for a blood sport called bull-baiting. It first started in England in the 1200s and spread throughout Europe until the mid-1800s.

Bull-baiting is a brutal and gruelling game that forces dogs to harass and pin down the bull on the ground. English Bulldogs showed excellent skills in bull-baiting. They are relentless attackers that would boldly clamp their strong jaws on the animal’s face to take him down.

It did not take long for these tenacious dogs to become a popular choice for this blood sport. Sadly, countless English Bulldogs lost their lives or suffered irreversible injuries during these deadly games.

For over 350 years, the English Bulldog breed was tied to bull-baiting. He only managed to escape a grim fate after bull-baiting was officially banned in 1835.

Are English Bulldogs dangerous during that era? Yes, they were, because of the tough lives they have led in bull-baiting. The ancestors of the modern English Bulldogs were merely victims of their owners’ fondness for such a vicious blood sport.

Are English bulldogs aggressive up until now? No. Although English Bulldogs had a bad history as bull-baiting dogs, they don’t possess the aggression that their forebears had hundreds of years ago.

Modern English Bulldog breeders made sure to breed out this dangerous trait in their dogs.

The English Bulldog of today is a mild-mannered and laid-back canine companion. Some may even describe him as a couch potato or lazy. But what’s important is this dog breed now is rarely showing signs of aggression and territorial behaviours.

If raised in a loving and understanding home, the English Bulldog is one of the best pooches a dog lover could ask for. The American Kennel Club describes him as a gentle and loyal family pet that can get along well with children.

Because of his lovable personality, the English Bulldog ranks 5th in the most popular dog breed in the United States.

English Bulldogs form strong bonds with their owners. They are not aloof, and there’s nothing they want more than getting attention and love from their human companions. They are cuddle bugs who will seek comfort by staying close to their loved ones.

The English Bulldog breed has an enduring patience when around children. Unlike some dogs, he is less likely to get irritated with their shenanigans. He can bear with the naughtiness and loudness of children for a long time.

It is a big misconception that these loving dogs are aggressive and dangerous to humans.

If people see past the English Bulldog’s rough history and frightening appearance, they will see a pooch who ultimately craves love, care, and understanding. If all of these are provided to him, he will be able to give boundless affection in return.

Are English Bulldogs aggressive towards strangers? No. Most of the time, well-socialised English Bulldogs are friendly or respectfully reserved towards other people. But they are still loyal and protective canine companions.

It will take lots of effort to set off the English Bulldog’s protectiveness. However, once it is triggered, he will be an uncompromising defender who will do what it takes to keep his family safe. For this reason, he would make a good guard dog.

“Do English Bulldogs bite hard?” is a popular question about the breed. Yes, they do. In fact, English Bulldogs are one of the top dog breeds that possess a powerful bite. According to research, their bite strength is 210 psi.

Dogs with large heads and big jaws such as the English Bulldogs tend to have the strongest bite force. This is another factor that makes them great for guard dog duty.

The protectiveness and strength of English Bulldogs is a double-edged sword. Whilst this makes them great guard dogs, it can also make them dangerous if these traits are not managed properly.

For this reason, English Bulldog puppies should undergo early training and socialisation. By teaching them how to behave and navigate the world with an assertive but relaxed eye, they are less likely to become exceedingly protective of their loved ones.

Not So Cool with Other Furry Companions

The English Bulldog temperament is relaxed, tolerant, and affectionate towards humans. However, it can turn a bit sour when he is around other pets.

Some English Bulldogs react aggressively toward other dogs, particularly if they are of the same sex. It can spark their territorial instincts. Others may not have the best chemistry with cats and will be giving them the stink eye.

But this doesn’t mean that English Bulldogs can’t forge friendships with them. Pet owners can still get their pets to harmoniously live together through a gradual introduction.

Socialising English Bulldog puppies with other pets at a young age also has a great impact on how they can grow fond of their fellow furry buddies.

English Bulldog owners should be careful when choosing dogs who can interact with their pooch. Pick ones that are friendly and free from aggressive tendencies to prevent dogfights from breaking out.

The English Bulldog breed also has a habit of being possessive of his food and guarding his food bowl. Thus, it is best to isolate him from other pets every mealtime.

Why You Shouldn’t Get an English Bulldog

Now that you understand that the English Bulldog is not a dangerous breed, you may be enticed to bring one home. But before you do, are you prepared and equipped to care for this dog?

Here are some reasons why you should think it over before getting one:

The English Bulldog’s health is one of the biggest problems that potential owners of the breed may encounter.

Most English Bulldogs are at high risk of developing several health problems simply because of their appearance.

Their robust and stout bodies make them prone to hip dysplasia. Their facial wrinkles may cause eye infections, such as cherry eye, if not cleaned regularly. And their smushed faces often give them a hard time breathing especially in a hot weather.

2. Expensive to procure and care for.

Acquiring an English Bulldog puppy will cost you a large sum of money. The exorbitant price is due to the English Bulldog litter being delivered through C-section, which often costs thousands. But that is not the end of your expenses.

In the long run, it is common for English Bulldog owners to rack up high veterinary bills. If you are planning to own one, this is one of the top factors that you should think about.

Many English Bulldogs are given up to animal shelters because their owners cannot financially support them anymore.

English Bulldogs are gassy pooches and major droolers. They are also noisy, but not because of their barks. Their deformed faces often cause them to snore and wheeze.

Will you be able to put up with these peculiar traits if you are living with an English Bulldog?

The English Bulldog is known for being an easy-going and relaxed breed. However, this is not the case for English Bulldog puppies as they are full of energy. You might be surprised how much it would take to tire them out.

At what age do Bulldogs calm down? Most of them will start to calm down when they reach the age of 4.

Be warned that this does not apply to all dogs of the breed. Some may become more relaxed, whilst others will remain highly energetic.

English Bulldog owners should be firm and confident leaders with unlimited patience. Otherwise, their pooch won’t find any reason to follow their commands. With that said, you might need to hire a dog trainer, which is another expense.

Socialising adult dogs may seem like a daunting task as some full-grown pooches are set in their ways. However, all hope is not lost. There are many … END_OF_DOCUMENT_TOKEN_TO_BE_REPLACED 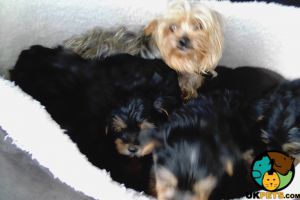 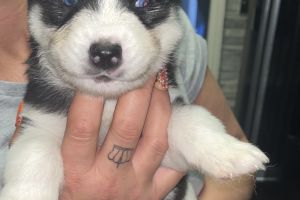 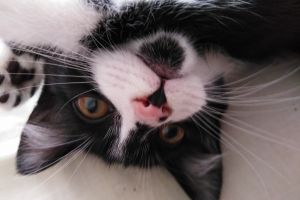 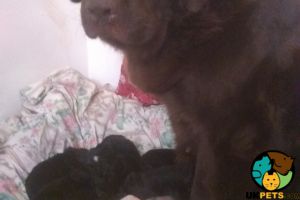