One of the most popular breeds, the English Bulldogs, also called British Bulldogs, are appealing canine companions to own. Their menacing looks are a direct opposite of their winsome personality, which adds more to their charm.

However, are English Bulldogs good pets for any dog lover looking for a furry friend? Let’s know more about the breed to find out!

The English Bulldog breed has an infamous history of being an aggressive and dangerous dog. His ancestors were originally bred for bull-baiting. When this sport was banned, they were then trained for dogfights.

The bloody and painful experiences that the early English Bulldogs sustained from these brutal games made them hostile and violent.

However, the English Bulldog breed’s harrowing past slowly turned for the better. This was after a few breeders decided to re-engineer the breed.

Instead of breeding English Bulldogs to be aggressive dogfighters, they developed them to possess gentle and good temperaments.

Owners of English Bulldogs attest that these pooches are sweet family pets who are extremely silly and amusing. The clumsy but funny antics of these dogs often keep their human companions in stitches.

Since they are now bred as companion dogs, they are naturally seeking their human companions’ comfort and love.

English Bulldogs are big aficionados of cuddles and other forms of affection. It is quite common for these pooches to snuggle close to their owner at any moment of the day.

But the people-loving personality of the English Bulldog makes him susceptible to separation anxiety.

Thus, English Bulldog puppies should be trained early on to get used to the short absences of their owners. At the same time, their family must give them sufficient attention whenever they come back home.

Are English Bulldogs Great with Children?

Are English Bulldogs good pets for families with children? The answer is yes. This Bulldog breed has great maternal instincts and enjoys the company of young and old children.

The English Bulldog’s easy-going nature makes him highly tolerant of the children’s impishness and buffoonery.

Just be warned that the English Bulldog puppies’ energy can be extreme. They tend to become too rowdy or out of control when playing with children.

Moreover, English Bulldog puppies can be very mouthy. They may playfully nip and bite children. Thus, adults should always supervise their interactions with young children.

As English Bulldog puppies reach maturity, their rambunctiousness will gradually die down. They become more relaxed, which has a positive effect on children as they can influence them to be less unruly.

The same goes for children, especially younger ones. Adults should teach them to treat their canine friends with gentleness and respect.

If you plan to adopt an English Bulldog, one of your top priorities should be knowing the dog’s history and temperament.

Some English Bulldogs tend to have aggressive tendencies because of how their past owners brought them up. Others are vicious due to poor breeding.

Be sure to choose an English Bulldog with a sound temperament to ensure that he can get along well with the children in the household.

Are English Bulldogs Good with Cats?

English Bulldogs have a reputation for being aggressive towards cats and dogs. Their ferociousness against other animals is the product of their past as bull-baiting and dogfighting canines.

Unfortunately, animal aggression is not wholly bred out of the English Bulldog. So, whilst he is fond of humans, he does not get along well with cats and other pets. However, don’t take this as a definitive verdict.

Are English Bulldogs good pets for a multi-pet household? Yes, they are. These dogs still have good chances of becoming animal-loving pooches.

Many English Bulldog owners were able to successfully integrate their dogs in a multi-pet household through proper socialisation and training. These should be done whilst the English Bulldog is at a young age as he is more likely to be welcoming of other pets.

However, be warned that the English Bulldog can be:

Are English Bulldogs Easy to Train?

English Bulldogs are not the easiest dogs to train. Their background as dogfighters made them very tenacious and obstinate.

This means when an English Bulldog makes up his mind to do something his way, he will do it. In the process, he may disregard the authority of his owner.

At times, this Bulldog breed will be stricken by laziness and lack of motivation. Hence, he may not be in the mood for training. There may be several hurdles when it comes to training him, but these are not impossible to overcome.

Dog owners of the English Bulldog breed must practise absolute patience and understanding.

Corrective measures should not be in the form of harsh and abusive punishments such as hitting and shouting. These methods will only cause the development of aggression in your dog.

Do not be fickle-minded when you start training the English Bulldog. Otherwise, it will prompt him to challenge your authority. If you are facing difficulties in training him, it may be a good idea to hire a professional dog trainer to do this job.

Another reason why English Bulldogs are good pets is that they are great for guard dog duty, just like the German Shepherd Dog. If properly trained, they can be very reliable in keeping intruders off their owner’s property.

Moreover, the English Bulldog’s tough appearance despite being medium-sized dogs is an effective characteristic in driving away malevolent individuals.

Properly socialised English Bulldogs have a good judgment when it comes to strangers with friendly intentions. Thus, they won’t react aggressively whenever your friend or delivery man arrives on your doorstep.

Do English bulldogs Bark a Lot?

No, English Bulldogs are not barkers, but they do vocalise when they sense that someone has trespassed their territory. It is one of their good qualities that make them a good choice as guard dogs.

However, note that the English Bulldog is noisy in his own way because he is a brachycephalic breed. You can frequently hear him wheezing, snorting, and snoring.

Do English Bulldogs Shed a Lot?

English Bulldogs are average shedder, but this is usually barely noticeable as they have short, fine, smooth coats.

Just note that an English Bulldog puppy tends to shed more than his adult counterpart. But as he matures, his shedding will slowly lessen.

Grooming the English Bulldog does not require a tremendous amount of time. Since he is a single-coated dog breed, brushing his fur is pretty easy to do. Just make sure to use a brush with soft bristles to avoid injuring his sensitive skin.

The English Bulldog requires once or twice a week of brushing. By following this routine religiously, you will be able to control his shedding.

In terms of healthcare, English Bulldogs are high-maintenance since they are commonly plagued by several health problems.

This Bulldog breed is prone to orthopaedic issues such as hip dysplasia and eye problems, including cherry eye. Other health concerns are food allergies, skin problems, and heart issues.

Breathing difficulties and other respiratory troubles are prevalent in the English Bulldog as well. He should be kept in a cool area in hot weathers. Exercise must be limited as well to avoid triggering breathing problems and heatstroke.

All these health issues that the English Bulldog is at high risk of suffering stemmed from the long history of unethical and poor breeding practices.

A handful of irresponsible English Bulldog breeders tend to focus on the development of the physical traits of the breed. They often do not think of the importance of producing healthy English Bulldog puppies.

Are English Bulldogs good pets even if they are prone to diseases? Yes, they are. However, as a dog owner, you should be financially stable and ready to shell out money whenever your dog requires medical care.

Acquiring a Kennel Club-registered English Bulldog puppy from a reputable breeder will lower the chances of owning a sick dog. These types of breeders always aim to breed healthy and good-tempered dogs.

How can I treat my dog for mites at home? Dog owners are looking for natural mite treatments for dogs that have fewer side effects and are gentler on … END_OF_DOCUMENT_TOKEN_TO_BE_REPLACED 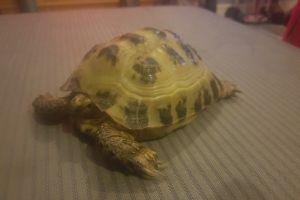 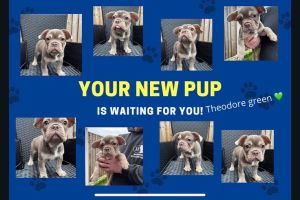 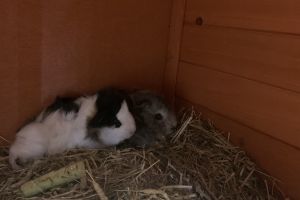 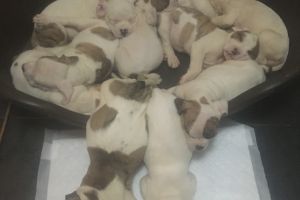