Are English Bulldogs Hard to Take Care Of?

Are English Bulldogs hard to take care of? The quick answer to this question is yes. He may be one of the top 10 most popular dog breeds together with the large breeds, the German Shepherd and Rottweiler, but most dog lovers will find it difficult to care for him.

Being aware of this issue is important to raise awareness about the difficulties this dog breed is going through. Continue reading to learn why English Bulldogs are hard to take care of.

What is the lifespan of an English Bulldog? The typical lifespan of this breed is up to 10 years. Unfortunately, throughout the years, this has alarmingly decreased.

According to a health survey from the Kennel Club, the breed’s average lifespan is 8.25 years. This is 30% shorter than all dog breeds.

A separate study by the Journal of Veterinary Internal Medicine looked into the causes of death of over 70,000 dogs between 1984 and 2004.

The research concluded that English Bulldog is the second breed that is highly at risk of dying from congenital diseases.

Concerned experts highlighted that the English Bulldog breeders were too focused on accentuating the dog’s physical appearance that they overlooked his genetic and health aspects.

The early English Bulldogs used for bull-baiting were tall and slender canines that only have slight wrinkles on their bodies.

However, the features of today’s English Bulldogs are greatly exaggerated versions of their progenitors. They have short, stocky, and wrinkly bodies.

The modern English Bulldog lost so much of his genetic diversity throughout decades of poor breeding. This puts the breed in a difficult position, as it would be hard for breeders to raise healthy English Bulldogs.

Thus, most of these English Bulldogs are extremely prone to diseases. Wayne Pacelle, the former Humane Society president, remarked that the breed is “the most extreme example of genetic manipulation in the dog-breeding world.”

A Breed with Countless Health Complications

Time to take a closer look at the answers to the question: “Why are English Bulldogs hard to take care of?” The breed has a long list of health issues.

The English Bulldog’s lack of genetic diversity, which is a result of inbreeding, makes him highly vulnerable to develop allergies, cancer, autoimmune diseases, and cardiovascular problems.

English Bulldogs are prone to facial malformations, which result in a slew of medical conditions. The most prevalent one would be eating and breathing problems. This is brought on by his short snout, compact skull, and elongated soft palate.

Most English Bulldogs are at risk of dying due to heatstroke and anaesthesia because of breathing difficulties due to their smushed faces or brachycephaly. Some are even in danger of choking whilst they eat, as their oesophagus is too narrow.

Other physical characteristics of the English Bulldog that leads to health problems are his short, heavily built body, narrow hips, and wide shoulders.

The wrinkly skin folds of English Bulldogs are breeding grounds for bacteria. As a result, ear and skin infections are common in these dogs, as well as eye problems, particularly cherry eye and dry eye.

The English Bulldog’s malformation was so prevalent that it pushed the Kennel Club to change its regulations for the breed in 2009.

The Kennel Club discourages breeders from breeding English Bulldogs with exaggerated features such as extremely loose skin or short muzzle.

Although these characteristics are endearing for many fanciers, they have an extremely negative impact on overall English Bulldog health.

Get Ready for Pricey Veterinary Care

K9 Magazine reported in 2007 that the yearly veterinary costs for English Bulldogs were twice that of a Labrador Retriever.

Since the English Bulldog breed is predisposed to several diseases, he needs to visit the vet more frequently than other dogs.

Surgical corrections for physical malformations in the English Bulldog breed are very common. These operations may cost from £1,000 to over £2,000, depending on the condition’s severity.

The short and compact build of English Bulldogs makes mating difficult. Thus, artificial insemination is often necessary. The price can be as low as £40–£70 to as high as £100–£500.

Birthing English Bulldog puppies is a complicated process, too, since they have huge heads, whilst dams have narrow waists.

Pregnant female English Bulldogs will need to undergo C-section to safely deliver their litter. The fees for C-section can range from £600 to over £1,000

The English Bulldog also requires high-quality dog food to manage certain health problems such as flatulence and allergies. Oftentimes, his recommended veterinary diet can be expensive, adding more expenses to his owner’s bills.

How Hard Is It to Take Care of an English Bulldog?

Are English bulldogs high-maintenance family pets? Yes, these dogs have plenty of caring requirements that their owners should not overlook. To get a clearer picture of how hard it is to take care of this breed, here is a breakdown of his grooming needs:

Are English bulldogs low-maintenance when it comes to brushing? Yes, they are, because their coats are short and fine. It means they only need minimal brushing.

To keep the coats of English Bulldogs healthy and glossy, comb their fur at least 3 times a week. A rubber brush or soft bristle needs to be used to avoid damaging their sensitive skin.

Dry cotton balls should be placed inside both of the English Bulldog’s ears. This will prevent water from entering his ear canals, which can cause ear infections.

Lather the English Bulldog’s body with tearless dog shampoo. Pay special attention to his body wrinkles as it is prone to accumulating dirt.

As much as possible, avoid getting it in the English Bulldog’s eyes. Make sure to completely wash off the shampoo as its residue can cause skin problems.

Use a wet washcloth to wipe off the gunk found on the English Bulldog’s skin folds. Once you’re done, dry the facial wrinkles completely. Leaving these areas wet will increase the risk of skin infections.

A tail pocket is a small indentation that you can find under the English Bulldog’s tail. If possible, clean it daily to avoid infections.

Wipe the English Bulldog’s tail pocket using a medicated wet wipe or a damp cloth. Remember to do it gently as this is a sensitive area.

Then dry the area thoroughly using a cotton ball or a clean cloth. Do not keep the English Bulldog’s tail pocket damp as it can lead to bacterial or yeast infections. Consider applying a soothing balm on the area to prevent inflammation and infections.

If you wonder what it is like living with an English Bulldog, know that it involves cleaning his slobber multiple times a day.

The English Bulldog breed is a heavy drooler because of his loose jowls. To keep his saliva from falling everywhere, tie a handkerchief around his neck.

Drooling will become more extreme when it’s mealtime. Thus, keep a towel with you during these times. Placing mats underneath his food and water bowls to catch his saliva is a good idea as well.

Caring for an English Bulldog during Hot Weather

The English Bulldog can easily suffer from heatstroke and sunburn if exposed to the sun for too long. Be warned that some show alarming signs of heat exhaustion in temperatures as mild as 72 degrees Fahrenheit.

It is recommended to walk the English Bulldog during the coolest time of the day, during evenings and early mornings.

When spending time outdoors during hot weather, it is best to find an area that provides lots of shade. Or take it upon yourself to make one by bringing an umbrella.

Do not forget to apply sunscreen to heat-sensitive areas of the English Bulldog’s body. These include his belly, groin, nose, and the area around his lips and the tips of his ears.

If the temperature becomes exceedingly hot for him, he should be kept in an air-conditioned room.

The English Bulldog breed is also sensitive to low temperatures since his coat isn’t dense and his body is low to the ground. Thus, he should wear a dog sweater paired with booties when going outside for walks during winter.

Place your English Bulldog’s bed in a safe elevated area and provide him with lots of blankets to keep him warm.

Dogs are common hosts for various intestinal worms. Many dog owners are wondering, “What home remedy can I use to deworm my dog?” We have  6 natural … END_OF_DOCUMENT_TOKEN_TO_BE_REPLACED 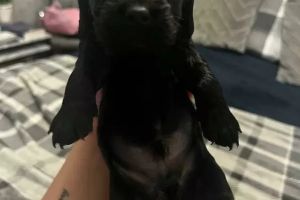 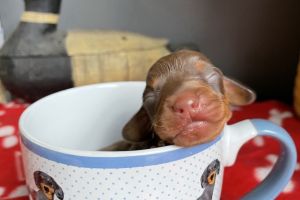 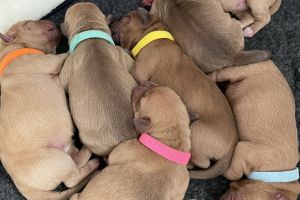 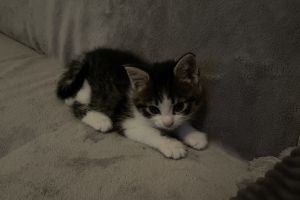