Rottweilers are often depicted as vicious and aggressive dogs by the media. However, many dog lovers say otherwise. This brings us to the question: Are Rottweilers dangerous?

Before we dive right into the answer, let’s know the Rottweiler dog’s origins. Doing so will help us understand what he inherently is as a canine companion.

This large breed is a descendant from a mastiff-type of dogs called Molossus. The breed’s predecessors were primarily guarding dogs, they were tasked to escort the Romans when they were travelling through the Alps. The dogs were guarding them against dangers and herding their livestock.

Many believed that without these canines, the journey of the Romans would have been more deadly. When the Romans arrived in Germany, they cross-bred the Molossus with the native dogs.

Later on, the town was called Rottweil, which means red tile, referring to the village’s red-tiled roofs. This was where the Rottweiler’s name was derived from.

The Rottweiler became indispensable guard, herder, and messenger during the Middle Ages. He also became very famous with butchers since he drove the cattle to town for butchering. Moreover, he comes in handy in controlling hostile cows and even bulls.

As time passed, the Rottweiler was welcomed as a family pet that is highly capable of guarding and protecting his home. Today, he does not only make a great canine companion but also a working dog. He can be a rescue dog, therapy dog, service dog, or a police dog.

More to be said

If we take a look at the breed’s standards, it states that: ‘Its appearance displays boldness and courage. Self-assured and fearless. Calm gaze should indicate good humour.’

Additionally, the Rottweiler’s temperament should be ‘good-natured, not nervous, aggressive or vicious; courageous, biddable, with natural guarding instincts.’ This means that a well-bred Rottweiler reacts calmly to any influence in his environment before taking action.

A study conducted by the American Temperament Test Society looks into a dog breed’s capability to cope with the environment and humans. The test was carried out by observing each dog breed’s temperament score. In the latest testing, 5,545 Rottweilers participated.

With that said, the Rottweiler is not inherently aggressive or dangerous. They were not bred to be vicious, fighting dogs, nor are they canines with ‘killer instincts.’

Why are Rottweilers considered dangerous?

Numerous news reports and studies show how threatening the Rottweiler is towards humans. Thus, he is pigeonholed as one of the most violent and dangerous dogs. It is mainly due to his imposing physique and protective and temperamental nature.

However, we must keep in mind that a dog’s temperament and behaviour is shaped through socialisation and training. Therefore, dog owners are greatly responsible for how their canine companions’ personalities turn out as they mature.

If given proper care, training, and socialisation, Rottweilers will grow up as loving, friendly, and outgoing good dogs. At the same time, a dog that lives in an abusive environment and experiences maltreatment from his owner will more likely to develop destructive behaviours.

Are Rottweilers classed as dangerous dogs in the UK?

Arguably, there is more to identifying if a dog is threatening just by its breed. Several dog breeds have high aggressive tendencies but are not recognised by the law as dangerous breeds. In the UK, 21 out of 30 dog fatality attacks were from breeds that are not included in the banned list.

In addition, several factors need to be considered when labelling a breed as dangerous. For instance, bite statistics may seem like a trustworthy source. However, the environment where the dog was brought up is overlooked. This means the reason why the dog attacked is disregarded.

Are Rottweilers dangerous to their owners?

Rottweilers may pose as a threat to their owners only if they are exposed to repetitive ill-treatment and neglect. Abusive behaviour and punishment training methods can stress them out, which may result in aggression.

Treat the Rottweiler just like any beloved family companion. Give him the love and attention that he needs. In return, you will be rewarded with his utmost loyalty and affection.

Are Rottweilers good with kids?

Rottweilers fit right in families with children provided that they are socialised at an early age. Meanwhile, children especially younger ones should be taught how to behave around animals. This is because they still don’t know how to gently handle pets and may end up hurting them.

Similar to most dogs, the Rottweiler requires supervision when interacting with kids. He is a playful dog that is unaware of his size. Thus, he may accidentally end up knocking down smaller children.

Are Rottweilers good with cats?

Rottweilers can get along well with cats through careful introduction and socialisation. Because of these big dogs’ high prey drive, these important processes should not be disregarded. If both of them are introduced at a young age, they are more likely to quickly get along.

Rottweilers can live with other dogs as well, with proper training and socialisation. Just make sure that all of them are neutered to avoid territorial aggression from happening.

Are Rottweilers friendly with strangers?

Rottweilers tend to be aloof and guarded when facing strangers because of their protective nature. However, this trait can be curbed through positive dog training and socialisation.

Allowing Rottweilers to interact with various people in different environments is important. This will help them accurately identify who is a threat and who is not.

Want to learn more about this majestic breed, read the Rottweiler breed information.

9 Questions You Want to Ask Before Getting a Dog Behaviourist

9 Questions You Want to Ask Before Getting a Dog Behaviourist

The fluffy French Bulldog’s unclear origins had people wondering if he is a mixed breed or a purebred. Find out how fluffy Frenchies developed this … END_OF_DOCUMENT_TOKEN_TO_BE_REPLACED 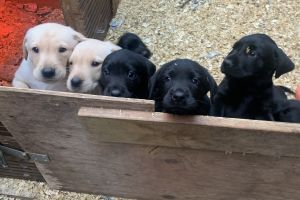 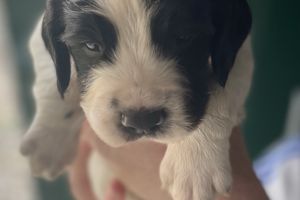 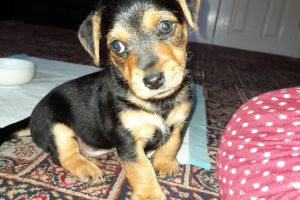