Cats are greatly appreciated for their mischiefs, playfulness, and peculiarities. Above all, cats captured the hearts of many with their magnificent looks and colourful fur. There are countless colours and patterns on a cat’s coat. But how are colours and markings decided amongst litters of kittens? This goes without saying that it’s the colour genetics at work.

“We think that we understand how the different colour genes work in cats, but for about one-third of them, the causative gene has not been identified. Sometimes a new colour or pattern appears in a breed, and we have to change what we think about it is transmitted,” says Jerold S. Bell, a Genetics professor at the Cummings School of Veterinary Medicine at Tufts University.

How genetics work on black fur

Solid black cats must come from both parents that have the gene of black colour. Black gene is identified as B which should be dominant amongst other variations of genes to produce a solid colour.

However, the fact remains that the cat colour pattern tabby is a dominant trait. To achieve a solid colour, both parents must have the recessive black gene and ‘non-agouti’ (a) to prevent the tabby pattern from developing. Those who have the dominant agouti gene will inherit the tabby pattern.

As black cats get older, they are likely to grow white hair. Depending on the individual cat, some may start going grey earlier than the others. However, it is rare for them to go grey all over the body.

How genetics work on white fur

Dominant white only require one copy of the mutated gene (W) for the cat to have a solid white colour. The white genes, if dominant, tend to mask the genetic effects of the colour points, agouti, and other genetic variations. However, a pregnant white feline may give birth to kittens in any colour without the masking white gene.

How genetics work on black and white (Tuxedo) fur

Cats having the black and white colour are called piebald or bicolour. Recent research reveals that the tuxedo pattern is a result of a certain mutation of cells that spread through the skin randomly. Without enough cells to spread, the random element of spreading throughout applies.

There are different patterns seen amongst piebald cats:

How genetics work on grey fur

In genetics, feline cat colours and patterns that appear as the lighter version of primary or dominant colours are called the dilution genes. This is usually the reason behind why we see cats covered in grey, lilac and cream colours.

A good example of this phenomenon is the Russian Blue cat. Her gorgeous blue coat is believed to have been a dilution of the dominant black gene. The dilution genes can lighten the dominant colours of orange and black genes to a soft cream and grey (blue) coat. This creates a pattern of tortoiseshell.

Trivia: Black and white cats can possibly produce a litter of grey cats!

How genetics work on tabby fur

More often than not, cats have ticked fur rather than solid colour. Solid colour with ticked fur alternates is what we call a tabby feline. ‘Tabby’ has four varieties of patterns which are striped, marbled, spotted, and ticked.

Further, ticking develops due to the presence of the agouti gene (A). This results in the individual hair having different rays of colour pigmentation, both light and heavy colours. The agouti gene activates full pigmentation as soon as the hair starts to grow. It starts to slow down and be back with the pigmentation again. As a result, tabby cats have dense pigment at the tip and others have fading colours of yellow to orange at the root. This creates band colours of yellow to orange, the ‘tabbying’.

Read: Why the Tabby Cat Might Be the One for You?

Where does that leave your cat? A cat’s fur coat makes these creatures easy to identify and this is one of the many reasons why we adore them!

Socialising adult dogs may seem like a daunting task as some full-grown pooches are set in their ways. However, all hope is not lost. There are many … END_OF_DOCUMENT_TOKEN_TO_BE_REPLACED 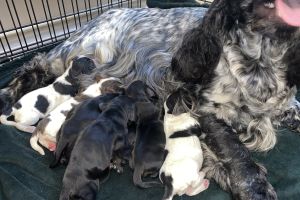 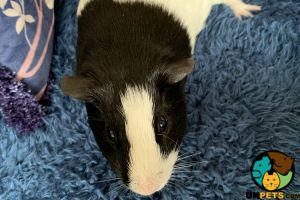 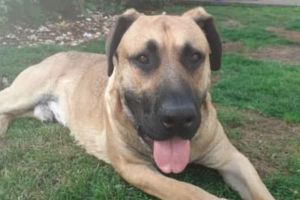 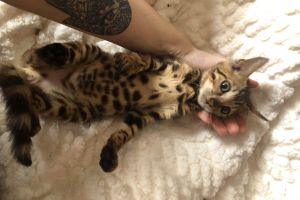