Boston terrier vs French bulldog. There are many similarities between these two breeds. Unsurprisingly, one is often mistaken for the other. These two little pooches not only have similar striking physical features but they are closely related in genetics and history.

Tell the difference at first glance

Take a closer look at the two breeds in this side-by-side picture:

The Boston terrier has pointed tears, whilst the French bulldog has round ears. A Boston terrier has a noticeable tuxedo-like pattern on its body with long legs and a slender body. On the other hand, a Frenchie has a square-shaped head with a more muscular body.

Generally, Bostons have longer legs than the Frenchies, who look heavier with their more pronounced muscles. Boston terriers are often seen in coat colours of black, seal, or brindle with white markings (a must-have trait). On the other hand, Frenchies are seen in distinctive colours of fawn, brindle, cream, and white. Both have adorable little stocky tail that sits low on their rectum. This is due to the vertebral abnormality, a typical trait amongst bulldogs.

Their physical features, from their ears to their colours and markings, are the easiest way to identify which breed is which. Read on to know how these breeds differ on other matters.

Boston Terrier vs French Bulldog-Origins of the breed

Where and how Boston terriers started
The Boston terrier breed was first introduced in Boston, Massachusetts in the 1870s. It was a product between the mating of the bulldog and (now-extinct) English white terrier. The goal is to produce a new bullfighting breed.

It was later in 1891 when the breed’s name became officially known as the Boston terrier. This then prompted the formation of the Boston Terrier Club.

Where and how French bulldogs started
French bulldogs were hailed in England as the miniature bulldogs during the 1800s. They were initially called Bouledogue Francais. Throughout the years, the breed was believed to have been crossed with terriers and pugs.

Although the French bulldog’s history is not as documented as the Boston’s, it is believed that both breeds share the same roots with the English bulldogs.

Boston Terrier vs French Bulldog-How they are as pets

Boston terrier temperament
Boston terriers are known for their unique personalities. Some are described as perfect lap dogs, whilst others prefer to lie on the floor. One thing is for sure, they all love their human companions. Others may not want to sit on your lap but they still prefer to be with you.

Puppy socialisation is important in their developing years. They love to befriend people and children. However, children should be taught how to behave when they are around dogs.

French bulldog temperament
Frenchies are now one of the most popular breeds in the UK that it is easy to forget that this breed came close to extinction about fifty years ago. They are becoming so popular and for good reasons.

A Frenchie’s world revolves around its owner. It desires nothing but to be close to you. That being said, Frenchies are amongst the breeds that are likely to get separation anxiety when left alone. They have a gentle temperament, which helps them interact well with their humans as well as young children and other pets. Just be patient when socialising this breed on its puppy development stages.

Boston terrier exercise requirement
The Boston terrier enjoys a good playtime, which is enough exercise for this small breed. Strengthen your bonds with this little one by playing games and other activities. However, just like any brachycephalic breeds, Boston terriers can easily overheat especially when they are outdoors on a hot day.

Boston owners are advised to have regular walks with their pooch, but the duration should be kept short. Also, make sure to give time for playtime sessions.

French bulldog exercise requirement
Frenchies enjoy being lap dogs as well as playing games with their owners. They do not exactly need any strenuous exercise; just a little run around the house is sufficient. Many people admire this trait, especially for apartment dwellers or those who are too busy to walk their dog regularly.

Health problems to watch out for
Both breeds are brachycephalic, which means breathing problems are to be expected. Apart from that, they may or may not have differences in the breeds’ predisposition on certain diseases.

Boston terriers are prone to:

French bulldogs are prone to:

Bottom line
Both breeds may be little but they are far from having a little personality. Dubbed as the ‘gentleman,’ Bostons have good stories to tell with their gentle disposition, whilst Frenchies as ‘the comedian’ will surely tickle your funny bone. As you can see, both breeds make astounding furry sidekicks.

There is a dispute about the puppy training pads’ effectiveness in potty training. Some attest that they helped pups move forward in training, whilst … END_OF_DOCUMENT_TOKEN_TO_BE_REPLACED 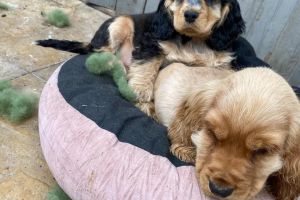 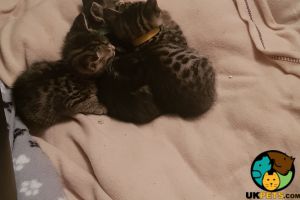 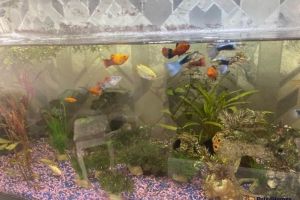 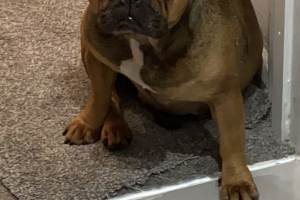