Labrador vs Golden retriever, what sets them apart? Retriever breeds never fail to excel in fieldwork, dog sports or as service dogs. Both dogs show uncanny ability as they stride with great speed and grace to different trails either in cold water or rough terrain.

Undeniably, these dogs surpass the expectations of dogs as “just pets”. They are the two of the most popular retriever breeds. But the million-dollar question goes, “Which is better, the Labrador or Golden retriever?”

The Labrador is a descendant of the Saint John’s water dog (a now-extinct breed) which is a native breed in Canada. The Labrador’s breeding is intended to assist fisherman in hauling the nets across the ice to retrieve fish in the old days of the 1700s.

Golden retrievers hailed from Scotland and contributed by Sir Dudley Majoribanks who was the Lord of Tweedmouth. As with the Labs, Golden retrievers were initially bred for specific tasks including flushing and retrieving game either on land or in water.

For years and years, Sir Dudley wanted to achieve an ideal canine with excellent skills in hunting and retrieving birds or any other small games. In addition, the dog should have the willingness to help his owners with the use of his remarkable sense of smell.

He should have a calm temperament with desirable traits such as loyalty and others. The said goals are met in the face of the Golden retriever that we see nowadays. It is believed that Goldies came from an outcross between a Tweed Water Spaniel dog and a red setter.

These points present how the Golden Retriever and Labrador are the best hunting dogs in their own ways. If you are looking for a hunting furry companion, you have to consider the application of proper hunt training as well.

Size is an important consideration during the selection of pets you are getting. Dogs, in general, have male dogs that may appear bigger than their female counterpart.

Both the Labs and Goldies have double coats which serve as water-resilient coats. Let’s see how both breeds differ when it comes to the grooming department.

Goldies have medium-length coats. There are certain areas including their neck, legs, and tail have longer fur. It should grow longer and soft to touch. Owners are required to groom their Goldies on a regular basis.

They usually have denser undercoats during the cold seasons and tend to shed them off under warm temperature.

The Labrador’s topcoat is relatively shorter than the Goldies. You don’t have to pay special attention to trimming their neck and other areas as they do not have the feathering fur like the Goldies do. However, Labs still need regular maintenance for their double-layered coats.

The Labrador retriever and the Golden retriever are two breeds that serve as assistance dogs. They have remarkable traits to be qualified for specific tasks.

It should never be a question of which breed is better. As dog ownership entails a long-term commitment it should be a matter of suitability with your personality and lifestyle. So, which suits you better, a Golden retriever or a Labrador retriever? Check out our Dog Comparison tool for the breed comparison summary.

Our feline friends are good at hiding their sickness. In the wild, they need to conceal their weaknesses, including health problems, to protect … END_OF_DOCUMENT_TOKEN_TO_BE_REPLACED 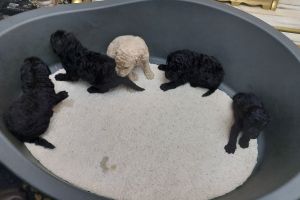 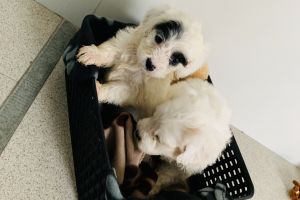 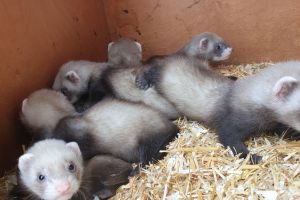 Working and pet ferrets for sale 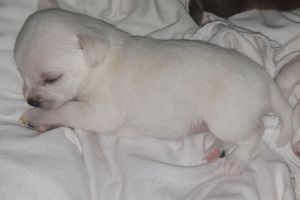