The enactment of the upcoming Brexit Agriculture Bill to ban the consumption of dog and cat meat was backed by fifteen Tory backbenchers.

Is it illegal to kill a dog you own and eat it in the UK? Sadly, it is currently legal. However, under a ground-breaking Brexit bill, the ban on dog meat consumption, which also extends to cats, may be made possible if the fifteen Conservative backbenchers will turn successful.

Two months ago, the US Congress has made this practice illegal. Several Western countries followed suit in the hopes of setting a powerful message to the Far East countries where the appalling practice is prevalent.

‘It is simply not right to eat companion animals. There are also some incredibly cruel practices related to the eating of dogs around the world, such as the belief that the animals taste better if they die when stressed,’ Watling said in an interview with The Sun.

The new amendment by Watling will ‘prohibit the human consumption, transport, and possession of dog and cat meat.’ People who violate the law will be punished with six months’ imprisonment.

‘We want to lead by example alongside countries like the United States, Germany, and Austria who have already implemented bans—not lag behind them, and I hope the Government will listen.’

About 30 million dogs are slaughtered every year to be eaten in countries such as South Korea, China, Thailand, Indonesia, Philippines, Vietnam, Cambodia, and Laos.

‘We fully understand the impact that UK animal welfare laws can have on other countries, which is why we strongly support the World Dog Alliance’s campaign to make it illegal for humans to eat dog meat in the UK,’ stated Secretary Caroline Kisko.

She added that there may have been no cases in the UK of eating dog practices but changes are necessary and it should not be a reason to keep the law as it is.

The animal rights charity saved dogs from a terrible fate in a farm that breeds dogs for consumption. These dogs will now be transported to North America looking for new homes.

The farm that has been operating for eight years was ceased by the Humane Society International (HSI) activists. Two hundred dogs were rescued, including corgis, huskies, poodles, Pomeranians, chihuahuas, Yorkshire terriers, French bulldogs, and shih-tzus. Some were left without water in their bowls and others were emaciated with tangled fur. Even newborn puppies were caged with exposed wire floors and heat lamps for insulation. Some dogs suffered from untreated injuries or defects in their legs and paws. Dogs that were not sold as pets are slaughtered and turned into the menu for local restaurants.

‘They all start life in this depressing, squalid place, with the lucky few ending up being a loved companion whilst their cage mates are served at a restaurant, or enter a chain of auctions where they are sold on to the next farmer to produce litter after litter of puppies,’ says Nara Kim of HSI South Korea.

After weeks of visits with the owner, Lee-Sang-gu, HSI was able to negotiate with a 20-year contract ensuring his non-involvement in dog meat trade. He had been eager to give up the business due to the decrease in profit. There is a rapid decline of dog meat consumption in South Korea, specifically in the younger generations.

‘From the very beginning, my entire family has been against my dog farming,’ Lee says. ‘All my daughters and my wife want me to close it, and they have never wanted to visit the farm.’

HSI provided Lee with finance for him to follow the path as a security guard and to never participate in the dog meat business again.

With the support of HSI, some of the dogs will be shipped to the United States and Canada for adoption.

The winter season does not only bring in a festive ambiance and cold weather. It also drags along a number of threats that can endanger our dog’s … END_OF_DOCUMENT_TOKEN_TO_BE_REPLACED 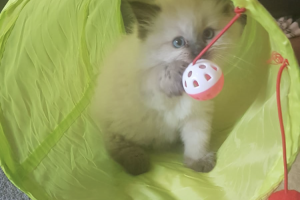 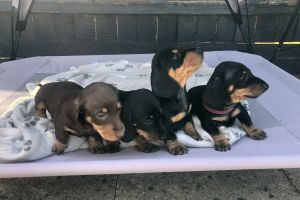 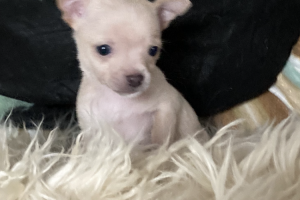