Our cats often engage in curious behaviour that baffles us. This article will help you decode both the unusual and common cat behaviours so you understand and bond with your pet better.

Cat Not Using the Litter Tray

One of the top cat behaviour problems involves the litter tray (or rather not using it). There are various reasons your feline friend will skip doing her business in it:

Tip: Cats prefer uncovered litter trays.
You may also like:

Sometimes, cat behaviour changes happen out of the blue. Your pet may be shy or aggressive all of a sudden. A number of those behaviours are troubling indicators of underlying issues. These are the most common reasons for such changes:

When you notice sudden changes in your cat’s behaviour, you should have her checked by the vet.

Be careful not to humanise cat body language. Doing so can set the stage for future cat behaviour problems.

Take the belly-showing gesture, for example. When your cat rolls over and exposes her belly, she is not inviting you to rub it. In some instances, this behaviour can mean a sign of friendly approval. In other occasions, it can translate to the cat getting ready to fight. Such a gesture allows all four paws and claws ready to pounce at potential threats.

Also, the belly display is your cat’s way of stretching out. This is still not a good time to touch her. How would you react if you gave your arms a good stretch and someone tried to pat you on the chest or back?

Cats may bite you gently or aggressively. The gentle nibbles are called ‘love bites’ and are usually done when your cat bonds well with you. The gentle biting can also be her way of telling you that she is overstimulated (e.g., you are petting her too much).

With the more aggressive cat biting, this is done as a result of fear or territorial aggression. Sometimes, it could be that your cat is playing too roughly with you. She may have not yet learned to gauge her bite strength.

Trivia: A study showed that depressed people are more likely to get bitten by cats as they tend to forget feeding times. They also are likely to spend more time with their feline pets, thus increasing the risk of getting bitten.

Domestic cat behaviour is not compatible with bringing home animal gifts, so you think. However, feline pets do this in imitation of their mother cats, which brought them food when they were kittens.

When your furry buddy drops a small dead rodent or insect at your door, it is just her way of giving back. Your cat may also be doing it so you can help her keep her surplus catch for later consumption.

She may also bring home such gifts because you are her favourite human. Do not be surprised if this grand gesture is accompanied by vocalisations and other showy gestures as the cat is trumpeting its cleverness.

Another possible reason for this cat behaviour—and a brow-raising one too—is that your pet thinks you are a poor hunter. She is doing the hunting duties on your behalf so you do not ‘starve.’

Tip: Never scold a cat for bringing you dead animal gifts. If you do, the feline will only repeat the behaviour, thinking you are not satisfied with the offering. She will try and get something she thinks is more impressive for you.

Purring, meowing, and yowling are typical cat behaviours. But when you respond to your cat’s vocalisation, in the same manner, she will not be impressed. That is because cats use meows to talk to humans, not with other felines. Although as kittens they communicate with their mothers by meowing, they use growls, hisses, and squeals with other cats.

That being said, when you meow at your cat, she will not understand what you are saying. If she responds, she is probably remarking, ‘Cat got your tongue?’

Around 130,000 dogs are sent to dog rescue centres each year in the UK in hopes of finding forever homes. Help them start a new and fruitful life by … END_OF_DOCUMENT_TOKEN_TO_BE_REPLACED 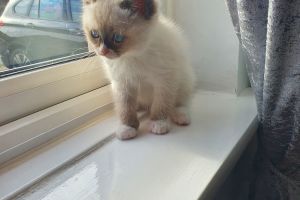 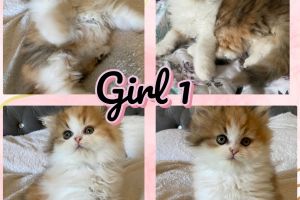 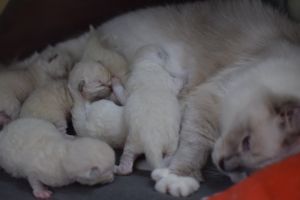 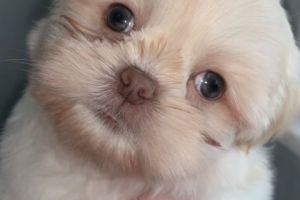