There are many types of bulldog breeds, each breed has its distinctive physical characteristics and personalities. Whilst they share some of the evident bulldog traits, you can practically tell one breed from another just by the way they look, move, and behave. Get to know these nine bulldog breeds and learn what makes each of them special.

The English bulldog is clearly the most recognisable among all the bulldog breeds because it’s the one you always see on film and television. This low-slung, well-muscled breed has a distinctive rolling gait because of their thickset body type.

This bulldog type may look intimidating because of their wide shoulders and robust limbs, but they are more indicative of their stability and strength rather than aggression. They are typically kind and docile with a dignified demeanour.

The Olde English Bulldogge is a medium-sized, muscular bulldog with significant athleticism. They are evidently larger than the English bulldog but they are more agile and active. In terms of looks, this bulldog type is less flat-faced than the other English bulldog variety. They are known to be affectionate and gentle to their owners but are tough and reliable guard dogs.

The American bulldog is considerably greater in size compared to its English counterpart but is more nimble and sprightly. It has a distinct box-like head and it sports a powerful jaw that may look menacing. Extremely friendly and affectionate, this breed makes good family pet as long as you can keep up with its energy level.

The French bulldog is a cross between bulldogs from England and ratters from Paris. They weigh an average of 10 to 12 kilograms. Their body shape is similar to that of the bulldog but they are distinguished by their ‘bat ears.’ Frenchies are flat-faced which makes them susceptible to breathing problems.

This bulldog originated from Spain, hence, they’ve come to be known as the Spanish bulldog. They are believed to have been bred to hunt and guard. This bulldog has a similar body type as the American bulldog and shares the same hunting skills. Because of their working skills and capabilities, they could be challenging for first-time dog owners.

The Boxer is a medium-sized, square-built, and well-muscled dog bred and developed to be a working dog and to serve as a guard dog and a loyal companion. It has a perpetually alert and curious appearance due to its wrinkled forehead and pointy ears.

This now-extinct bulldog emerged in 18th century England when breeders decided they wanted to downsize the original bulldog. Unfortunately, the breeding program was deemed a failure because the breed was not the healthiest nor the most fertile bulldogs.

This breed is incredibly muscular, compact, and broad. They were believed to have been derived from ancient war dogs. They had recognisable jaw features that were thought to have an extreme grip.

The Bullenbeisser (German bulldog) was presumed to be the ancestor of the modern-day boxer breed. Because of their agility and strength, they were used as combat dogs by the Roman Empire. They have thin long ears and muscled cheeks and sport a short coat that range from pale brown to deep black.

Bathe your bulldog occasionally at least once a month. Too much bathing will remove the natural protective oils in their skin. However, you can always keep them clean by brushing them, which you can do twice or three times a week for ten minutes. This is your opportunity to see if they have fleas, cuts, and other skin problems.

Tear stains are pretty common for bulldogs. It is best to clean the stains with a tear stain remover weekly. Breeders often use a diluted solution of hydrogen peroxide on a cotton ball then they dry the area with talcum powder.

Puppies will need more meals than mature bulldogs. You will have to feed them at least four times a day before cutting it down to two.

It is important to keep your bulldog hydrated. Always have fresh water nearby. Teaching your bulldog to eat ice cubes is also recommended. This will help them cool down on a sunny day. Ice can also make an over-excited dog calm down. Start by offering them small pieces then eventually giving them the entire cube.

Proper exercise is important for a bulldog’s overall well-being. Starting a regular exercise by taking your dog for a half-mile walk outside is ideal, then gradually building up the distance to about two miles per day. However, be sure not to take your dog on an exercise right after his meal. Also, be careful of the summer heat as this may cause heatstroke to your bulldog. An exercise routine in the early morning or late at night during these days is recommended.

Playing helps in forming a strong bond with your dog. It can also improve their survival and social skills. When it comes to children, bulldogs are incredibly playful; they can make a very good family pet. However, it’s always best to keep your child and dog supervised when playing to avoid mishaps.

Many dogs love bananas. Can cats have bananas too, or should pet parents keep these fruits to themselves? Evaluate the benefits and risks of feeding … END_OF_DOCUMENT_TOKEN_TO_BE_REPLACED 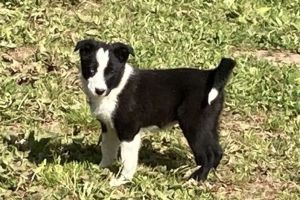 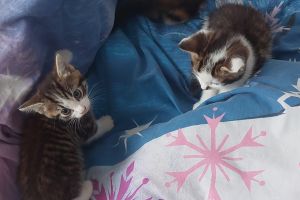 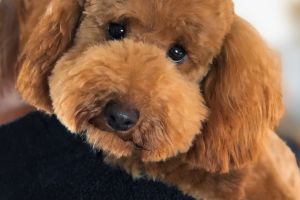 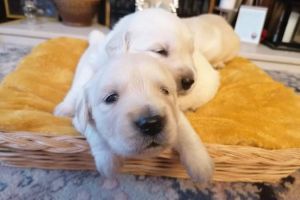