“Can dogs eat salt?” This is a common question asked by many dog owners, as salty food items are discouraged in the humans’ diet. How about for dogs? Is it healthy to add salt in your dog’s diet? What to do if your dog eats salt?

Yes, dogs can eat salt, and there is no need for you to panic. The negative impact of sodium consumption in dogs depends on the quantity of salt they ingested in proportion to their diet, water intake, and a few other aspects. Our furry friends can eat a small amount of salt that is well proportioned to their diet.

How do dogs taste salt?

Did you know that dogs have fewer taste buds than humans? Dogs have 1,700 taste buds, whilst humans have a total of 9,000 taste buds. When you feed your dog salty food, they can taste its salty favour.

However, they are less likely to consume dietary sodium as a flavour enhancer but as an essential nutrient.

Trivia:Generally, salt’s physiological role is to stimulate the secretion of saliva and digestive enzymes, which improves the palatability of the food. Aside from that, it serves as a natural preservative that prevents food spoilage.

Salt as an essential part of a dog’s diet

Salt is composed of sodium and chloride, which play a vital role in a dog’s body. It helps balance body’s cellular functions such as the acid-base balance, fluid balance, and nerve signal transmission.

Without enough sodium, a dog’s body is at risk of having trouble with nervous signal transmission, restlessness, low blood pressure, and fast heartbeat.

It is a good idea to provide sodium that is well-proportioned with energy, fats, proteins, vitamins, carbohydrates, and other minerals that are essential in your pooch’s diet.

Here are a few good sources of sodium:

Sodium is usually present in commercial dog food. There will be varying amounts of sodium levels in each dog food depending on the formula used. Ideally, a dog food should have around 0.5g/1,000 and 2.5g/1,000 kcal per day in order for it to be within healthy limits.

Always keep the percentage of the sodium content in the dog food at a minimum recommended level.

How much salt is too much for dogs?

Now that we know the answer to the question “Can dogs eat salt?,” time to learn what is the recommended amount of sodium levels.

Although each dog has different levels of limitations, a good rule of thumb for an adult dog is to have an average of 13 mg/kg body weight sodium intake per day. A healthy dog may take healthy levels of salt around 0.25g/100g to 1.5g/100g.

There is no need to decrease a dog’s sodium intake unless he has a specific health issue that requires a low-salt diet. This includes health conditions related to kidney, heart, and liver diseases. Sodium restriction in dogs is usually advised to help decrease hypertension and the accumulation of excessive body fluid.

However, puppies and bitches on pregnancy and lactation may need 2–3 times higher sodium levels in their diet. Just keep in mind to avoid overdoing it.

How does salt poisoning in dogs occur? When excessive salt consumption happens in a short time or when dogs are left in a situation with no water available, their cells will eventually start to release water. This is an attempt to maintain the levels of salt in the blood. This can lead to sodium ion poisoning.

The lack of water can cause issues to their brain cells. The affected dog may manifest neurological symptoms. Thus, it is important to keep a dog’s sodium consumption at acceptable levels. If your dog is eating too much salt or had eaten too much salt, see to it that he gets to drink water to assuage its effects.

Most common signs of salt poisoning in dogs

Hypernatremia or too much salt found in the blood causes the muscles to shrivel, lose moisture, and become stiff. Your dog’s stomach will appear swollen.

Other clinical signs of salt poisoning in dogs include:

Your dog should be taken to the vet for immediate medical attention if he shows signs of salt poisoning. Never delay as it can become a life-threatening situation for your dog. He might need oxygen, IV fluid therapy, and electrolytes to help against dehydration.

In most cases, dogs who suffer from salt poisoning are advised to stay in the vet overnight. They will be under observation for about 24 hours.

Healthy dogs are considered to have a good tolerance for salt. But care should still be taken to ensure that their diet has safe levels of salt. Thus,  food items with excessive amount of salt should be avoided.

Here are some too-salty foods that are bad for dogs and should not be shared with them:

Some items in your home have excessive levels of salt that you may tend to overlook. The following items should be kept away from dogs:

Read: 12 Poison Foods to Keep Away from Your Dog

If you plan to add human foods in your dog’s diet, it is best to consult with the vet first. They will help in narrowing down healthy options and ensure that they have the right levels of sodium.

Swimming can be an enjoyable outdoor activity for both you and your dogs. However, it can be hazardous if your dog consumes too much saltwater. A few mouthfuls may only lead to simple diarrhoea, but large amounts can be deadly for your dog.

Watch out for the following symptoms of saltwater toxicity in dogs:

The toxic levels of saltwater to dogs depend on the amount consumed and the accessibility of fresh water.

How to prevent saltwater toxicity in dogs:

In conclusion, dietary sodium is part of the necessary nutrients in a dog’s diet. There is no scientific research that supports the theory that high levels of salt (sodium) intake leads to high blood pressure, coronary heart disease, or renal failure in dogs, unlike humans. The safest bet is to keep salt levels in your dog’s diet within the minimum recommended amount. 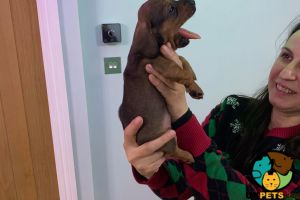 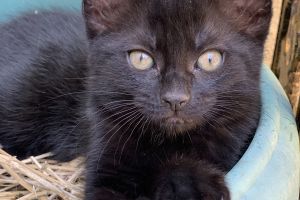