Omaui, a small village on the South Island of New Zealand, proposed a ban on all cats as an act of protecting native wildlife. If approved, Omaui residents will no longer be permitted to add or replace their own current pet cats when they die. Should cats be banned in NZ? Read on further to take your own stand.

It is believed that New Zealand is one of the most animal-loving countries in the world. They desire order, peaceful environment, and relationship with all animals involved. This is to the extent that they have developed or taken the initiative for stricter regulations on animal concerns.

Looking back at its history, it was in the year 1878 when the New Zealand government had declared its own animal protection law. The said law is believed to be a more humanitarian protection law in comparison to the British animal protection law.
The first indigenous Association for the Prevention of Cruelty to Animals (SPCA) in Dunedin was founded in 1882. This established animal protection, animal assistance, as well as the training and development of national dogs.

Such assurance not only regarded animal protection but animal welfare as well. In 1999, the Animal Welfare Act was enacted by the New Zealand government to provide the animals with proper welfare on the basic necessities (food, water, and shelter). Aside from dogs and cats, this Act extends to other pet types such as livestock and wild animals.

With such laws, animals enjoy the same luxury of life as human beings.

A safe haven for stray cats

New Zealand has certain protected areas that welcome stray cats to a safe home and free-feeding from generous people. However, such hospitality seems to pose a threat to other wild animals. According to an article from the BBC, cats are responsible for the billions of deaths in birds and mammals every year. Although this should never be fully blamed on cats as owners are responsible too.

The organisations of animal rights protection are found helpless to these cats. Although there are laws that address this issue of not free-feeding stray cats, some people just cannot resist being helpful to these poor felines.

The proposal to ban all cats is believed to be one step near to their ambitious goal of being a predator-free place by 2050. This includes the removal of stoats, rats, possums, as well as felines. Cats are especially involved due to their tendency to target native birds.

Apart from New Zealand, outdoor and feral cats are perceived as a peril in Australia too. Plan of action in addressing this issue involves stating national curfew for domesticated cats.

Conservation scientists are also seeing this conflict in the same light about the impact of outdoor and feral felines to the global ecosystem. On top of that, they are considered amongst the 100 worst non-native invasive species.

Head of the Smithsonian Migratory Bird Centre, Dr Peter Marra, said that about sixty-three extinction of species all over the world are accounted to the rising cat populations. The impact is more significant in environments with very sensitive ecosystems, such as New Zealand’s. He also mentioned that owners need to be more responsible. Thanks to the social media and memes starring cats, population and ownership of such species have always been on the rise. ‘They are just cute–everything about them, which makes this whole thing more difficult,’ he added.

You may also like: Croydon Cat Killer: Mystery Unfolded after a Three-Year Investigation

Seeing the risks of cats to native birds, experts highly encourage owners to microchip and neuter their cats, especially on wildlife-rich areas. This will bring a significant help on the preservation and protection of New Zealand’s most renowned native bird, the kiwi.

Birds are not the only targets, but insects and lizards are also said to be affected. In Omaui, such measures are justified with captured videos showing roaming cats that actively prey or hunt birds, reptiles, and insects in the area. Dr Marra added that cats should be treated similarly to dogs. They should not have the free access to roam outside for precaution and safety of the wild. Cats habitually kill things; they’re hunters, it’s not their fault,’ stated Mr John Collins, the chairman of Omaui Landcare Trust. ‘We just live in a high-value conservation area.’

The proposal from the Environment Southland includes a requirement for domestic cats to be neutered, microchipped, and registered with local authorities. If a pet cat dies, the owner will no longer be allowed to get another cat as a replacement.’

You may also like: Cat Microchipping: Is It Necessary?

The proposal may be justifiable to some but not to all. Not all people in the community agree with this idea. Some raised a petition against the proposal for several reasons. Aside from pet ownership, there are people who have quite depended on cats in addressing the problem on rodents. A resident from Omaui, Mr Terry Dean, shares, ‘Once you lose the cats, you’ve lost the ability to control the nasties in the bush.’

Many cat supporters did not take this news well. Cat lovers from a Facebook page pointed out that human doings, poisons, cars, and others have also endangered native species, not just cats. Another local resident, Nico Jarvis, pointedly says, ‘It’s not even regulating people’s ability to have a cat. It’s saying you can’t have a cat.’

It is not just a simple thing to accept that their current cat is to be their last. The town with over thirty-five residents is given a period of eight weeks to provide feedback to the regional council on the matter.

Minimise the cat’s impact as a predator to the wildlife

Owners can always do their part in their own little ways. Neuter your furry companions, place a bell on their necks, and most importantly, keep them tucked indoors especially at night.

Is It Required to Neuter/Spay Your Indoor Cat?

Is It Required to Neuter/Spay Your Indoor Cat?

The winter season does not only bring in a festive ambiance and cold weather. It also drags along a number of threats that can endanger our dog’s … END_OF_DOCUMENT_TOKEN_TO_BE_REPLACED 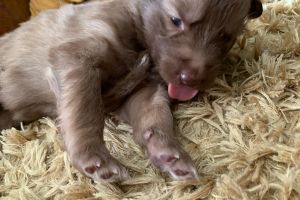 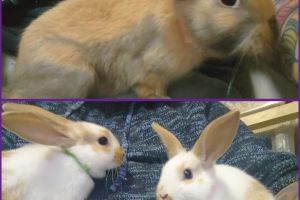 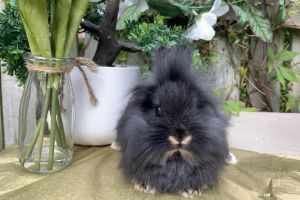 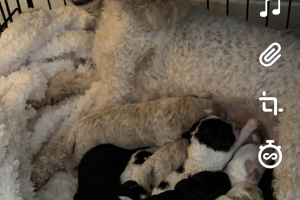