8 Cat Sleeping Positions and Their Meanings

Felines are infamous for contorting their bodies into cute and peculiar positions as they snooze. What makes this fascinating is it gives us a glimpse into their feelings. How do you know if your cat is relaxed, comfortable, or semi-alert while she is asleep? Let’s figure them out as we look at the most common cat sleeping positions.

The loaf is one of the most seen cat sleeping positions, and we adore it. It is often characterised by a cat’s front paws tucked under her body.

If your cat is sleeping in this position, she may be planning to take a quick shut-eye than deep sleep. However, some cats cannot resist snoozing. They end up doing the collapsed loaf position with their face “smushed” on the ground.

Note that loaf is one of the worrisome cat sleeping positions as it could mean that your feline friend is sick.

A cat sleeping with her chin on the floor and her head and neck stretched out whilst in a loaf position may be suffering from a respiratory problem or congestive heart failure.

Is your cat sleeping with her paw across her face? Most cats love to nap in warm places, but they don’t want to be exposed to sunlight. If your cat sleeps in this position, she may be trying to block out the light.

If the weather is cold, she might’ve been covering her face to keep her nose warm. This cat sleeping position can also be seen in felines that are exhausted whilst grooming. They slowly fall asleep as they clean their paw.

Most Common Cat Sleeping Positions #3: Curled Up Like a Doughnut

This is one of the classic cat sleeping positions. Your cat will be curled up with her tail wrapping around her body and her head tucked toward her chest. This sleeping position works great in conserving her body heat as well as protecting her vital organs.

Although domesticated felines don’t need to fear predators, sometimes their human companions love to play with their squishy toes. By balling themselves up, they keep their cute toe beans away from prodding fingers.

A cat sleeping in this position will lay sideways with her legs stretched out in front of her. Some would even rest their heads on one of their legs. If your cat stretches out on her side, she is off to a light nap. But later on, she may drift off into a deep sleep.

Cats that sleep in this position partly show their stomach, one of their most vulnerable parts. Sleeping sideways is one of the common cat sleeping positions that signify that felines feel secure and safe.

A cat snoozing in a box is a common sight to see. As many cat lovers have observed, felines have a weird fondness for boxes. That’s because small and tight spaces give them a sense of security.

Sleeping inside a box could mean that your cat is seeking a relaxing place because her big home is too rowdy. This may happen regularly if your home is full of lively children or other pets.

As mentioned earlier, a cat’s stomach is one of her most vulnerable body parts. Snoozing belly-up and exposing her furry tummy is one of the most heart-warming cat sleeping positions.

It means that your furry friend feels safe, relaxed, and content. She is super comfortable with whoever she is with that she lowers her guard whilst going off to dreamland.

A cat sleeping on her back and showing her belly is undeniably adorable. However, do not give in to the temptation of rubbing your cat’s stomach. Most felines get very cranky when given belly rubs. You are putting your arm at risk of getting scratched or bitten.

A cat lying flat on her stomach with her legs out is called splooting. By letting her body expand on the floor, she can lower her body temperature and cool down whilst she sleeps.

Splooting can be one of the cat’s sleeping positions when sick. It is usually accompanied by signs of illnesses such as limping, lethargy, loss of appetite, and lack of energy. If your cat shows any of these symptoms, take her to the vet for a check-up.

In the wild, cats are both predators and prey. This moulded them to be highly cautious animals, and they developed the ability to stay awake and asleep simultaneously. Domesticated cats also possess these traits.

If your furry friend has one eye closed and one eye open, this means she is not letting her guard down despite feeling sleepy. It is one of the cat sleeping positions that allow felines to react quickly in case there is a sudden threat.

Do cats sleep with their heads up?

Yes, sometimes cats do sleep with their heads up. This can usually be observed in cat loaf, splooting, half-eye shut, and box sleeping positions. When your cat is sleeping with her head up, she is not in a deep slumber.

You may notice her ears moving, although her eyes are closed. It is a hint that she is alert and observing her surroundings whilst resting.

What does it mean when a cat sleeps next to you?

Be happy if your furry friend chooses to take a nap beside you. Cats tend to be wary of their surroundings, and sleeping is a vulnerable moment for them. So, by snoozing next to you, she indirectly conveys that she sees you as a trustworthy human companion.

Another reason behind this sleeping habit is that your cat is seeking warmth. When she snuggles beside you, she can maintain her body temperature. On the other hand, some felines can be territorial. They will sleep on top of their owners to mark them with their scent.

Is it OK to let my cat sleep in bed with me?

Yes, sharing the bed with your cat is okay and even beneficial. It strengthens your bond with each other and reduces your stress. However, you may need to rethink this decision if you have the following conditions:

Why Is My Cat Always Hungry?

Why Is My Cat Always Hungry?

Around 130,000 dogs are sent to dog rescue centres each year in the UK in hopes of finding forever homes. Help them start a new and fruitful life by … END_OF_DOCUMENT_TOKEN_TO_BE_REPLACED 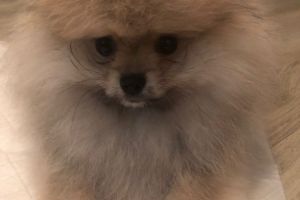 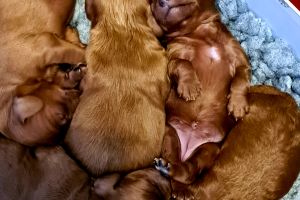 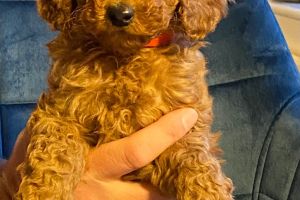 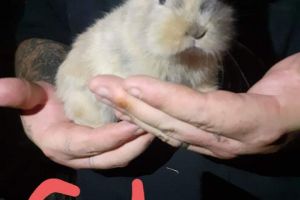