Why is my cat sneezing a lot? Contrary to myths, when a cat sneezes, it does not mean that it is going to rain. There are different causes why your cat has a sneezing fit. There are simple cases where it can be triggered by simple allergies or more serious problems.

Do not be quick to dismiss such a potential sign. Kittens may look adorable when they wrinkle their nose before they sneeze, but sometimes it is a serious matter. So what could be wrong with this cute gesture?

Similar to humans, cats are not immune to sneezing when stimulated with nostril tickles. Also, it might have been caused by a sniff of dust or a mild chemical irritation from household cleaners or cigarette smoke. Allergies may manifest with signs such as a runny nose or eyes and skin irritation. Sneezing reactions are usually short and provoked by that cat’s nature: inquisitiveness. It could happen any time of the day when she may encounter certain irritants from critters (mice or cockroaches).

Help your furry companion by providing medications that will relieve her discomfort. If this is the case, pay your veterinarian a visit for prescriptions.

Rhinitis takes form as an inflammation of the nose, particularly in the mucous membranes. Signs include:

Feline upper respiratory infection (URI) is commonly caused by virus or bacteria strong enough to develop certain diseases in cats. Below are the most common manifesting viruses and bacteria:

Tip: It might sound alarming that your feline can get infected with feline herpes; however, it is not contagious to humans.

URI symptoms include sneezing, inflammation of the eyelid membrane (conjunctivitis), and nose or eye discharge. The said discharge can be clear or cloudy in appearance. If this is the case with your feline, it is best to ask treatment from the veterinarian. The vet may prescribe particular antibiotics for bacterial infection, whilst viral infections may be countered with broad-spectrum antibacterial drugs.

It is always advisable to carefully examine your cat for any signs of developing dental and gum diseases. Dental problems involve root infection that causes bacteria to develop in the nasal sinus. This results in inflammation and sneezing. Other symptoms include:

Treatments can be performed by thoroughly cleaning the cavity, extraction, root canal, and certain antibiotics to aid the process. Treatments will vary based on the case of your feline.

Nasal foreign bodies can be acquired by inhaling blades of grass or any foreign object, which then goes into the nasal cavity. Irritation is its first manifesting sign. It is important to expel or ‘sneeze out’ such foreign objects before it develops into a nasal infection. Symptoms to watch out for include:


If not successfully removed through sneezing, surgical procedures can be considered. It is necessary to avoid the foreign object or substance finding its way into the lung.

When should I worry about cat sneezing?

It is best to monitor a sneezing feline for the first couple of days. She should be separated from other cats to prevent contamination, as one of the culprits could be an upper respiratory infection.

These signs may indicate severe cases:

What to do in the meantime

The mixed-breed lineage of the Yorkie Poo makes it challenging to determine if he has fully reached his adult size. With the help of this article, … END_OF_DOCUMENT_TOKEN_TO_BE_REPLACED 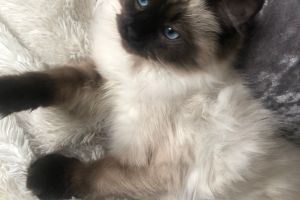 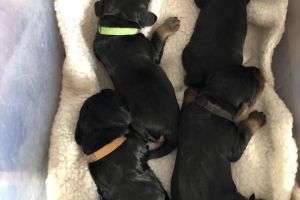 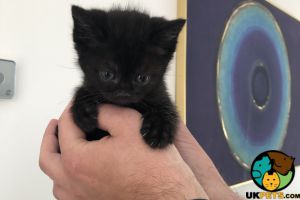 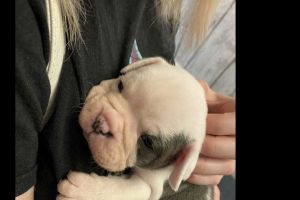