‘Dogs look up to us. Cats look down on us,’ said Winston Churchill. Although those lines seem to put down feline pets, the legendary statesman actually kept a few cats in his lifetime. This does not suggest that one is better than the other, but the cat vs dog comparison can determine which pet is right for you.

Both animals have their own distinctive charm and they appeal to different people, even sparking cat vs dog debates. However, many surveys and statistics show that the canines are more popular. In fact, in the UK, dogs are the most popular pets, with 26% of the population owning one. Cats are in the number two spot, beloved by 18% of the population.

All that considered, favouring one pet over another should not be based on popularity. It should not also be solely based on which one loves you more. What matters is whether caring for the animal suits your lifestyle, resources, availability, personality, and physical capabilities. The one that ticks most of your boxes is the pet that you should consider to have.

That being said, let’s take a closer look at their attributes.

According to animal behaviourist Stanley Coren, cats can learn about thirty-five words on average. Dogs ‘can learn 165 words; that’s equivalent to the vocabulary of a two-year-old child.’

Dogs also excel in the arenas of trainability, communication, and complexity of thought. They are easier to train and have a superior ability to learn from human activity. Overall, canines have been scientifically observed to be more intelligent than felines.

However, some may argue that cats are very clever because they can make their owners care and feed them despite giving little in return. To the felines’ credit, they indeed are better at surviving than dogs. It appears that the solitary nature of cats did not work in their favour in terms of intelligence. As it turns out, working in groups, like dogs do, make animals smarter.

Trivia: Cats have better memory than dogs. They can remember for about sixteen hours, whilst dogs can only manage five minutes.

Cats excel in the vision department. They are more able to spot prey in very low light conditions.

When it comes to smell, the dogs win. The many canines working as sniffers are a testament to this fact. The canines’ sense of smell is reportedly four times better than that of cats. There is a reason there are no felines working as sniffers at airports or high-security events. However, both definitely have a far superior sense of smell than humans.

Which one is faster? The fastest land animal on the planet is the cheetah, a large cat. Domestic cats, however, are not faster than their canine counterparts, but they are not far behind. The fastest dog, the greyhound, can reach speeds of 64 kilometres per hour (kph). Meanwhile, cats have recorded a top speed of 48 kph.

Dogs still take the cake when it comes to endurance. Sled dogs have been known to travel long distance by foot for hours, which means they are marathoners. Cats are more prodigious at napping, but that is probably because they are more efficient at hunting and getting food. Felines tend to sprint than go on a long slog like dogs are capable of doing.

When we talk about agility, cats have it in aces. They are known to land on all four feet when they fall off a high place. They have excellent balancing skills.

‘I’ve seen cats that have fallen more than 32 stories and didn’t have serious fractures,’ noted veterinarian Michael Garvey. ‘Sadly, most dogs that fall even four stories don’t survive, because they lack the ability to compose their bodies mid-air.’

With regard to longevity, cats have longer life spans, averaging 13–14 years. Some can live up to 19 years. Dogs, on average, live 8–10 years, depending on their size. Some canines can live as long as 15 years.

Trivia: Cats are excellent hunters, whilst dogs are versatile assistants to their humans. Canines can be trained to assist at a wide variety of tasks and have the drive to help. Felines, however, tend to spend about 80% of their day relaxing. Needless to say, dogs work harder than cats.

In terms of independence, cats can thrive on their own. They can go about their business without needing much supervision. This is not the case with dogs, which have been bred to socialise with humans.

Feeding requirements for both types of animals depend on their size and activity level, although cats eat less than dogs. Felines also need more protein than dogs.

Whilst cats do not need to be bathed, the ones with long hair need to be regularly brushed. Dogs require both brushing and bathing, with the frequency depending on their coat length and activity.

When it comes to house-training, cats are easier to house-train than dogs. Changing litter and cleaning cat environs should be done more frequently. On the other hand, dogs need much training and socialisation to adjust to its home well.

Which one needs more space? Dogs need more in order to satisfactorily run and move around. Cats can thrive in smaller spaces.

Trivia: Some cats (e.g., Maine Coon) have dog-like personalities, whilst some dogs (e.g. Basenji) are said to be cat-like.

After taking stock of all their attributes side-by-side, which pet is more suitable for you? Find your perfect cat or dog today!

Search and rescue dogs are saving hundreds of lives each year. Do you plan to make your furry pal a part of this heroic brood? Find out if he has what … END_OF_DOCUMENT_TOKEN_TO_BE_REPLACED 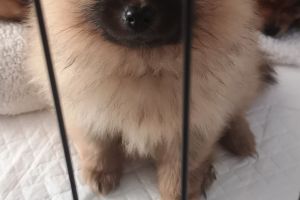 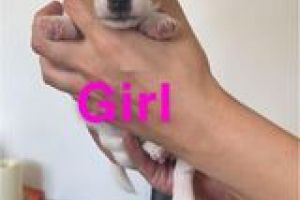 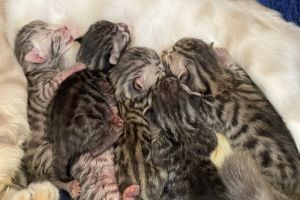 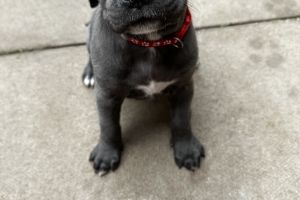