Cataracts in cats are a rare eye disorder that can result in impaired vision and even blindness if detected too late. Know the symptoms of cataracts in cats and their cataract treatments in case your cat develops this health issue.

What Are Cataracts in Cats?

Cataracts in cats are an eye disease in which the lens of the normal clear eyes gradually loses its transparency. They become cloudy, thus preventing light from reaching the retina and causing vision impairment.

Cataracts in cats should not be mistaken for nuclear sclerosis, a normal change in the eyes’ lens due to moisture loss. This condition commonly affects senior cats. Felines with nuclear sclerosis have cloudy eyes, but it does not interfere with their eyesight.

What Are the Types of Cataracts in Cats?

Cataracts in cats are classified into 4 types based on the severity of the condition and the percentage of the lens affected.

Incipient cataracts in cats are small and only affect less than 15% of the lens. Most of the time, they do not visually impair vision. These types come with age and tend to be overlooked. If left untreated, they can worsen over time.

Immature cataracts in cats affect a large part of the lens, typically around 15–100%. Although light can still pass through the eyes, there is a decrease in the ability to see the surroundings clearly.

These types of cataracts in cats cover the whole lens, hindering light from passing through the retina. Cats with this condition suffer from blindness.

Most cataracts in cats start small, but they eventually grow bigger to the point that they cause vision impairment. In some cases, feline cataracts do not grow and remain stationary.

What Causes Cataracts in Cats?

Old age is believed to be the cause of cataracts in cats. Whilst this is true, it is not the most common trigger. In most cases, uveitis or inflammation in the eye is the common cause of this ocular problem.

Other cataracts in cats’ causes are:

Numerous factors can trigger cataracts in cats, but in many cases, the primary cause is unknown.

What Breeds Are Predisposed to Developing Cataracts?

This feline eye problem may occur regardless of age, sex, or breed. However, some cat breeds are at higher risk of developing cataracts because of their genetics, and these include:

Many pet owners wonder: “When do cats start getting cataracts?” For breeds predisposed to cataracts, many develop this eye condition below 5 years of age.

Unfortunately, others are born with it. Generally, most feline cataracts appear in older cats around 10 years of age.

How Do You Tell If Your Cat Is Getting Cataracts?

Cataracts in cats during their early stage are easy to miss because of their small size. As they gradually grow bigger, you will begin to see more visible clinical signs of cataracts, including:

Cats that suffer from debilitating diseases like diabetes can acquire cataracts too. Some symptoms include frequent urination, increased thirst, and weight loss.

Do cataracts hurt cats? Most cases of cataracts in cats are not accompanied by pain, but they can be disorientating. If the cause of cataract growth is an underlying health issue, your pet may experience pain and discomfort.

Early vet treatment greatly helps prevent the development of cataracts and preserve your cat’s vision. Thus, take her to the vet immediately for examination if she shows any clinical signs of cataracts in cats.

How Are Cataracts in Cats Diagnosed?

Accurately diagnosing if your cat has cataracts or not entails performing several tests. A rundown on her medical history and a physical examination will be carried out along with the following tests:

The vet will use an ophthalmoscope to check your cat’s eyes and look for abnormalities or injuries. Opacity on the lens is an indicator of a cataract.

If your cat’s cataract is too thick, an ultrasound will be used to get a clearer look into her eyes’ structure.

A sample of your cat’s blood will be taken for a closer examination. This test helps detect anaemia, diabetes, infections, and other diseases that could possibly cause cataracts.

Sometimes the tests above are not enough to make a definitive diagnosis. Thus, the vet may refer your pet to a veterinary ophthalmologist for a special procedure called slit-lamp biomicroscopy.

They will shine a light through your cat’s eyes to locate and inspect cataracts.

How Are Cataracts in Cats Treated?

Cataracts in cats’ treatments differ from feline to feline and also depend on the severity and location of the cataracts. Your pet’s health is an important factor in choosing the most suitable treatment too. Here are the common treatment options for cataracts in cats:

Mild cases of cataracts in cats can be managed with the help of corticosteroids or nonsteroidal anti-inflammatory eye drops. These medications soothe eye inflammation to prevent cataracts from causing glaucoma, which is a painful eye disorder.

This cataract surgery for cats, which is carried out by a veterinary ophthalmologist, involves removing the cataract and replacing the affected lens with an artificial one.

However, phacoemulsification does not apply to some cats. Consult the vet to make sure your pet is a good candidate for this type of surgical procedure.

The success rate of lens implantation is around 90%, which means most cats can retain their vision after surgery. Following post-surgery aftercare is important to avoid the risk of complications like glaucoma and retinal detachment.

The vet will recommend having your cat wear an e-collar for several weeks and administering eye drops for cataracts in cats a couple of times a day.

Some underlying causes of cataracts in cats can cause extreme pain and swelling in the affected area. The vet may advise enucleation, a surgery to remove the eye, to address this issue.

How Much Does It Cost to Remove Cataracts in Cats?

Cataracts in cats’ surgery cost for 1 eye is around £3,400–£3,800. Surgical cataract removal for both eyes tends to be more expensive, typically ranging from £4,400–£4,800. Save your wallet from pricey medical expenses by acquiring pet insurance.

How to Prevent Cataracts in Cats?

Prevent cataracts in cats by providing your cat with healthy and balanced meals to prevent nutrition imbalance and keeping up-to-date with vaccinations for protection against feline infectious diseases.

Cataracts in cats caused by trauma and injuries can be prevented by limiting your pet’s access outdoors. This keeps her safe from being hit by a car or getting involved in catfights.

Do not forget to take routine visits to the vet for pet health checks. The early stages of cataracts in cats are mostly detected through regular medical examinations.

Cat Eye Infections: What to Do When Your Cat Has One

Cat Eye Infections: What to Do When Your Cat Has One

There is plenty of hidden value to teaching your dog his name. It greatly helps maintain his attention on you and keeps him safe in new situations. … END_OF_DOCUMENT_TOKEN_TO_BE_REPLACED 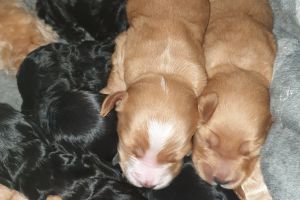 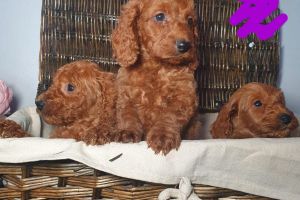 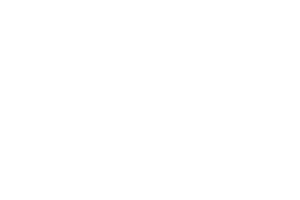 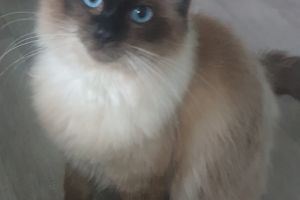