It’s not just people who are unfamiliar with these breeds that can’t tell one from the other, but professionals also find it hard to do.

The first one that existed between the two breeds is King Charles Spaniel. His origins can be traced back to the 15th century in Great Britain. This toy dog breed was created to be a companion dog and became a hit to the British Royalty.

King Charles Spaniels, also known as English Toy Spaniels, gained famous fans. One of them was Queen Mary I of Scotland, who was deeply fond of the breed.

After she was beheaded, her black and white English Toy Spaniel refused to leave her side and died a few days later because of grief.

In the 16th century, an emergence of a different-looking English Toy Spaniel with a longer muzzle, known as the Cavalier King Charles Spaniel, became popular.

Later on, the Cavalier King Charles Spaniel’s popularity waned. However, there was a surge of interest in the 1920s when a wealthy American named Roswell Eldridge offered a cash reward to British breeders who could reproduce the breed.

Are there 2 types of King Charles Spaniel?

Other features that distinguish these two toy dog breeds from each other are the shape of their heads and muzzles.

How many types of Cavaliers are there?

There are 3 variations of Cavaliers and are classified according to the coat colours that they have. This is also the same for the King Charles Spaniels.

Here are the different coat colours of the Cavalier and King Charles and their corresponding names:

Both toy breeds may have the same coat colours, but their coats are distinct from each other.

The Cavalier King Charles Spaniel breed has a long and silky fur of moderate length. His coat should be straight. Any sign of wave or curling is undesirable.

Meanwhile, the King Charles Spaniel also sports a long and silky coat but heavy with a slight wave.

Owning one of these dogs means finding a good amount of hair all over your home. Luckily, brushing them once or twice a week will help manage their shedding.

It is recommended to use a pin brush or a soft slicker brush in combing their coats. These brushes are great at gently getting rid of mats and loose hair whilst massaging the skin and stimulating the distribution of natural oils.

Visiting the groomer every 4–6 weeks is also a great way to keep their coats tidy and reduce mats and tangles.

Moreover, the double coat serves as a temperature regulator. Cutting it can also cause both breeds to have a hard time keeping themselves warm in winter and cool in summer.

Cavalier King Charles Spaniels have a height of around 30–33 centimetres (12–13 inches) and a weight of about 5–8 kilos (13–18 pounds). This breed is considered one of the largest toy dogs.

King Charles Spaniels are the opposite since they are the smallest Spaniel breed. These tiny dogs measure approximately 25–27 centimetres (10–11 inches) in height and 3–6 kilos (8–14 pounds) in weight.

Both toy dog breeds will benefit from going on short walks and a few sessions of playtime daily. These activities alone will significantly expend their energy. Running off-lead in the back garden is also a simple but effective method to tire them out.

Thus, overexercising should be avoided at all costs since it can result in heatstroke. Walking them outside during hot weather is not advisable too. It is best to do indoor exercise instead if the temperature is scorching outside.

Nevertheless, they should be trained at a young age to keep them from barking at anyone who passes by your flat.

Both toy breeds are lapdogs that cherish their time with their owners and spend long periods staying close to them.

As toy dogs, they are diminutive and fragile. Small children do not fully understand yet how rough-handling their canine companion can hurt and injure him.

In search of a small couch potato pooch? The King Charles Spaniel would be the better option. However, his exercise needs should not be neglected despite his low energy levels to keep a healthy and well-balanced toy spaniel.

There is a dispute about the puppy training pads’ effectiveness in potty training. Some attest that they helped pups move forward in training, whilst … END_OF_DOCUMENT_TOKEN_TO_BE_REPLACED 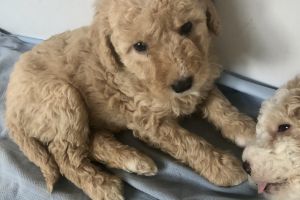 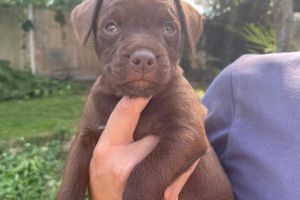 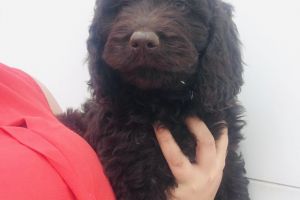 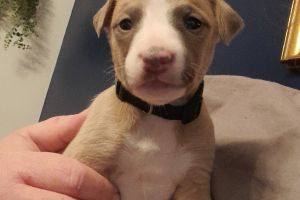