Iconic Chanel fashion designer Karl Lagerfeld’s cat Choupette was passing time watching The Bachelor when her owner was rushed to the hospital.

The German designer was known as one of the most prolific figures as the creative director of Chanel and Fendi. Vogue magazine’s editor-in-chief, Anna Wintour stated, ‘Today the world lost a giant among men.’ Lagerfeld has not been well in the previous weeks as he wasn’t able to attend Chanel’s Spring/Summer Show event.

As of this time, the internet remains in the dark as to who will look after Choupette now that his owner has died at the age of 85 after a cancer battle. He was admitted in the hospital on Monday and was declared dead on Tuesday morning.

Choupette, the love of his life

‘She is peaceful, funny, fun, and gracious. She’s pretty to look at and has good poise, but her main quality is that she doesn’t talk,’ says Lagerfeld from an interview with the Numero magazine.

Karl Lagerfeld remains a bachelor all his life, but he admitted that he would have exchanged vows with his pampered cat, Choupette. He called his seven-year-old white Birman feline as the love of his life. In fact, Choupette lives a luxurious life with a bodyguard and two personal maids on her heels aiding her with beauty treatments.

‘There is no marriage, yet, for human beings and animals . . . I never thought that I would fall in love like this with a cat,’ Lagerfeld professes his profound love for his beautiful little feline.

It was love at first sight when Lagerfeld met Choupette through Baptiste Giabiconi, a model and one of Lagerfeld’s close friends. It all began when Giabiconi appointed Lagerfeld as a cat sitter as he spends his Christmas holiday somewhere. Two weeks later, the model did not get his cat back as Lagerfeld says, ‘Sorry but I’m keeping her.’

In French, Choupette means ‘sweetie.’ However, the blue-eyed cat isn’t the only Choupette in the designer’s life. Lagerfeld admitted to British Vogue that he calls his favourite models by the moniker, ‘my choupettes.’ This includes Luna Bijl and the daughter of Vanessa Paradis, Lily-Rose Depp.

Ever since Lagerfeld’s ownership, Choupette was set to become a celebrity in her own right in the fashion world. She was introduced to product collaborations and modelling gigs. In addition to that, this chic feline has her own social media director to manage her Facebook, Twitter, Instagram, and blog (called Choupette’s Diary).

After a few months, Lagerfeld declared her as ‘the most famous cat in the world.’ In 2014, his blue-eyed furry companion has her own accessories and clothing line that feature shoes, bags, and scarfs with a cartoon branding of ‘Monster Choupette.’

In 2015, as a doting dad, Lagerfeld proclaimed Choupette as the ‘richest’ and ‘most famous’ cat in the world as she earns $US3 million in one year through business deals with a Japanese beauty brand Shu Uemura and a German car company.

Most consider Lagerfeld’s death as a loss for the fashion industry, but for Choupette, she lost a dad.

Ashley Tschudin, the person behind Choupette’s Diary blog and social media accounts, released a statement to People magazine on the coping phase of the feline after losing Lagerfeld. She said that the cat will do her best to put her best paw forward with the support of her loyal fans and followers.

A blog entry in Choupette’s Diary was recently posted regarding Lagerfeld’s death, and it referred to her as ‘Daddy Karl’s Biggest Fan.’

‘He will forever live in my now broken heart and the hearts of all his supporters around the world,’ the post said. ‘I am eternally grateful for the life and love he gave me through adoption. I will never forget the moments we’ve shared together traveling, exploring, and creating.’

Get more pet updates on this link.

Socialising adult dogs may seem like a daunting task as some full-grown pooches are set in their ways. However, all hope is not lost. There are many … END_OF_DOCUMENT_TOKEN_TO_BE_REPLACED 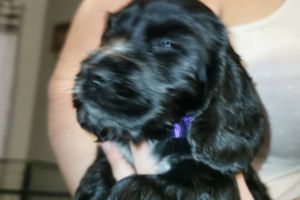 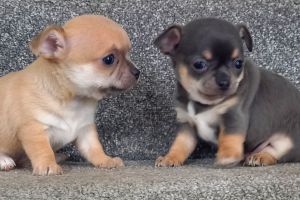 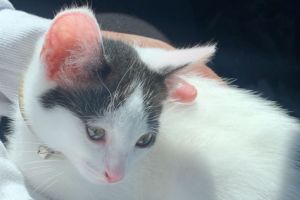 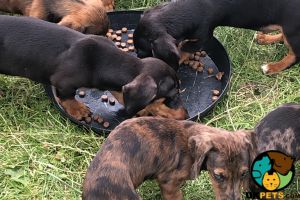