Experts warn dog owners to keep pets away from any contact with birds for fear of the risk of chlamydia. Even a brief exposure of dogs to infected dried bird faeces or bird carcasses can lead to infection.

Chlamydia in humans refers to a sexually transmitted infection that causes infertility when left untreated. However, dogs do not need to have sex occurring contact for them to get infected. Rather than being sexually active, our four-legged friends can become affected by a bacterium in the environment called Chlamydia psittaci.

Vets warned dog owners to be extra cautious during dog walking sessions in a public area. Pigeons are believed to be carriers of the said undesirable condition that your pooch is susceptible to. Parks and fields are full of bird flocks that will put your furry friends at risk of the disease. Affected canines will be seen with itchy symptoms.

‘Whereas chlamydia in humans tends to affect their reproductive organs, in dogs, it affects eyes and their breathing,’ stated Iain Booth from VetUK.

How to spot signs of chlamydia in dogs

Affected canines have different symptoms as the condition in humans. Generally, clinical signs are likely to initially manifest in the eyes. Here are the symptoms that you have to watch out for:

‘If they’re scratching or pawing at their eyes or they’re panting for more air, it could be because they’ve come into contact with the bacteria.’

It is important for one to recognise early signs to start early medication. Chlamydia is definitely treatable. A vet may give patients antibiotic prescriptions that would help clear the infection in a few weeks’ time.

Before that, your dog must undergo a physical examination that will show results for any symptoms mentioned above. They may take swabs for further analysis of certain tissues.

When left untreated, chlamydia can lead to more severe conditions such as diarrhoea, extreme lethargy, pneumonia, and pericarditis (inflammation of the sack around the heart).

In most cases, oral medication is prescribed to counter infection. This may include tetracycline or doxycycline with dosage prescription from your vet’s advice.

Whilst on a healing period, expect your pooch to become lethargic with some signs of uneasiness, especially in the first several weeks. A canine’s recovery from chlamydia may run as long as the course of the treatment, which is usually from four to six weeks.

Similarities of chlamydia in dogs and humans

‘For its transmission, you’d have to have the chlamydia vaporised, as in dry bird poo which turns into dust form and sticks to a dog’s moist facial parts like the nose and eye,’ added Booth. ‘From there, the disease can stick and germinate—but to catch it from your dog’s wet eyes would be highly improbable so do not worry.’

Although there is one obvious difference between chlamydia in dogs and humans, which is the transmission of bacteria, here are a few points of its similarities:

Chlamydia psittaci is considered zoonotic, which means humans can get bacteria from birds. However, as there is a different strain of chlamydia compared to the STD strain, it is unlikely for owners to catch the said bacteria from an affected canine.

Find timely updates on pet alert and healthcare advice from our blogs for your next read! 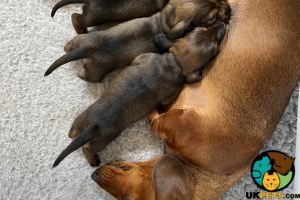 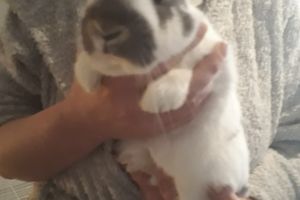