Should you get a cockapoo or labradoodle? Both breeds are often referred to as designer dog breeds. These pooches are technically mixed-breed. However, compared to the average mixed-breed, hybrids or designer dogs are the offspring from a mating between two purebred dogs of different breeds.

It is understandable why anyone would be torn between the two adorable cute breeds. After all, designer dogs are bred to optimise the best qualities of each purebred parent that suits your needs or preference. This post will help you decipher the better crossbreed for you—a cockapoo or labradoodle?

The cockapoo is an interesting mixture between a cocker spaniel and a poodle (usually a toy or miniature poodle). This hybrid emerged in the 1950s as an experiment. The first cockapoo in the history was recorded in the USA from an outcross between an English cocker spaniel and a poodle. It was believed that the first breeding was unintentional. And since it produced a low shedder and a placid-tempered pooch, it unsurprisingly became popular both in the UK and the USA.

On the other hand, the labradoodle was bred in a different matter and had some controversies. The first labradoodle was developed by Wally Conron with the hopes of creating a guide dog that is hypoallergenic. It was a special request from a blind Hawaiian woman whose husband is allergic to dogs. With all the built-up pressure from his boss, he decided to cross one of his Labradors with a poodle that produced an offspring named Sultan.

Further, Conron initially intended to develop a labradoodle breeding programme. However, he was soon discouraged by some pure breeders and The Kennel Club, and they even threatened to remove him from the registry. He was accused of corrupting the works of the pure breeders. That propelled him to give up his pursuit for a new breed. Despite that, there were many breeders who, until the present, continued to develop the labradoodle breeding programme.

Nowadays, both the cockapoo and the labradoodle have earned popularity and support nationwide. However, both are not recognised breeds by The Kennel Club. Thus, both still fall under the hybrid category and not as full-fledged dog breeds.

Like all dog breeds, cockapoo puppies should have a normal socialisation period together with the mother and littermates for at least seven to eight weeks.

Further, this hybrid dog is one of the most popular mixed-breed dogs. They are adaptable to both old and young potential owners. Know that cockapoos are known to yearn for human companionship. As such, early crate training is needed to handle separation anxiety that might develop as it grows. This is a loving pooch that can also sense your emotional state. As such, it makes a great therapy dog.

This also an intelligent pooch that requires intellectual toys when left alone. Though it is not known for being aggressive, a cockapoo can be very creative when bored, such as barking, jumping and chewing furniture. That being said, it is recommended to provide it with the right environment and to have an owner with an active lifestyle. This is not a couch potato dog. Instead, this pooch is a candidate for agility training. Despite being an agile dog, it can also adapt well to your behaviour and daily routines. It enjoys following you all around the house, but will always look forward and jump up when you pick up its leash.

Similar to the other crossbred dogs, the labradoodle’s temperament largely depends on the temperaments of its parents. In general, this pooch is typically happy and eager to please its people. As such, training a labradoodle becomes easy. This is a highly trainable dog that should be provided with proper training to develop its capability to be a great assistance dog.

Further, this is a furry friend for all ages, from a family pet to first-time owners. It has a good temperament that can keep up in company with any type of pets, including cats. At times, playing session can become too rowdy and therefore should be supervised.

Tip: To ensure safety, all dog interaction with children and other pets must be supervised.

In general, both dogs have good temperaments, which make it harder to choose between the two. In addition, neither breeds look terrifying as a guard dog, but they can do a good job being watchdogs. They are equally loud upon sensing an intruder around your property, which they considered as their territory. Rest assured that they will alert the family as soon as it senses danger.

For the most part, there is only a little difference when it comes to their needs.

Did both crossbreeds steal your heart? Fine-tune your options with the cockapoo dogs for sale and the labradoodle dogs for sale.

Our feline friends are good at hiding their sickness. In the wild, they need to conceal their weaknesses, including health problems, to protect … END_OF_DOCUMENT_TOKEN_TO_BE_REPLACED 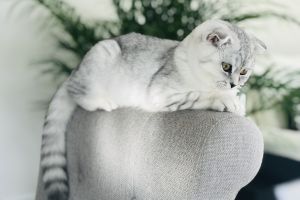 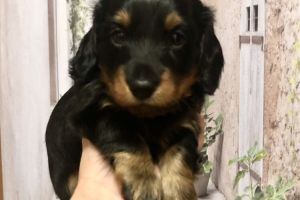 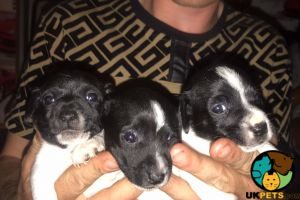 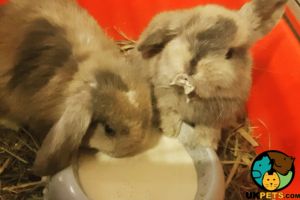