What conditions are Cocker Spaniels prone to? Ocular problems, particularly cherry eye, are common in Cocker Spaniels. This condition results from inflammation and irritation of the nictating membrane or the third eyelid.

Cherry eye is easy to spot as it forms a red mass in the corner of the Cocker Spaniel’s eye. Other symptoms of this eye problem that you need to look out for are:

Cherry eye does not cause blindness in Cocker Spaniels. However, leaving it untreated can increase the danger of eye infections. Dogs will paw on the affected area to ease the discomfort, which introduces harmful bacteria and debris.

Cherry eye is one of the treatable Cocker Spaniel health issues. It can be cured through anti-inflammatory or antibiotic topical medications.

If this treatment does not produce a promising result, the vet might suggest letting the affected dog undergo surgery.

Progressive retinal atrophy is one of the Cocker Spaniel hereditary diseases to be aware of. It causes the gradual degeneration of the retina’s cells. Whilst this eye problem is not painful, it can eventually lead to permanent blindness.

Progressive retinal atrophy can develop in the breed from an early age. Some Cocker Spaniel puppies will begin to have decreased vision due to the disease at the age of 2 or 3 months. Common symptoms of this Cocker Spaniel health problem are:

As there is no effective treatment for progressive retinal atrophy, the only option Cocker Spaniel owners have is to make lifestyle adjustments for their dogs. Rearranging the furniture should be avoided so they can easily navigate around the house.

Placing baby gates near dangerous areas of your house, such as the balcony and stairs, is also recommended. By making these spots inaccessible to blind dogs, they are kept safe from accidents such as falling down high heights.

Cocker Spaniels are prone to developing an optical condition called dry eye. Also known as keratoconjunctivitis sicca, it is characterised by the inflammation of the cornea, which causes inadequate production of tears.

Much like many eye health problems in Cocker Spaniels, dry eye can irritate the eyes and contribute to ocular infections. Dogs with this condition often show the following symptoms:

Dry eye is a curable Cocker Spaniel health issue. In many cases, it can be treated through medicated ointment or drops, which help stimulate tear production.

If medical therapy does not work, the vet will need to resort to conducting surgery. They might move one duct of the mouth that produces saliva to the eye to increase its moisture.

You may also like: Discover the Blinding Truth Behind Dog’s Dry Eye Syndrome

Hip dysplasia is one of the most common Cocker Spaniel joint problems. It occurs when the ball and socket do not fit with the hip joints. As a result, it can cause Cocker Spaniel arthritis to develop as well as hip displacement.

Some Cocker Spaniels are born with hip dysplasia, whilst others acquire it due to trauma. This makes it one of the most potential working Cocker Spaniel health issues. It is due to their vulnerability to suffering from traumatic injuries whilst on the job.

The stiffness of the limbs and limping hint at the presence of hip dysplasia. Some of the symptoms caused by this common health problem in Cocker Spaniels are:

Unfortunately, hip dysplasia is untreatable. The best way to manage this Cocker Spaniel back legs problem is through physical therapy, exercise restriction, joint supplements, and maintaining a healthy body weight.

Patellar luxation is another prevalent health issue in the Cocker Spaniel dog breed. It is commonly seen in American Cocker Spaniels, ranking them as the 5th dog breed with the highest rate of luxating patellas.

This disease manifests when the kneecaps become dislocated from the knee joints. It is usually hereditary in nature, but it may also develop due to trauma.

Cocker Spaniels suffering from patellar luxation will have difficulty moving around. Here are other symptoms that commonly appear when dogs have developed this health issue:

Patellar luxation has 4 categories: grades 1 and 2 are mild forms, whilst grades 3 and 4 are severe. Mild cases of this disease can be cured through medications, physical therapy, and gentle exercise. On the other hand, severe patellar luxation may require surgery to correct the kneecap dislocation.

Lack of proper ear care increases the risk of Cocker Spaniels developing yeast infections and attracting ear mites. Overlooking this health issue may cause serious ear problems such as ruptured ear drums. Thus, it is crucial to know the signs of ear infections in Cocker Spaniels, such as:

There are several types of cancer that the breed might develop, such as melanoma, basal cell tumours, and fibrosarcoma. English Cocker Spaniels, in particular, are predisposed to mammary tumours.

As cancer is a most common senior Cocker Spaniel health problem, keep a close eye on your geriatric dog for symptoms. Some of the typical signs of cancer are:

Early detection plays an important role in slowing down and treating cancer in Cocker Spaniels. Thus, if your pet exhibits this health issue, get him checked by the vet immediately.

Some pet owners ask: “How long does a Cocker Spaniel live if he has cancer?” A Cocker Spaniel might only live for about 2 months if his cancer is left untreated. He will have a higher chance of living for a year or more once he receives proper treatment.

Many types of cancer in Cocker Spaniels are curable through surgery, chemotherapy, or radiation therapy. On the other hand, incurable cancer can be managed through palliative care. It involves pain management through medications and physical therapy.

Middle-aged Cocker Spaniels are prone to developing a liver disease known as chronic hepatitis. It causes the liver to swell and damages its cells.

Over time, these scarred tissues will be more dominant than healthy liver tissues. This may hinder liver function and can also potentially cause complete organ failure.

If you suspect that your Cocker Spaniel has chronic hepatitis, look for the following symptoms:

There is no cure for chronic hepatitis in Cocker Spaniels. However, medical therapy, supportive care, and dietary modifications aid in suppressing the symptoms of this disease.

Many of these breed-specific health issues can be prevented by acquiring a health-tested Cocker Spaniel. The Kennel Club suggests that the breed should undergo DNA tests as well as eye testing. Always make sure to ask the breeder for dog health certificates before bringing your pooch home.

You may also like: Dog Grooming: Should You Do It Yourself?

Controlled exercise and dietary restrictions lower the risk of musculoskeletal conditions. Avoid overworking your Cocker Spaniel during playtime or fieldwork to prevent straining his joints. Feeding him small meals is a must to keep a healthy weight, as obesity adds pressure to the limbs.

Most importantly, never skip regular vet check-ups. Severely debilitating Cocker Spaniel health issues such as cancer and hepatitis have higher chances of getting treated or managed better when detected early. 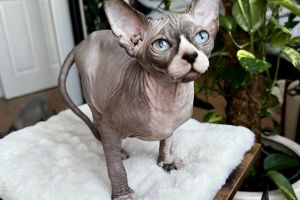 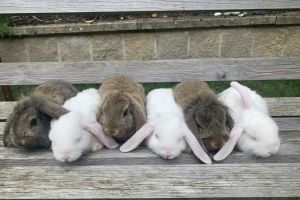 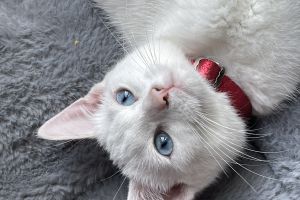 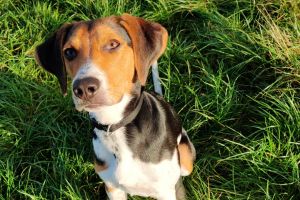