The French bulldog is known to have the innate ability to make people laugh; hence, they are also often called clown dogs. The French bulldog has taken the Labrador Retriever’s spot as the UK’s most popular dog breed. Despite the rising popularity of the breed, not many people know that the breed can suffer from hereditary French Bulldog health problems.

Are French bulldogs prone to health issues? Just like any other brachycephalic or short-muzzled breeds, they are susceptible to certain diseases from selective breeding to produce dogs having extreme brachycephalia features.

‘They have got all of the tissues in their head that a normal dog has, but they have less room, they get dental crowding and they also get the soft palette hanging down – that is what gives them the (breathing such as snuffling or snorting) sounds,’ stated Professor Paul McGreevy, a researcher from the University of Sydney.

Chronic allergies are usually observed in Frenchies and may manifest from either food allergy or environmental allergy.

A food allergy happens when the dog’s immune system mistakenly thinks that the food your dog consumed is foreign bodies. The immune system then attacks it by producing antibodies. The allergic reaction is then manifested, like itchy skin. Beware of the following food that can cause food allergies:

This type of allergy can be contracted from physical contact or exposure to certain allergens. Hypersensitive canines are the most vulnerable. Beware of the following:

Signs that a Frenchie could have an allergy:

One of the frequently asked questions regarding French bulldogs is this: ‘Why is the French bulldog so expensive?’ Perhaps, one of the reasons is the breeding. This small dog is not easy to breed. Due to issues with their body build and conformation, it results in a challenging process of mating and giving birth.

French bulldog puppies are born with too narrow hips. This results in the difficulty of male dogs in mounting females during the mating process. As such, breeding french bulldogs requires artificial insemination for successful mating and conception.

The same problem can be said about the delivery. The same conformation problem results in a challenging delivery of litters. In most cases, French Bulldog bitches deliver litters through caesarean section.

If you are considering getting a French Bulldog as a pet, it is very important that you avoid irresponsible breeders, do your research and only get your pup from a reputable breeder.

Genetic defects include palate deformities in Frenchies. The palate is the opening of the mouth that parts it from the nasal passages.

What is a cleft palate? This can be observed when palate tissues do not properly grow from birth. Symptoms vary on the deformity.

Frenchies often suffer from hemivertebrae. This occurs when spines are abnormally shaped and do not align with other bones in the spine, creating deformity in the spinal column.

Brachycephalic breeds have short noses resulting in difficulty in breathing. This makes them susceptible to heatstroke. Heatstroke happens to pets left in a car without proper ventilation on a hot day.

Signs of heatstroke include:

Owners that notice the signs and symptoms on their Frenchies should immediately call the vet for treatment and medication.

Socialising adult dogs may seem like a daunting task as some full-grown pooches are set in their ways. However, all hope is not lost. There are many … END_OF_DOCUMENT_TOKEN_TO_BE_REPLACED 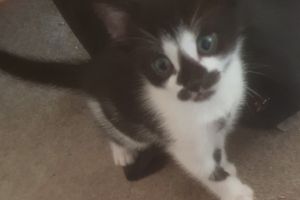 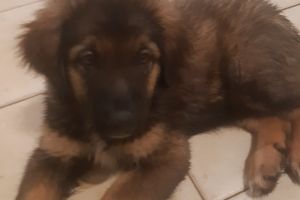 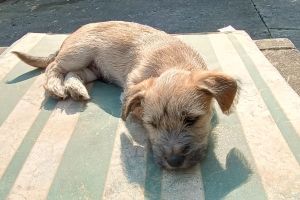