Ever wondered how your dog could sniff out that forgotten cookie that’s fallen down the back of the sofa? Or how they know you’ve sneakily moved their treats from under the sink to the pantry?

It’s probably something to do with the fact that their sense of smell, and their ability to analyse those smells, is between 10,000 to 100,000 times better than people.

This explains why dogs are vital additions in law enforcement, search and rescue operations, and, perhaps most astonishingly, the medical industry.

The charity ‘Medical Detection Dogs’ revealed that they have trained dogs to detect specific odours related to numerous medical conditions such as cancer, Parkinson’s disease, and malaria.

Now, in the midst of the COVID-19 pandemic, the charity believes they can train dogs to identify the virus in humans by its distinctive smell.

Trials are currently being planned by the charity with Durham University and the London School of Hygiene and Tropical Medicine where they estimate that dogs could be fully trained in six weeks to provide a “rapid, non-invasive diagnosis.”

“In principle, we’re sure that dogs could detect COVID-19”

She notes that, with their team of scientists, they are looking into how they can “safely catch the odour of the virus from patients and present it to the dogs.”

The detection dogs could alleviate the pressure on the NHS, already struggling with limited resources, making them the ultimate ‘good boys’. Plus, as nationwide testing is not currently available, this method would provide a fast and effective approach to screening people.

There is also the potential for the dogs to detect a fever (a common symptom of the virus) by noticing the slight changes in a person’s skin temperature.

However, the research being undertaken is still in the early stages of development, as the scientists involved in the project are still determining whether canines are able to smell the infection.

If all goes to plan, this would be a pioneering method in detecting and diagnosing COVID-19. The dogs’ ability to sense subtle shifts in body temperature and the specific smells related to the virus would provide early diagnoses, which is crucial for people that are asymptomatic and are unaware that they are infected. Not only would they receive treatment promptly, but it would also diminish their chances of spreading the virus unknowingly to others.

Professor Steve Lindsay of Durham University’s Department of Biosciences has suggested that detection dogs be used in airports in order to detect and identify travellers who are infected by the virus. Lindsay hopes that it would help thwart the recurrence of the disease once the current epidemic is brought under control.

This method could be vital in the long-term and transform how viruses are diagnosed in the future. As a rapid and efficient mode of screening, it has the potential to mitigate rising numbers of cases in the UK by catching the infection early.

Many dogs love bananas. Can cats have bananas too, or should pet parents keep these fruits to themselves? Evaluate the benefits and risks of feeding … END_OF_DOCUMENT_TOKEN_TO_BE_REPLACED 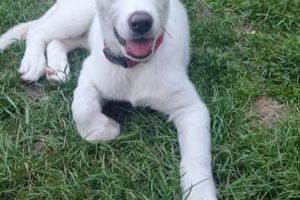 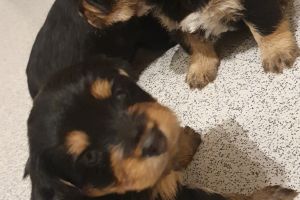 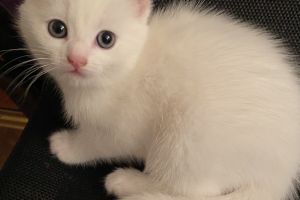