The excitement of the most anticipated event at Birmingham’s NEC rose to fever pitch Sunday. Animal rights protesters invaded the stage as the Crufts 2018 results of the Best in Show award was being handed over to this year’s winner.

The 2018 champion of the annual Crufts competition is a female whippet named Collooney Tartan Tease. Owner Yvette Short of Edinburgh, Scotland, was quick to grab her winning dog as soon as two poster-waving protesters stormed the stage.

PETA (People for the Ethical Treatment of Animals) has since confirmed that the Crufts invaders are from their own ranks. The group also revealed the said activists as Joel Cessio (32) from Nice France and Lolita Vernot Santamaria (25) from Paris.

The intruders are said to be members of the Vegan Strike Group, which aimed to fight animal abuse. Both managed to charge through barriers and into the stage before they were tackled to the ground by security. Cessio brandished a poster that said ‘Crufts: Canine Eugenics.’

‘It appears that protesters from PETA gained unauthorised access to the ring in the main arena at Crufts, and in doing so scared the dogs and put the safety of both dogs and people at risk in a hugely irresponsible way,’ said a Crufts spokesman. He further explained that their main priority following the event is the canine finalists’ well-being and that they will review security measures.

It was reported that the members of the audience were searched before they were granted access to the arena. However, the activists’ intention escaped detection as they only brought paper posters of a modest size. They were also observed passively spectating at the show with the Chelsea Pensioners section until they eventually burst into the arena during the awarding ceremony.

As the intruders were taken away by security staff, boos and claps were heard around the arena. Channel 4’s Claire Balding, who presented at the event, praised Mrs Short’s quick reaction to the security breach. She also complimented the audience for keeping their cool during the entire episode. She later concluded that Crufts 2018 has reached a ‘very eventful conclusion.’

Many viewers on social media shared their thoughts on the unusual turn of events, mostly praising Mrs. Short’s instinctive reaction in protecting her two-and-a-half-year-old hound. Some said her selfless act was an example of ‘pure love.’

Some, however, chose to comment on the way the security staff handled the invaders, joking that they did a better job than West Ham’s security at Saturday’s football match.

Crufts 2018 Results for Best in Show

With Jill Peak judging, Mrs. Short’s whippet, Tease, triumphed over six other competitors at the end of the 4-day Olympics of dog competitions. As Best in Show champion, the Hound Group winner was awarded £100 cash prize and a replica of the Keddall Memorial Trophy. Although the moment was stalled by the invaders, the turnover was repeated without a hitch.

The Reserve Best in Show recognition, which was announced before the champion, went to Pointer gundog Kanix Chilli, owned by Miss H Blackburn-Bennett. He bested his field in the Gundog Group.

The winner of the Pastoral Group is Roo, an Irish border collie from County Louth.

Nana, a Newfoundland hailing from Blackburn, bested the field in the Working Group.

A Scottish Terrier from Gettysburg, USA, Bopper, was chosen as the best amongst the Terrier Group.

For the Utility Group, Chanel, an Akita from Prenton, Merseyside, was named the winner.

Amongst the entries in the Toy Group, Howard the Papillon took home the bacon.

Speaking after the awarding, Mrs. Short described her winning pet as ‘so laid back, she’s just a dream.’ The 52-year old handler has been a Crufts veteran for thirty years and found the win ‘incredible’ and ‘absolutely amazing.’

Have you seen the Crufts 2018 Best in Show event? Tell us what you think in the comments!

Many dogs love bananas. Can cats have bananas too, or should pet parents keep these fruits to themselves? Evaluate the benefits and risks of feeding … END_OF_DOCUMENT_TOKEN_TO_BE_REPLACED 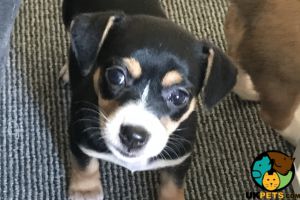 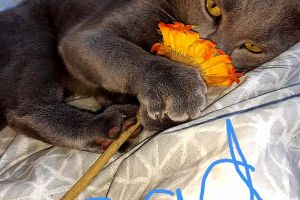 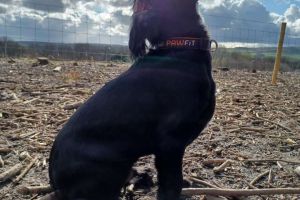 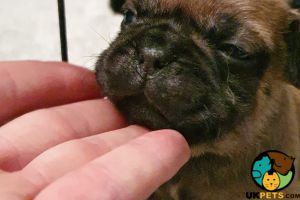 Bear the frenchie puppy for sale