What makes the dachshund’s gaze beguiling to artists? Many artists have chosen to have one of these furry companions by their side. Pablo Picasso found a buddy in a curious puppy named Lump. Andy Warhol had Archie and Amos. It is no secret that dachshunds never fail to charm the creative minds. More proof of this claim is indelibly imprinted in their works of art. David Capra now speaks why, as an artist himself.

David Capra, Sydney’s performing artist, admitted how he was captivated by a chocolate and tan sausage canine Teena when she was just a pup. Capra shared that before Teena, he made sculptures called Prayers for Sausage Dog. The piece depicts a dachshund with three heads, which seems to be an early sign of an incoming sausage companion in Capra’s life.

So what’s the secret behind the artist’s adoration to dachshunds?

Capra’s answer goes: “Maybe it’s because a sausage dog is the only match for an artist’s ego. The dachshund sure is an authority when it comes to singlemindedness. They see the world for what it is: theirs and for the taking.”

Teena, a female dachshund, was rescued from a puddle of mud in Bogan Shire, New South Wales. Her name was coined from a TENA Pad, a urinary incontinence product from Sweden, due to Capra’s admiration to “one of those great inventions of absorbency.”

In 2016, Teena had Eau de Wet Dogge, her very own fragrance. The launching was featured in Australian breakfast television. Two years earlier, they launched Teena’s Bathtime at the Museum of Contemporary Art Australia’s Jackson Bella Room. It offers open, playful participation to invited audiences in giving the artist’s dog Teena a bath. This work serves as a form of intervention into physical and social spaces as an initiation to healing.

Of course, it’s not just Teena that captured an artist’s soul. Here are more stories of the artists and their dachshunds.

Sure, Picasso had numerous dogs including a poodle, Afghan hound, German shepherd, but his favoured one is a dachshund named Lump. He got Lump from David Douglas Duncan, an American photographer.

It was in 1957 when Duncan visited Picasso with Lump, which took a liking to Picasso’s endless rooms. Fortunately, it was no problem with Picasso that when Duncan was about to leave, Picasso clutched Lump, telling Duncan, “You will leave him, of course?”

It was then that their journey together embarked. Lump was often seen in Picasso’s interpretations of Velásquez’s painting Las Meninas.

Another willing victim to dachshunds is Andy Warhol, one of the most successful commercial illustrators in New York. Initially, it was his boyfriend who wanted a dachshund puppy, which led them to Archie. With time, Warhol was the one who was more infatuated with the pooch to the extent of bringing Archie to interviews, business trips, photoshoots, and galleries as well as in his studio.

Jamie Wyeth described Warhol’s relationship with Archie as “a mirror of his boss. He’d sit there and stare at people. And just like Andy, he didn’t say a word.”

As everything went well with Andy and Archie, he decided to get a second one, Amos. Then, Archie stopped his trips with Andy so as to have time to play with Amos at home. The breed’s influence is evident in Andy’s works as well.

Behind the man renowned for his fashionable ensembles of bow ties, stripes, and smart trousers are dachshunds Stanley and Boodgie. British painter David Hockney admired his sausage dogs so much that they are frequent visitors in Hockney’s studio. They are often seen snuggling with each other as they watch their owner stroking in every painting.

The stars, Stanley and Boogie, had an entire picture book entitled Dog Days. Hockney dedicates it with the statement: “I notice the warm shapes they make together, their sadness and their delights. And being Hollywood dogs, they somehow know that a picture is being made.”

Is it mere coincidence that these legends in the art industry had a dachshund in their life? Perhaps there really is captivating to these adored sausage canines.

Dachshunds, as well as the miniature variety, have endless devotion for their people. A good example of this is a sacrifice made by Leo in saving a ten-year-old girl from an attack of a larger canine. Leo jumped into the scene without traces of hesitation, distracting the attacker’s attention to him. To honour his heroic act, a bronze monument was built in the children’s playground with words inscribed: “To all the small dogs with big hearts.”

There is always the infamous costume of a hotdog that works best with these pooches. Moreover, they have effortless photobombing skills, which made them even more adorable.

With their silliness, are mini dachshunds good with babies? Yes, they are, when raised with proper socialisation.

These sausages are full of energy. As such, it is unsurprising to see them excel in sports competitions, including agility. Just a little reminder from the Dachshund Club of America—be extra careful with their jumps as they can easily injure their back.

One of a kind

It is not just their personality that earned them with millions of fans but their downright adorable appearance as well. Dachshunds come in various sizes, colours, and coat types that address any of your preferences.

Many dogs love bananas. Can cats have bananas too, or should pet parents keep these fruits to themselves? Evaluate the benefits and risks of feeding … END_OF_DOCUMENT_TOKEN_TO_BE_REPLACED 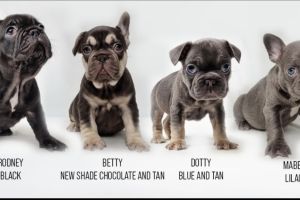 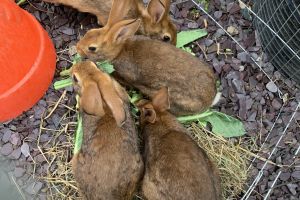 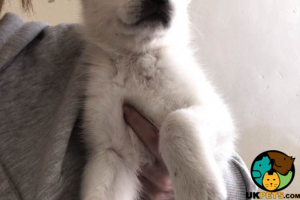 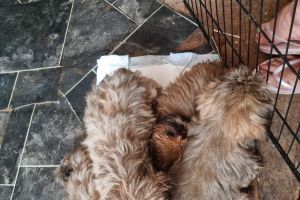