Alabama rot has stricken in the first weeks of 2019, killing two dogs already. Two confirmed cases occurred in Redruth, Cornwall and Lostock, Greater Manchester. After last year’s record toll, dog owners should be reminded to keep canine pets off muddy areas. This is to keep the four-legged friends from picking up the deadly disease.

Alabama Rot in the UK

Info: Whilst the disease’s cause is still unknown, it is said to be associated with the E.coli bacteria. The said bacteria could ‘thrive in cold, wet soil,’ as one report said. It is also said that once Alabama rot sets in, it is ‘often already too late’ for the animal.

In 2017, there have been thirty-seven deaths recorded and in 2018, there are more than forty-six cases in the UK that have been confirmed. Excluded on the said numbers on Alabama rot cases in 2018 are four deaths of canine in December alone. December 2018 deaths happened in Putney in Greater London, Portreath, Cornwall, and Caterham and Woldingham in Surrey.

CRGV has only begun manifesting in the UK in 2012, although the disease was already identified in the USA since the 1980s. It was first observed in the state of Alabama.

What Is Alabama Rot?

Alabama rot is a fatal disease that targets the blood vessels of the kidney and skin of dogs, and affects any breed, age, or sex. The damaged vessels then develop into a clot, damaging the lining of the kidneys and other tissues in the affected organ. Whilst it does cause skin ulcerations, it is the kidney damage leading to failure that can be fatal for canine pets.


The mysterious Alabama rot has not been reported to affect rabbits or cats.

What Is the Treatment?

As soon as symptoms emerge, especially the sores on the parts of the dog closest to the ground, the animal must immediately be brought to a veterinarian for treatment. The earlier the disease is caught, the better the chances of canine recovery.

The vet typically treats the skin lesions and provides supportive therapy in cases of renal infection. Vets in the UK have been able to treat infected dogs successfully since 2013.

How Do I Prevent My Dog from Getting Alabama Rot?

Veterinarians and canine health advocates have recommended a number of precautionary measures to dog owners to help keep their furry friends Alabama rot-free.

Although vets agree there is no guaranteed way to Alabama rot-proof canine pets, the best recourse in cases of infection is immediate treatment by a veterinarian.

Info: Currently, Alabama rot cases have been confirmed in the following areas:

Share this article with fellow dog owners to protect more dogs from getting this deadly disease!

You can also share your thoughts in the comments below.

Dog Grooming: Should You Do It Yourself?

Dog Grooming: Should You Do It Yourself?

Many dogs love bananas. Can cats have bananas too, or should pet parents keep these fruits to themselves? Evaluate the benefits and risks of feeding … END_OF_DOCUMENT_TOKEN_TO_BE_REPLACED 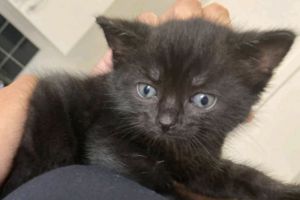 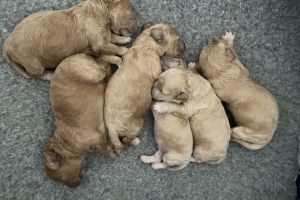 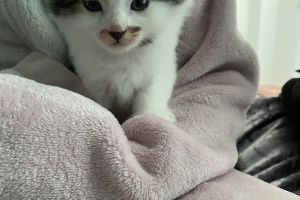