At first glance, the old tyme bulldog may project an overall ‘grumpy’ appearance. Having a thick and broad body build, these bulldogs look formidably powerful. In fact, physical similarities between this breed and their cousins, the English bulldogs, are evident. However, this breed is more than how they look. These notorious slobberers might be the perfect fit in your family picture.

Old tyme puppies may cost more upon purchase as well as the actual ownership. On the other hand, this is the best choice for first-time owners ready to dedicate their time for puppy training and other necessary ones.

Old tyme bulldogs are good pets for families that will not leave them for long periods of time. They are best suited to households where one person can accompany him whilst the rest is out. When left alone for a long time, this breed often suffers from separation anxiety, which may lead to destructive behaviours.

Moreover, they are low-maintenance when it comes to grooming. Old tyme bulldogs have short coats close to the skin. It only requires a weekly brushing to keep their coats glossy and clean. Knowing that this bulldog enjoys being groomed is another good point for keeping this pooch. The health of an old tyme bulldog is evident on his skin and coat. It is important to regularly check its folds or wrinkles, especially on its head and muzzles, to prevent skin problems or dirt build-up.

Despite having a bad reputation under the belief of being an aggressive breed, the old tyme bulldog loves being in a home where there are children. Such rumours are due to the initial objective of bulldog breeding, which is to bait bulls. Bulldogs, in general, have a notable relationship with children and other pets. However, considering their large size, this breed is not the best choice for families with babies or very young children. They could be clumsy with their heavy built and easily knock over a young child.

Further, an old tyme bulldog and very young children should not be left together unsupervised. It is very important to teach children how to properly behave in the presence of dogs, most especially during mealtime and playtime. Training is the vital key to strengthen the bond between dogs and its family.

Old tyme bulldogs and other pets

A well-disciplined and well-socialised bulldog fairs well with other dogs and pets. This is particularly true when the said pooch is reared together with a family cat.

The old tyme bulldog has a calm temperament. That being said, they are not known to have a very high prey drive, unlike other breeds. However, it is still likely to chase down other cats, although not as fast as any other dogs. Old tyme bulldogs move at their own pace, which is quite slow but powerful.

Tip: To assure everyone’s safety, it is best to be cautious during the bulldog’s interaction with smaller animals and other pets.

Just like any other puppies, old tyme puppies are playful. As they mature, they are still quite boisterous and enjoy a good interactive game or more with people they considered as family.

It is very important to be extra cautious when handling an old tyme bulldog during a hot weather. Remember that this pooch is prone to overheating, which may lead to a life-threatening condition.

Old tyme bulldogs, like other bulldogs, have a strong sense of protectiveness. Bulldogs are known to be loyal to every member in their pack, which includes children. It is quick to bark and notify owners as soon as it senses anything strange or the presence of strangers. This breed is not known as an excessive barker; it only barks when it finds a concrete reason to do so. However, they are not the best choice to be kept as watchdogs due to their calm and easy-going character.

As with any other dog breeds, any changes in diet should be done or introduced gradually to prevent any stomach upsets.

An adult old tyme bulldog should be fed accordingly:

It is best to keep your bulldog happy with the right amount of exercise to burn off any excess of calories. Having a well-balanced bulldog is less likely to suffer from obesity, a condition that should not be taken lightly as it can lead to other health complications.

The winter season does not only bring in a festive ambiance and cold weather. It also drags along a number of threats that can endanger our dog’s … END_OF_DOCUMENT_TOKEN_TO_BE_REPLACED 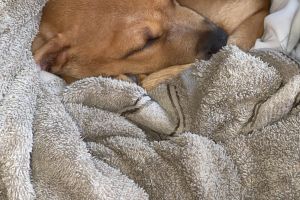 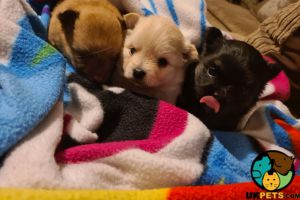 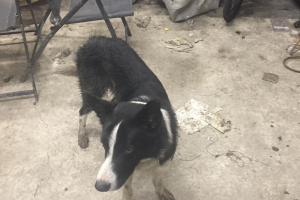 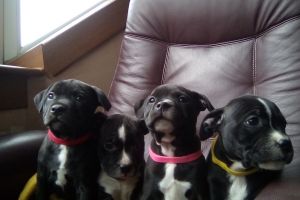