Last year, Wirral Council proposed a dog ban on 117 public spaces in order to curb dog fouling and other incidents, such as dog attacks to the residents. However, the dog ban incited fury among pet owners, which 8,500 people petitioning against it. In the end, it was not implemented but the council is putting together a revised proposal.

Other councils stepped up and conceded to creating their own dog ban after Wirral Council disclosed its own proposal to ban dogs from entering 117 sports pitches, playground, and picnic areas. Both Borough Green Parish Council and Powys County Council intended dog bans primarily to stop pooches from befouling areas designated for public use. It does not only include BSL (breed-specific legislation) dogs but the entirety of canines.

The latter’s decision stirred displeasure amidst pet owners after it proposed to “ban all dogs” from entering public premises. The consideration of implementing a dog ban is in retaliation to irresponsible dog owners who do not observe cleanliness by not cleaning up after their dogs.

On the other hand, this decision raised the hackles of responsible dog owners. Some of them complained on Facebook. Carol Martin posted, “Not fair on us owners who do clear up, my dog needs space to run around and play.”

Posters and leaflets are circulated around the town and magazines advising dog owners and residents alike to observe that dog fouling is a serious health hazard and should not be taken lightly. It encourages them to clean up after their dogs. However, the council made a point that if there are no further improvements after these efforts, then the ban might be implemented. “We have to do something about it, and a ban is the first step. Dog fouling is distasteful. If we see a noticeable reduction, the ban won’t go through, but it is entirely up to the dog owners,” the council stressed.

Last year, Powys County Council proposed a PSPO (public space protection order) that bans dogs without a lead from chosen public areas and dogs banned entirely from other areas. It is a three-year-long PSPO that targets dog fouling. Although the council considers dog bans after receiving complaints of dog mess in public areas, it still intends to hear the opinions of the town and community council before coming to a conclusion.

Last year, dog bans were getting prevalent on different beaches across the UK. The councils in Hartlepool, Teignbridge District, and Vale of Glamorgan implemented these bans last year. It is worth noting for dog owners that this is only a seasonal ban. It starts from the 1st of May and lasts until the 30th of September.

Phil Hepburn, the team leader of the Enforcement Services, shared his thoughts regarding the matter saying, “We feel that the seasonal ban on dogs is necessary to ensure our most popular stretches of beach are clean and tidy and attractive to visitors who, in turn, spend money that provides a vital boost to the local economy.”

Despite postponing its dog ban on various beaches, Wirral Council created a list of public spaces where walking dogs are strictly prohibited. This is not only to attempt to tamp down dog fouling but also other incidents such as dog attacks.

Dog attacks: another reason for the dog ban

In recent years, the number of dog attacks has risen significantly in Wirral. According to Ipsos Mori Residents Survey executed in 2017, there were only 23 cases reported in 2012; however, it has grown to 170 in 2017. Additionally, there were 18 recorded attacks between April and July of 2018. The council anticipates that these cases will climb higher in the following years.

The survey furthermore states that dog attacks are also a prevalent issue that elicits hundreds of grievances from residents all year long. It highlights the importance of every member of all parties’ awareness regarding this matter. It encourages the residents to be informed through the use of social media, the local press, community outreach, or member surgeries.

Even before the incident of banning the entirety of dogs, there has been already a list of banned dog breeds in the UK. These breeds are pit bull terrier, Japanese tosa, Dogo Argentino, and Fila Brasileiro. These dogs were considered harmful to the public according to the Dangerous Dogs Act 1991.

This law also makes it illegal to own, breed, sell, give away, or abandon any of the dog breeds listed above despite the animal’s behaviour or temperament. The authorities have the power to seize dogs that might fall into suspicion of being a part of the illegalised breeds. It shall be scrutinised by a specialist whilst being held in a police-appointed kennel pending examination.

If the examination results show that the pooch belongs to the banned dog breed, then the owner is entitled to go to court in order to keep it. He must prove that he is a responsible owner and the canine must not be dangerous to the public. Furthermore, there can be no change in ownership of the dog unless the pet owner either dies or incapacitated. Therefore, if the owner is incapable of looking after it or the canine ends up being a stray, it cannot be rehomed and must be put down.

On the other hand, a number of key recommendations were outlined by the committee. First, it recommended that awareness campaigns are a must in order to educated children on how to stay safe around dogs and encourage responsible pet ownership. Second, if the dog belonging to the banned breed is considered safe, then the ban on moving the dog must be lifted directly. Third, owners who are incriminated in low- to mid-level offences are required to join mandatory dog awareness courses. Lastly, there should be an independent review regarding dog attacks and look into the possibility that banned dog breeds do pose an inherent threat.

There is a dispute about the puppy training pads’ effectiveness in potty training. Some attest that they helped pups move forward in training, whilst … END_OF_DOCUMENT_TOKEN_TO_BE_REPLACED 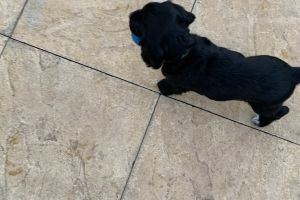 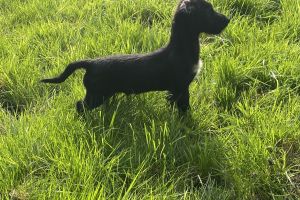 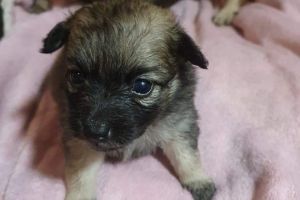 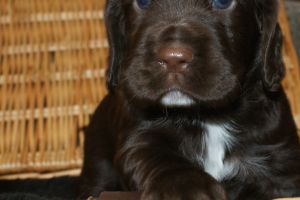