Dog Bloat: What Are the Signs and How Do You Treat It?

Last year’s study on dog bloat occurrence and survival rates in the UK revealed compelling results. Gastric dilatation-volvulus (GDV), the medical name for the condition, affects about 6 in 1,000 dogs. However, when dog bloat does set in, it often leads to a fatal result.

In fact, only 49.7% of dogs affected with bloat survived and returned home. For dogs that were already fit when they arrived at the veterinarian’s clinic, 80% of them managed to return home recovered.

This shows that although dog bloat is quite rare, it is life-threatening for canine pets if not attended to immediately. Read on to know the probable causes behind dog bloat, its early signs, and ways to treat it.

What is dog bloat?

The oesophagus then gets blocked, and the contents in the canine animal’s stomach are trapped. Then the stomach fills with gas and expands, causing much pain to the dog.

The stomach is not the only organ that twists. The spleen may also rotate, leading to the blocked circulation of the veins, which crucial for blood flow to the dog’s heart. This cuts off the blood supply, which can cause systemic shock and blood poisoning.

Will a dog with bloat poop?

No, dogs with bloat will often have a hard time eliminating. Their twisted stomach prevents them from doing so. They may experience diarrhoea, but there will be no hard stools. Belching and farting are also difficult to do for pooches with dog bloat.

How long does bloat take to kill a dog?

If dog bloat is left untreated by a veterinarian, the affected canine will die within hours. Many dog owners may be worried and wonder, “what should I do if my dog is bloated?” or “what relieves bloating fast?”

Dog bloat is dubbed as “the mother of all emergencies.” This condition cannot be resolve by itself or through DIY home treatments. Thus, if your dog shows symptoms of dog bloat, take him to the vet immediately.

What dog breeds are at high risk of bloat?

Whilst all dog breeds face the possibility of developing bloat; studies show that large and giant dog breeds are more likely to be affected by dog bloat.

Large breeds with deep chests and narrow waists also have more likelihood of developing this condition. Listed down are the breeds that are prone to dog bloat:

What are the risk factors of dog bloat?

A dog breed’s size and particular physical traits are not the only observed risk factors of dog bloat. According to research, the following also contributes to the development of this life-threatening condition:

What are the first signs of bloat in a dog?

Now that you know why dog bloat is a very deadly condition in dogs, it is very important to spot its early symptoms.

What does bloat look like in dogs? The following dog bloat symptoms typically occur rapidly and last for as long as the pooch is left untreated:

How is dog bloat treated?

Gastric torsion is considered an emergency condition. If you believe that your dog is experiencing bloat, bring him right away to a vet clinic.

How will the vet treat dog bloat?

The dog is usually expected to remain in the clinic for 48 hours. The patient needs to be medically supervised as there is a possibility that toxins released by the affected tissues may lead to various fatal complications. Heart failure may also occur up to 72 hours after treatment.

Dogs that suffered from bloat and were treated have 70–75% chances of experiencing it again. And dog bloat may reoccur in more than half of the dogs within 3 months.

Some pet owners have their dogs’ stomachs surgically set to the body wall to prevent reoccurrence in the future. This surgical procedure is called a gastropexy. According to studies, only 6% of dogs that have undergone gastropexy experienced another dog bloat episode.

How to prevent bloat in dogs

To this day, it is still not clear why dog bloat occurs. As such, the following preventive measures are the best ways to avoid this problem, especially for dogs that already had bloat:

Time is the culprit

When you see signs of dog bloat, do not try to treat the bloat yourself. Get your dog to the vet immediately to maximise the chances of surviving GDV. According to the study mentioned, time is the real killer, not dog bloat.

Did you find this information helpful? Share this with fellow dog owners!

Can Dogs Eat Coconut? If So, What Are the Benefits?

Can Dogs Eat Coconut? If So, What Are the Benefits?

5 Cases of Dog Vomiting and When Should You Worry about it?

5 Cases of Dog Vomiting and When Should You Worry about it?

Are slugs poisonous to dogs? The answer to this question is not cut-and-dried. Many types of slugs do not create dangerous toxins in their body, but … END_OF_DOCUMENT_TOKEN_TO_BE_REPLACED 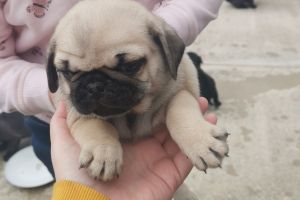 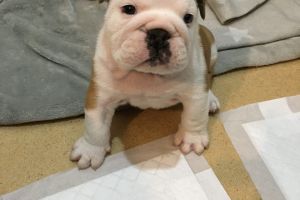 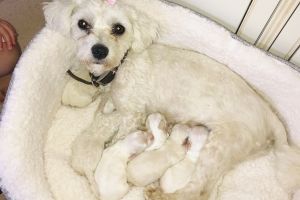 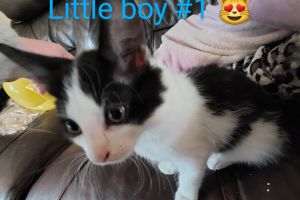