When you see two dogs begin fighting right in front of you, what do you do to break it up?

If you have done any of these choices, you probably know which one is more effective. And that is letter b, which is basically distracting canine fighters to take the steam off their brawl. But that is not the only way to break up a dogfight, especially when the encounter is very intense.

Before we talk about the most effective way to stop a dogfight, let us take a look at what you should not do. We’ll also discuss how to read the signs that tell you that a fight is coming. Knowing these signs will help you effectively break up a canine scuffle within the shortest time possible. This way, you protect your furry friend from being harmed by or aggressively engaging with other pooches.

NEVER Do These During a Dogfight

As mentioned, screaming at fighting hounds and pulling them away by the neck are bad ideas. The added noise can agitate them further and even intensify the brawl. If the fight is very serious and intense, both dogs will not hear you at all. They are concentrating on each other and have become oblivious to everything around them.

Also, pulling them apart will only get you injured. It is akin to joining the fight and making it a three-way encounter instead.

How to Spot the Signs and Prevent a Fight

Prevention is better than a full-blown situation. If you see the following signs, take action before it escalates to a full-blown brawl:

When you notice many or all of these signs in your dog, take him away from the cause of his aggression. Move him to another place or put a barrier. You can also distract him with a toy.

Trivia: The attacker in a serious dogfight is quiet, whilst the victim squeals. Both dogs may not even make a sound whilst they are fighting. In an ordinary fight, both dogs may exchange loud vocalisations (a lot of roaring and snarling from both). According to dog psychologist Dr Stanley Coren, this kind of canine argument usually takes care of itself. It does not necessarily need human intervention. It goes on for only a minute before both reconcile or do something else as if nothing happened.

The Safe Way to Stop a Dogfight Quickly

When a canine scuffle breaks out:

You need a clear head to assess the situation and identify whether it’s just a canine argument or a full-blown fight. If you are dealing with the situation alone, you need to determine the attacker or the more aggressive pooch. He is the one you need to take care of first.

The safest way is to throw a jacket, blanket, or some other cloth that can effectively cover their eyes. If the cloth is not very wide, throw one on each dog. If the fight is outdoors, you can hose both pets to break their frenzy. Indoors, you can throw a bucket of water on them. You can also spray some citronella or vinegar right above them to distract them. If your dog had a bad experience in a dogfight, it might be a good idea to carry an air horn with you during walks.

Once they’re distracted, work on pulling them apart by their back legs right away. This process must be done for both fighters at the same time. Stand behind the dog, grab his back legs, and hold them up. This throws the pet off balance and makes him let go of his bite. The top pooch should be the one pulled away first.

Then, carefully walk backwards following a circular pattern. This helps disorient the dog and prevent him from turning around and attacking you instead.

Tip: Check for injuries only after the dog is no longer agitated. For visible wounds, take him to the vet immediately.

If your dog tends to display aggressive behaviours, as detailed in the list of signs, train him out of them. You should also avoid aggressive play with him (e.g., tug of war). This will help prevent future fights.

Socialising adult dogs may seem like a daunting task as some full-grown pooches are set in their ways. However, all hope is not lost. There are many … END_OF_DOCUMENT_TOKEN_TO_BE_REPLACED 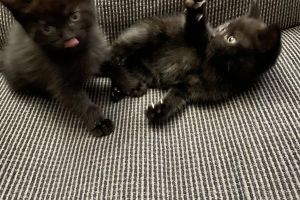 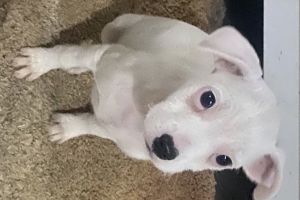 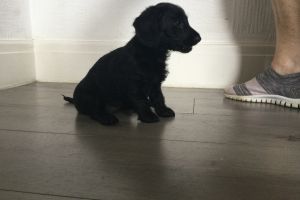 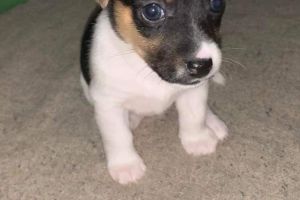