All dogs are heroes in their own small ways. As 2018 has just ended, it is time to list down touching dog stories involving brave and incredibly talented dogs. We have a collection of stories featuring canine heroes that have indelibly imprinted their paws on humans’ heart. We seek to honour such remarkable canines—from those that saved the lives of thousands of people, helped us heal and assisted us in every courageous way, and to those that stand as brave survivors against animal cruelty.

Braveheart, a two-year-old mixed breed, was named after her strength of character as a rescued bleeding dog from a side road in China. She was found tied to a pole with her two bleeding front legs waiting for potential butchers to buy. A team of local animal protectors spotted the canine just in time to save her from the clutches of a butcher, and she was immediately provided with medical treatment. To save her from the risk of fatal infection, her two damaged legs had to be amputated.

Days after being rescued, everyone was relieved and amazed by the dog’s fast progress and determination to heal. She was named Braveheart after the white heart-shaped patch on her head as well as her remarkable character. With the aid of a temporary walking frame with wheels, Braveheart was able to manoeuvre herself to walk on her back legs.

Watch this video of Braveheart’s progress with the help of her supporters:

Braveheart was given a second chance of life with Amanda and Tobias Leask, their son Kyle, and Miracle, a fellow dog meat survivor. ‘Braveheart has come from hell to happiness. She was meant to end up on someone’s plate, but instead, she is here.’

Sir Jack Spratticus is a rehomed border terrier and is amongst the five rescue dogs winning for Crufts 2018 competition of Friends for Life award. Sir Jack, with his owner Vanessa Holbrow, was hailed as the winner after garnering the most votes in the public poll across the UK.

Vanessa welcomed Jack at the age of thirteen months as his fourth owner. Back then, Jack was known to have behavioural issues. After a year of participating in dog training classes together, Jack and Vanessa have created a special bond.

‘Jack has been a Godsend for me and has had a huge impact on my life,’ says Vanessa. Sir Jack helped Vanessa in her battle against borderline personality (BPD), dissociative disorders (DD), complex post-traumatic stress disorder (CPTSD), and an eating disorder. Unfortunately, there are times when they would be separated for a long time when Vanessa has to be hospitalised.

‘ . . . but he has been there to help me recover. He’s taught me what love is,’ she added. Their dual force helped Vanessa gain the confidence and motivation to speak in public and write articles raising awareness on mental health issues.

This is a touching story of a dog with a terrible past of having so many people giving up on him, but Vanessa never did. In return, Jack became Vanessa’s best companion.

After turning into his golden age, Willow was turned over to a slaughterhouse by his owners. However, he was handed over as a rescue dog because he ‘didn’t offer much meat.’ That was when Willow’s luck began. Willow is now making public appearances to raise awareness on animal welfare matters, such as the cruelty of the dog meat trade. He also appears in reading programmes or animal-related books helping spread awareness to children with disabilities as a therapy dog.

Willow stands as a canine survivor of the South Korean dog meat trade. He also serves as the face of the Animal Rights Club with the campaign moniker ‘I Am Willow I Am Not Food.’

RELATED: Brexit Bill: Eating Dogs and Cats Could Be Made Illegal in the UK

Chi Chi was found in South Korea inside a bin bag with her worn legs bound and is already in a condition of necrotising fasciitis. It is evident that she was left to die. The medical team was left with no other choice but to amputate all four of her legs.

At her first meeting with her owner, Elizabeth Howell, Chi Chi remains anxious around people. In time, she was able to realise that she is safe and she began to trust people again. Fortunately, she is quick to adapt to her first set of custom prosthetics. In fact, she is now spending her happy days as a certified therapy dog.

‘When people meet Chi Chi, they are inspired by her courage, perseverance, ability to overcome adversity, and her never-give-up attitude,’ says Howell.

Chi Chi, a golden retriever and a quadruple amputee continues to inspire people around the world as American Humane’s 2018 Therapy Dog of the Year.

K-9 Flash was at the threshold of his death when he was given a chance in life. Luckily, the Yakima Police Department found her the day before she was to be euthanised in an animal shelter.

‘She was in an animal shelter and she was deemed unadoptable because of all the energy she had, but we were able to refocus that energy,’ says Jason Johnson, Flash’s current and initial owner.

The department conducted a Narcotics K-9 course at the Washington State Patrol Academy in September 2005. It is a course that evaluates the skills of shelter dogs based on their ability to hunt, track, and retrieve. Flash surprised them by giving excellences on all areas. She graduated with a 100% score on her certification with expertise in narcotics detection.

During her employment as part of the team, she was able to cover 3,000 deployments with over 2,200 narcotics-related finds and seizures. Now, Flash serves as the inspiration behind the project called ‘K-9 Hero.’ This is a national non-profit project with the aim to take care of retired K-9 Heroes covering expenses on their food, medical assistance, and other services.

Many rare dog breeds have gone to near extinction in the past, leaving them few in number. They are so scarce that estimations can only be made about … END_OF_DOCUMENT_TOKEN_TO_BE_REPLACED 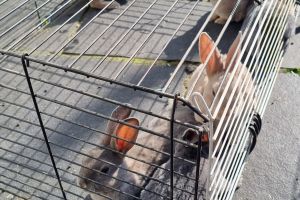 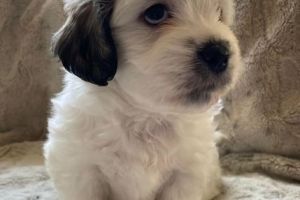 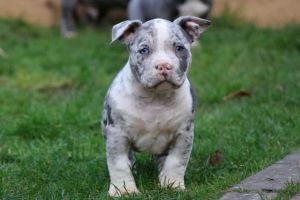