You don’t have to understand dog barks to be closer to your furry friend (although that can help). According to researchers, speaking to your dog the same way you talk to babies will draw him closer to you. Do you do dog communication this way?

Psychologists at the University of York conducted experiments that found people who used a high-pitched tone in talking to dogs earned more attention and preference from the canine participants.

‘Infant-directed speech (IDS) is a special speech register thought to aid language acquisition and improve affiliation in human infants,’ said Dr. Katie Slocombe, one of the authors of the study. ‘This form of speech is known to share some similarities with the way in which humans talk to their pet dogs, known as dog-directed speech (DDS).’

She further explained that whilst this type of speech is common amongst people interacting with dogs, it isn’t known whether this produces the same enhanced bonding effect with hounds as with babies. And that is the question that the study aimed to answer.

How the Dog Communication Tests Were Done

Past experiments involved humans talking to a dog over a loudspeaker without being in the same room as the pooch. That is not the case with this study.

Both human and canine participants were in the same room throughout the tests, thus making the setting natural for the animals. Adult dogs were made to listen to a person talking to them using dog-directed speech and with dog-related topics. Statements like ‘you’re a good dog’ and other phrases relevant to the dog were used.

The researchers also set up another scenario where another human spoke to the dogs using adult-directed speech and with content totally unrelated to dogs. An example of that is, ‘I went to the cinema last night.’

The psychologists then recorded the dogs’ behaviour during the tests. Then, they let the hounds select which speaker to engage with.

According to Alex Benjamin, the study’s co-author, the dogs were ‘more likely to want to interact and spend time with the speaker that used dog-directed speech with dog-directed content.’ He also said the dogs did not show a preference for any speakers in the scenario where the speech and content were mixed up.

The researchers concluded that adult dogs want to listen to dog-relevant words that are spoken using a high-pitched, emotional voice.

How These Results Help

If you’ve been using ‘baby talk’ in speaking to your dogs, the findings of this recent study encourage you to carry on proudly. You may even want to consider moving on to the fine art of understanding dog barks!

If you have issues with getting your dog’s attention or establishing a better bond with a new canine companion, try speaking to him in a higher tone moving forward. And according to a 2017 research presented in Proceedings of the Royal Society B, talking to a puppy in an even higher pitch helps him pay more attention to you.

Further, training puppies and adult dogs can also be more effective when you use hand gestures alongside the high-pitched tone. That’s because dogs can understand the intentions of human gestures in certain situations, unlike chimpanzees or wolves. This is interesting considering wolves are the closest relatives to our canine pals.

Are slugs poisonous to dogs? The answer to this question is not cut-and-dried. Many types of slugs do not create dangerous toxins in their body, but … END_OF_DOCUMENT_TOKEN_TO_BE_REPLACED 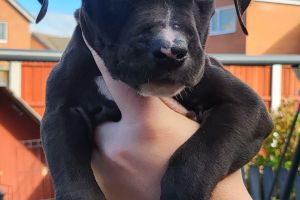 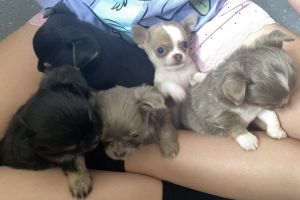 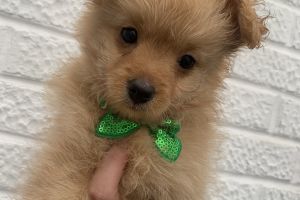 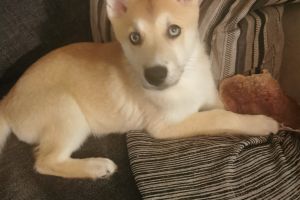