Daisy Welling is a K9 behaviour trainer and a passionate dog lover. She is also a proud owner of a lovely three-year-old Pomeranian, Poppy. Daisy has owned four other dogs in the past twenty years and has learned so much from all of them. In this article, she will be sharing those golden lessons with us.

Contrary to popular belief, being a pack leader does not mean dominating your pets. Being a pack leader means showing your leadership, which enables you to gain your dog’s respect and train him effectively. As I have said, dominant is not the same as dominate. I will explain that further through these 8 ‘golden rules’ that I live by as a pet parent and pack leader.

Rules add order to your household and help your pet become a well-behaved companion. When you set rules, follow through them consistently so your dog does not get confused and test boundaries. Consistency is key in instilling good behaviour in your dog.

Dog obedience can deteriorate when there’s confusion on what your dog is allowed and not allowed to do. If nine out of ten times you forbid your dog from jumping on the couch, the one time you allow him is the moment that he would remember. So even if you say “no” repeatedly, he will make subsequent attempts until you give in.

Dogs respond to commands largely due to the tone, pitch, and volume of their owners’ voice. They may not fully understand the words but they sense the emotion and energy behind them. So when you give out a command, your dog can pick up on your intent to communicate with him. He pays attention not only to what he hears but also to what he sees. He is attuned to your posture, gaze, and non-verbal communication signals. So when you ask your dog to do something, you must do so with confidence and firmness.

3. Use only one command followed by a pause.

Dogs don’t understand words. It’s the tone of your voice that does the talking. As such, you don’t need to say so many things. Just one command uttered with conviction, followed by a pause, will speak volumes to your pet. Repeating the same command too many times make your command becomes a white noise which your dog will no longer follow.

For example, when I catch Poppy carrying off one of my socks, I tell her, ‘Drop it!’ Although she does stop, the sock is still in her mouth. Sometimes, she tries to take another step forward, testing my leadership. Unfortunately for her, I stand my ground. I approach her calmly and ask her to release the sock, which she does. She ends up getting some lap time after that.

Read: Why Do Dogs Tilt Their Heads When You Speak to Them?

When our dogs get nervous, we often find it difficult to resist hugging or petting them. It’s our instinctive way of giving protection and reassurance. But by petting them, you are feeding and encouraging that nervous energy. Telling them ‘it’s ok’ will even make it worse as they will think you are telling them it’s all right to be nervous.

Instead, help your dog move out of that frame of mind. Do so in an assertive manner and without losing your cool. Let me share with you an experience to illustrate my point.

Back when I still had Sidney, my Doberman, we had an excursion in the French Alps during a holiday. We were in the middle of nowhere and all we could see was snow. Of course, I had him on a lead. Suddenly, three huge dogs appeared and ran up to us, barking, showing their gums, and foaming at the mouth. I knew we couldn’t fight them off. I also believed the only way to defeat them was by projecting energy stronger and more authoritative than theirs. So I opened my arms and told them to go away in a deep firm voice.

The battle of energies only lasted 10-15 seconds, after which the big dogs backed off and ran away. To me, the whole encounter felt like it went on for hours. That entire time, Sid was quietly hiding behind me. We looked at each other after the dogs ran off. We shared a mutual understanding of who the leader is in our pack.

Be strong and confidence in situations like this will make your dog look up to you and even strengthen your bond.

5. Don’t run after a follower.

We need our dogs to come to us when they are commanded, especially on outdoor walks. It’s also for their own safety. If your pet doesn’t return to you when you call him, he probably thinks he’s not the follower in your pack. Show him who leads whom by:

Don’t run after your dog, tell him off, and then let him off again. He will not learn from this kind of interaction. That’s because your dog is smart enough to know that a leader doesn’t run after a follower.

Also, even if your dog already has a strong recall, he needs a refresher training session every so often. You can use each walking opportunity to do that.

Read: The Ultimate Guide When Hiking and Camping with Dogs

If you want to instil discipline and obedience in your dog, you must be able to identify all his triggers and learn to anticipate his behaviour before he reacts to a situation. It’s all about timing and seeing things before your dog does—that’s one of the marks of a good leader. For example, you should be able to spot the squirrel behind the tree or that nervous dog you are about to walk past so that you can prevent your dog from making unwanted reactions.

The leading must not stop at feeding, walking, or training. It should also be practised even in the simplest day-to-day routines. Doing this constantly reminds your dog who leads the pack.

When I walk Poppy, I always walk out the door first. I do the same thing when we enter other homes or establishments. This tells her that I am the leader and that she follows after me. Poppy may be a bit stubborn but she has eventually learned to wait for me to go through doors before she does.

Perseverance wins the prize! I should know—Poppy learned to be a well-adjusted dog after weeks and weeks of house-training. Just continue to be consistent with your training strategy and be firm on the rules and your dog will eventually get it. Remember that your pet speaks a different language so it will take some time before your dog learns your way of communicating with him.

Patience is key as the training process can’t be rushed—good things take more time to accomplish! Expect to repeat training lessons and corrections until your dog learns.

Owning a bunny entails knowing the potential deadly rabbit diseases they are vulnerable to. By understanding the causes, symptoms, and possible cures … END_OF_DOCUMENT_TOKEN_TO_BE_REPLACED 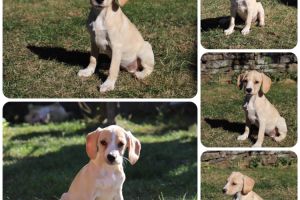 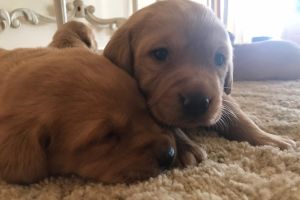 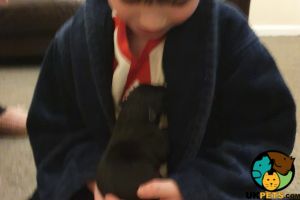 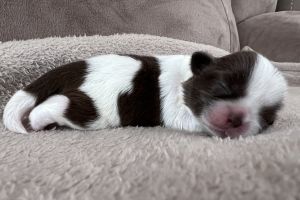