Over 2,000 Dogs Get Dognapped Each Year in the UK – This Is How to Keep Your Dog Safe

The number of dognapping cases has significantly ballooned since the start of the pandemic. According to statistics, over 2,000 dogs have been stolen in 2020 and 2021 in the UK.

More alarmingly, 98% of dognappers were never jailed, and in more than half the cases, properly identifying the perpetrators was a failure.

Now more than ever, pet owners must stay extremely vigilant of dognappers and know how to protect their dogs from such rampant danger.

How common is dognapping? Records have shown that dognapping is becoming more common and rising yearly.

Many places in the UK were tagged as dognapping hotspots due to their high rates of stolen dogs.

London ranks on top, having 422 reported incidents. It is followed by Yorkshire, with a record of 199 dog thefts in 2021. Next in line is Kent, dealing with 182 dog kidnapping cases in 2021.

The increase in dog ownership during the COVID lockdown and the rise in dog prices are believed to be the biggest factors that drive thieves to steal dogs away from their loving families.

What do dognappers do? Dognappers abduct dogs from unsuspecting pet owners. Some operate by simply luring the pooches and taking them away before their human companions notice their absence.

Other dog thieves disguise themselves as animal organisation workers. They will come up with a convincing lie that tricks pawrents into allowing the confiscation of their dogs. Some will even pose as dogsitters or dog walkers.

There are also crooks not opposed to kidnapping dogs whilst their owners are around. They will catch their victims by surprise and use intimidation tactics and violence to get what they want.

For instance, just this year, Lady Gaga’s dogwalker was critically injured after dognappers shot him and fled with the singer’s French Bulldogs.

In some cases, pets get stolen out of bad coincidence. There were incidents of carjackers stealing vehicles whilst dogs were inside.

Sadly, stealing dogs has become a highly lucrative business for thieves, especially now that pets are very in demand. Here are some of the most common ways they take advantage of abducted dogs:

Whilst dognapping for profit is common; some people would steal a dog just for the sake of owning one. They may prefer to go for purebred dogs, which are often seen as high value.

All types of dogs are in danger of falling into the hands of thieves. However, popular purebred canines are more likely to become their victims because they fetch for a high price, including:

The size of pooches is also another factor that could make them vulnerable to dog stealing. Miniature or toy breeds are easy targets because they can be carried away inconspicuously. The same goes for young puppies.

Aside from that, dog thieves tend to set their eyes on unspayed or unneutered dogs. They are commonly sold to puppy mills or illegal backyard breeders for puppy farming.

A Call for Action

Is dognapping a crime? Yes, dognapping is considered a crime in the UK, which currently falls under the Theft Act 1968. Anyone convicted of such an offense may end up imprisoned for a maximum of 7 years.

On the downside, since dognapping is classified under this law, stolen pets are seen as a loss of the owner’s property.

It means the severity of the sentence largely relies on the monetary value of the stolen item. Sadly, pets rarely have a high monetary value, leading to less stringent punishment for dog theft.

The severity of this loophole led the government to accept recommendations from concerned people in the dog community, including animal welfare groups and other experts.

Some of the important proposed changes are:

What to Do If Your Dog Got Dognapped

Time is of the essence if your canine companion has become a victim of dognapping. Here are the things you should do right away if he was stolen:

1. Report the incident to the police.

Provide them with pictures of your pet, especially the ones that highlight any unique markings. Also, tell them all the descriptive details of your pet for higher chances of identification. Do not forget to ask for a crime reference number.

2. Inform nearby pet shelters and other animal organisations.

It is common for dognappers to abandon stolen pets in shelters or rehoming centres if they cannot find a use for them.

So, make sure to contact these places. To increase the likelihood of reuniting with your pet, include informing local vets and groomers too.

3. Ask around the neighbourhood.

Talk to your neighbours if they have seen suspicious individuals lurking around before the dognapping. They might have caught a glimpse of the perpetrator or the vehicle used. This information can serve as a stepping stone to identifying the dog thief.

4. Distribute flyers in your area.

Hand out flyers in prominent places in the area where your dog was dognapped. Use bright neon posters to easily catch the attention of passers-by. Make sure to place your contact information and a clear photo of your pet.

Include some of your pet’s unique physical traits but not all of them. If someone calls, informing you that they found him, inquire about these unlisted characteristics. This way, you can confirm that they are not scamming you.

Additionally, if you plan to include a reward, leave the amount unspecified. Otherwise, the dognappers will use this to their advantage. Never provide a cash reward without your dog getting returned or the police around.

5. Talk about it on social media.

The internet is a powerful tool that could help you find your stolen dog. Ask your family and friends to circulate a post on social media platforms containing your stolen dog’s recent picture, where he was last seen, and other relevant details.

It is also a good idea to post in lost-and-found animal groups. Since they are typically full of pet enthusiasts, you will gain more people who are dedicated to finding your kidnapped pet.

Dogs that are stolen to be resold as pets often end up getting advertised on pet websites.

So do an internet search every day on pet sales that matches your pup’s description. We also recommend checking your local newspaper and pet shops for the same reason.

In the event that your stolen dog is successfully found, prepare the necessary papers that will prove your ownership. Bring documentation like up-to-date vet records, adoption papers, or purchase receipts.

7 Ways to Keep  Your Dog Safe from Dognapping

Dognapping can happen anytime, anywhere. Thus, always be on high alert and follow these helpful tips on how to prevent dognapping:

1. Spay or neuter your furry pal.

Lower your dog’s chances of ending up in a puppy mill or backyard breeder by getting him fixed. Many dog thieves who unknowingly kidnap fixed pooches often abandon them on the road or leave them in animal shelters or rescue centres.

A kidnapped dog resold to a new owner might potentially get his microchip scanned by the vet.

Thus, any contact detail changes you make IRL should reflect in your pet’s online microchip information. Doing so will increase your chances of getting reunited with your stolen pet.

3. Make some changes to your dog’s collar and ID tags.

The following details should be the only information listed on his tags:

The last part is extremely important as it helps deter dog thieves who steal pooches for puppy farming.

4. Place a GPS tracker on your dog’s collar.

A GPS tracker allows you to monitor your dog’s location inside and outside your home. Some brands even allow you to set an alarm if he walks too far away. It is an effective tool that deters dognappers from abducting your pet.

5. Do not overshare on social media.

Dognappers might scour potential victims on various social media platforms. They will carry out some online stalking to gather information about their target’s whereabouts and daily routine.

With this in mind, avoid posting dog pictures with revealing information such as his ID tags. Make them indecipherable by blurring them out using an app. Moreover, never tag locations where you usually bring your dog to.

If the option is available, consider limiting who can see your posts too. As much as possible, do not set pet pictures to “public” unless necessary.

6. Never leave your dog unsupervised in the back garden.

Allowing your dog to explore the back garden on his own is not always a wise idea. The highest cases of dognapping occurred in the back garden of the victims. So always have an adult family member keeping an eye on your pet.

Keep off dognappers from your property by surrounding it with high and secure fences. Installing outdoor cameras is also advised in case they decide to break in. This helps in quickly distinguishing the culprits.

Other deterrents you should consider adding to your back garden are bells and gravel. Both of these things produce sounds when touched or moved, preventing dognappers from approaching in silence.

7. Do not leave your dog outside of shops unattended.

A tied-up dog outside of a shop without any supervision is an easy target for dognappers.

Before going out shopping, look for dog-friendly stores near your home so your dog can tag along with you inside. If you have to go to a shop that does not allow dogs, ask the security guard if they can keep an eye on your pet.

Another good preventative measure is to let him wear a lead with a combination lock at each end. For added security, the entire length of the lead has steel cable inside. It is very durable and only bolt cutters can cut it.

Many dognappers stalk their victims until they find the right opportunity to strike. Prevent them from nailing your daily routine by switching it up every day.

Take time to list down what you do with your dog each day. Then, swap them with other activities to create a new schedule.

Being a victim of dognapping is more than losing a pet, but also a beloved family member. Taking these precautionary measures will save you from going through the pain of losing your canine companion and the uncertainty of ever finding him again.

The mixed-breed lineage of the Yorkie Poo makes it challenging to determine if he has fully reached his adult size. With the help of this article, … END_OF_DOCUMENT_TOKEN_TO_BE_REPLACED 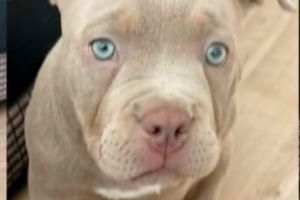 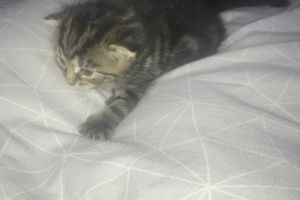 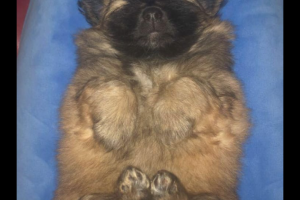 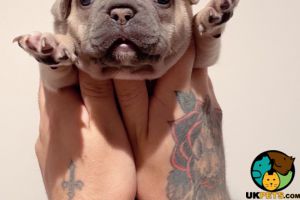