New research shows that dogs can recognise bad people and tend to be wary of them in the future. Dogs may be one of the most trusting animals known to men, but it turns out when lied upon a couple of times they too can become sceptical. It indicates how pooches’ judgment of a person’s character progressively evolves into a more refined state.

A study conducted by Akiko Takaoka of Kyoto University in Japan together with his colleagues proved that canines would lose their trust in people who lied to them. It looks like canines do not only have the ability to sniff out and detect bombs and illicit drugs but also deceptive people.

Pooches have this well-known capability to decipher human gestures. The whole point of the study was to uncover if the canine’s ability was because it comes naturally to them or they alter their behaviour depending upon the trustworthiness of the person.

The experiment includes the participation of 24 dogs and an object-choice task in which a portion of food was concealed on one of the two containers. In the first phase of the experiment, the experimenter would point at the container where there is food hidden inside. Then, participating pooches would head towards it and feast on the reward.

The second phase of the experiment mainly demonstrated that the experimenter was not reliable anymore. He would show the dogs the containers where one has food, and the other does not. Then, he would point at the empty container and urge the dog to choose it. Lastly, the third phase is done exactly like the first phase. However, this time around, the pooch lost its motivation and would not respond to the experimenter’s hints.

The study results proved that canines are exceptionally proficient in comprehending human gestures. Furthermore, the study also shows that dogs are also able to draw out conclusions regarding the trustworthiness of the person giving out the cues. Additionally, since they are able to form judgments on the person’s reliability, they are also able to alter their behaviour according to it.

Can my dog sense stranger danger?

Yes, they can. According to a study published in the journal “Neuroscience and Bio-Behavioural Reviews,” dogs can understand when a person is rude and obtrusive towards another. This might be the reason why dogs are affectionate towards certain people while they tend to be averse or aloof to some.

Research led by Kazuo Fujita, a Kyoto University professor of comparative cognition, tested three groups of 18 pooches using role plays. The pet owner was tasked to pretend to experience difficulty while opening a box. There were also two human participants that are complete strangers to the dogs in every group.

When the role play ended, the strangers offered food to the dogs. The dogs preferred to take the food offered by people who helped. The test also showed that the pooches approved to be fed by the neutral observer whilst completely ignoring any food offered by the stranger who declined to help.

These experiments showed that dogs are able to utilise past experience with certain people in order to judge the quality of their character. Takaoka even confessed that she was taken by surprise by how the dogs that participated in the experiment were able to swiftly “devalue the reliability of a human.”

Furthermore, she acknowledged that canines seem to have a more sophisticated social intelligence than we give them credit for. Their history of interaction and life with humans is the source of the gradual evolution of their social intelligence. It means that since dogs attempt to figure out the personality and nature of the person they interact with, they are then able to utilise these experiences to anticipate the future behaviour of these people.

A canine’s ability to discern a human’s behaviour even rivals or is advanced than a child’s. A study led by Kimberly Vanderbilt of the University of California in San Diego proved it by using the same experiment method as Takaoka on kids of preschool age.

The results show that 3-year-olds are likely to accept suggestions from the liars just as they did from truthful people. 4-year-olds appear to be more sceptical than the previous group of kids. However, they are still heeding advice from untrustworthy people. It was only the 5-year-olds that consistently chose to receive advice from a trustworthy person.

Dogs were known to have mental abilities that equal to a 2- or 3-year-old child. However, this time they have exceeded the boundaries set when it comes to judging human nature. Therefore, do not disregard subtle acts of affection or wariness of your pooch when it is interacting with some stranger you meet in a park or street because dog intuition can be right. It can be a sign that the person is either a keeper or just a passing face.

The fluffy French Bulldog’s unclear origins had people wondering if he is a mixed breed or a purebred. Find out how fluffy Frenchies developed this … END_OF_DOCUMENT_TOKEN_TO_BE_REPLACED 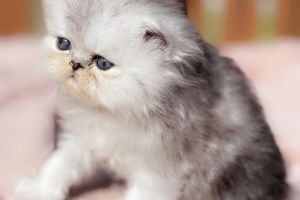 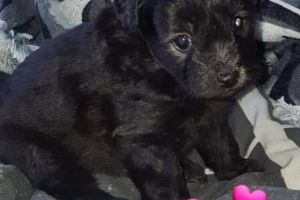 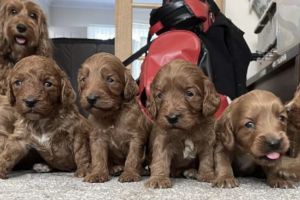 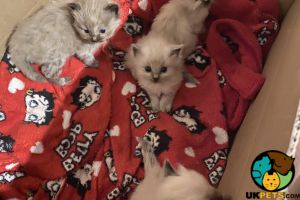